P2Daily: Blake Sabol Has Made The Most Of Opportunities 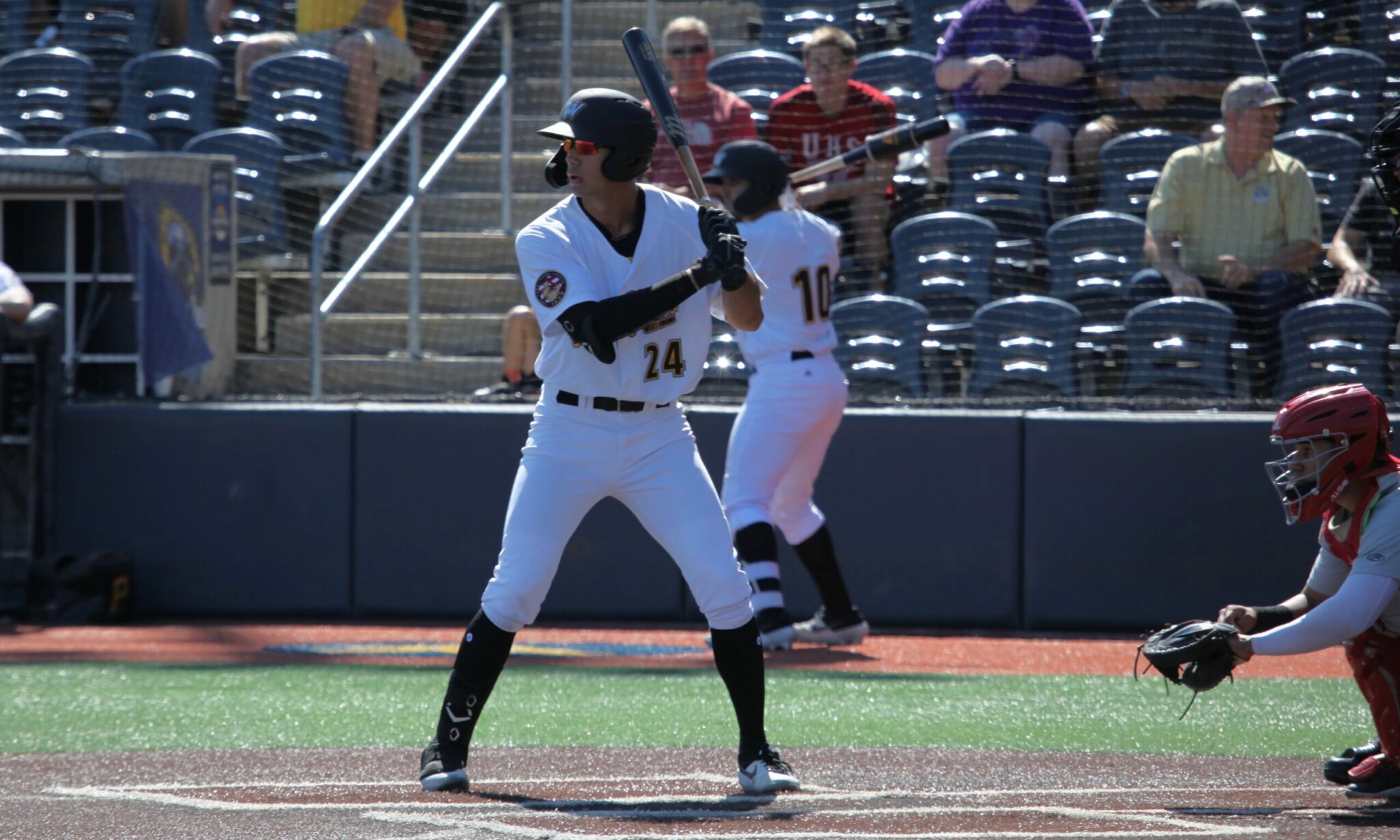 I’ve written previously about how with injuries starting to pile up in the system, it could allow some players to take advantage of some added exposure/playing time. While we’ve had our strong performances from certain players, the list of true breakout candidates were thin.

Out of all the opportunities that has already presented itself this season, no one has taken advantage of theirs more than Blake Sabol.

The Pirates seventh round pick in 2019 began the year in Altoona as the default backup catcher to Carter Bins. When Bins struggled out the gate, Sabol stepped right in took control of the position.

Sabol leads Altoona in slugging percentage, and ranks second in overall extra-base hits. That’s on a team that is loaded with top prospects.

Not only did he consistently flash his raw power — he’s a regular on the Pirates DVR — but he also took great strides behind the plate defensively. His final defensive home still is likely away from catcher, but he has consistently handled the position by keeping up perhaps the best pitching staff in the system while maintaining the offense.

Henry Davis got promoted to Altoona and it looked like the Pirates would have to start moving Sabol around a bit, but two games in Davis went on the injured list, pushing Sabol back into the starting role.

Now with Davis heading back to Altoona, Sabol played in his second game in left field this year, a position we thought he’d have way more playing time at this point in the season.

While little have doubted the raw power Sabol possessed, him taking his opportunity for an even bigger role is what has made him one of the bright spots in the system a little more than two months into the season. He’s even cracked MLB Pipeline’s Top 30 prospect list for the Pirates.

Now he’s getting an opportunity to showcase his versatility even further, and if the beginning of the season is any indication, that shouldn’t be a problem with him.

Yesterday: Bradenton Gets Some Offense

Prospect Roundtable: Pirates Who Are Trending Up in the Rankings

Prospect Roundtable: Pirates Who Are Trending Down in the Rankings

Mason Martin Focuses on His Defense at First Base

Shaking my head Justice DLS posted that video, “So, most people don’t that Polamalu is your cousin.”

Everyone should know that! Especially Pittsburgh fans! Everyone must know Sabol!!

I feel like that was the first thing I learned about him. Brought up his college player page and it was right there. I just always assumed it was common knowledge 🤷‍♂️

Not sure if you found it yet, but here’s (part of) Justice’s interview with him bringing it up.

Found it on Trib Live. The world’s skinniest Samoan. Had no clue.

Hope they include 1b in his defensive rotation.

When Kieran was the on the podcast he threw that out there that he may see time at first. Obviously the situation kind of forced him to stay at catcher

In the Cape Cod league he played first, third, all three OF positions, and caught. His name should be Blake Versitile.

Need to be surveying the Burgh and California. Nothing in Arizona.

never even heard of him

Love these kind of success stories.