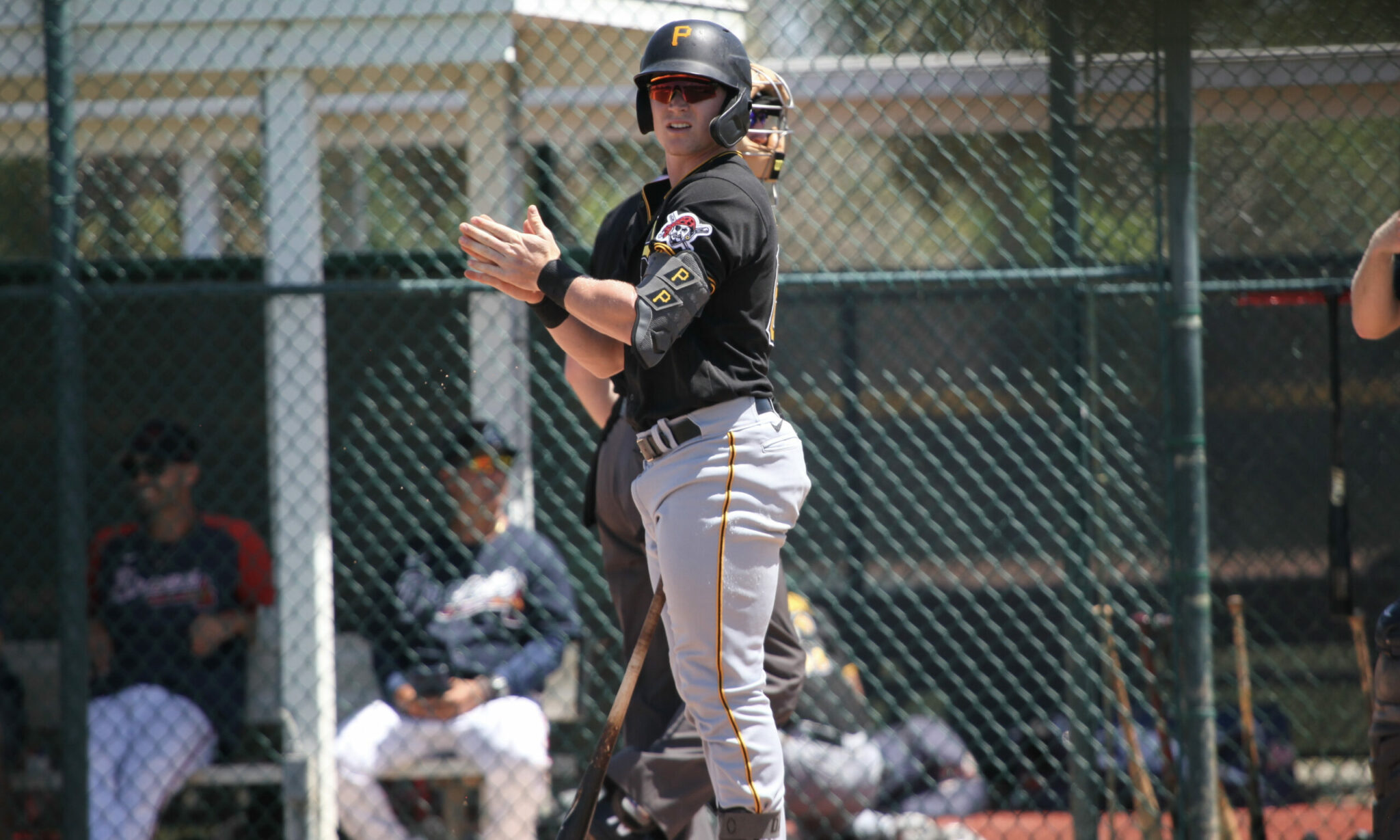 The Pittsburgh Pirates announced that catcher Henry Davis has ended his rehab assignment and rejoined Altoona. He caught on Tuesday for the FCL Pirates, then caught all of yesterday’s no-hitter in Bradenton. He went 1-for-5 with a walk, double and two HBP in his two rehab games.

Altoona has sent pitcher Jeffrey Passantino on a rehab assignment to Bradenton. He has not yet pitched this season. The 26-year-old spent all of last season in Altoona, where he had a 4.62 ERA in 76 innings.

Infielder Claudio Finol has been transferred from Altoona to Greensboro, while shortstop Maikol Escotto has been reassigned to the FCL Pirates. Escotto is hitting .164/.228/.342 in 41 games, with 58 strikeouts in 160 plate appearances. Finol has played just seven games this year split between Greensboro and Altoona.

Please get hit anywhere that’s not your hands and wrists or face Henry, thanks in advance!

I’m still not convinced Claudio Finol is not Jack Wilson posing as a 22 yr old, after seeing his MiLB headshot

Next year around this time he’ll be getting the call to join the Pirates…if he can stay healthy between now and then.

Until the recent decisions to call up prospects rather than using waiver wire bargain bin pickups I wouldn’t have expected Davis till 2024. It’s like the lightbulb went off for management.

Finally had enough youngsters close enough to being fully ready to be able to call them up. Wasn’t that long ago that several of the prospects moved up from A+. Nice that having 7 prospects on the 26 man roster and still have if lots of real prospects left in the system instead of a bare cupbord.

Not sure how much credit they deserve for Suwinski from AA. Some for sure but a Covid emergency necessitated it and Jack kind of forced their hand in staying up.

So many left handed hitters, lol. But a lot of good ones.

Good news for Davis. Hope he can stay healthy. Probably a real good move for Escotto with those strikeout numbers.