P2Daily: As Injuries Start To Build Up, Opportunities Will Present Themselves 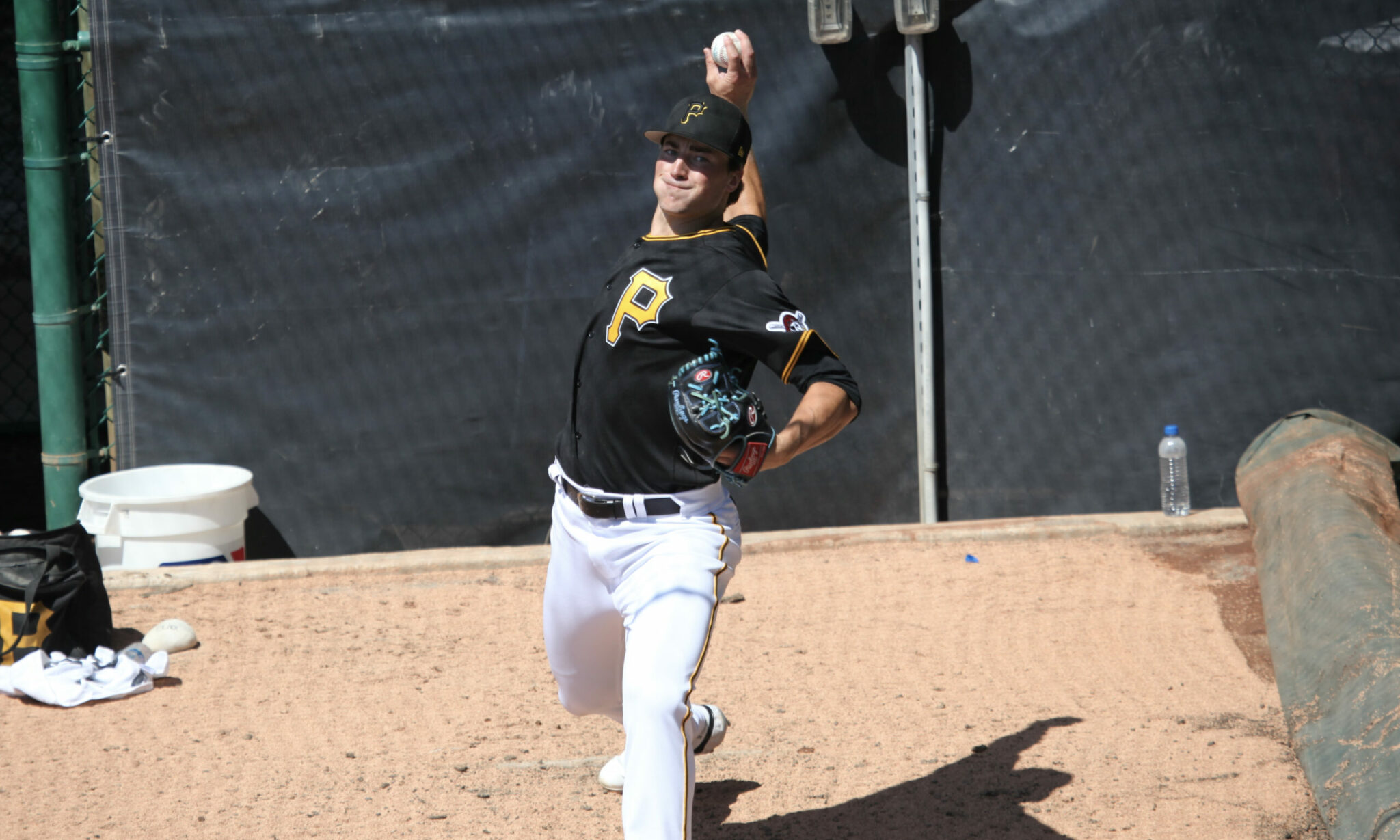 Over a course of a long season like in baseball, injuries will occur. It’s part of the game. In the Pirates system they are starting to pile up.

Across the system’s four full season teams, there are a total of 29 players on the injured list, according to each team’s roster on their respective websites.

Nick Gonzales left a game earlier this week with an injury as been since added to the 7-day injured list. He is now one of eight players on the Altoona roster listed on the IL, which includes names like Quinn Priester and Henry Davis.

With Davis injured, that’s allowed the Pirates to really get a look at what kind of catcher Blake Sabol can be.

Two more players left games early with apparent injuries on Friday. Kyle Nicolas left Altoona’s game mid-batter after coming looking in obvious discomfort after throwing a pitch. He made it 4 1/3 innings before being lifted from the game.

It hasn’t been confirmed yet, but Hudson Head was hit by a pitch in the third inning of Greensboro game, and eventually came out of the game in the sixth before his next at-bat.

While it’s unfortunate for any prospect to get hurt, it does create the ‘next man up’ opportunity for other players. While they’ve done whatever it takes to get Andres Alvarez in the lineup due to his bat, Gonzales being out obviously frees up a position to get an even better look a the hot-hitter.

With Max Kranick, Trey McGough, and Miguel Yajure on the IL for Indianapolis, that opened the door for Zach Matson to get moved up from Double-A.

Matson has struggled in his first two outings with Indianapolis but also got off to a  rough start with Altoona before going the entire month of May without giving up a run.

Two months into the season, the Pirates have had some players put their foot forward as the potential breakout star like Matt Fraizer did a year ago but no definitive one.

Matt Gorski and Jacob Gonzalez are making the best cases, as is Alvarez it’s starting to head towards plenty of opportunities to have someone else put their name in the hat.

Assuming this to mean that neither should get a second chance, then I agree.

He’ll get one in two years.

Damn sad to hear that Nicolas got pulled yesterday, hoping its a minor injury. He’s really been one that I have been all in on this year as a significant starter

Was the title of this article a Freudian slip? Intentional or not it pretty much describes the way the Pirates have been handling things at the major league level replacing one injured worthless veteran with another one from the MLB dumpster at least until recently when at least some of the younger guys have been given the chance to show what they can do.

My question is what happens when the Pirates currently on the IL like Yoshi, Marisnick, Newman, Gamel, etc. are declared able to return? Do they just automatically return to the lineup and the kids get sent back down? BC clearly would like to be able to trade some of them, which would make sense if any of them had any value, but reality is reality.

The young guys currently in Pittsburgh have been a mixed bag but at least some have shown potential and finding out as soon as possible who among them can play in the majors can only hasten the build.

yeah, it could be a lot of guys in a short period of time: Gamel, Tsutsugo, Marisnick, VanMeter and Hembree from the 15-IL and Mears, Allen and Newman from the 60-IL.

My guess is they’ll DFA Marisnick, Chang and Beede as the 40-man guys come off the list in whatever order they are reinstated.

That would leave 3 guys to be demoted. Park, Mitchell and Castro or Marcano will be sent to Indy, and probably de los Santos too.

Of course, other guys could get injured and change the outlook. But I DON’T think they do anything with Tsutsugo, Hembree or VanMeter, and they might only be able to trade Quintana and Gamel. They’re kinda stuck with Newman. If he hits upon reinstatement they’ll want to keep him, and if he doesn’t he won’t fetch anything. Most likely option is he’s non-tendered in the offseason.

I think gamel will get us something, not a lot, but maybe an 18 year old pitcher that hits 98 with control issues- a true lottery ticket. Not sure about the rest, but I agree they need to cut bait with these guys and keep the youth movement.

Interested to see what they do with Allen, will he get a chance to prove anything at the MLB level or was his injury enough to take that away?

Didn’t even notice the title lol. Think if you can get a low level player for any of those guys and you pull the trigger on a trade. It’s time to let the young guys play at the major league level even if they struggle.

Yeah you’d think as you are trying to build a winning organization you would welcome every opportunity to give your prospects a chance to get major league experience. I don’t like to see any of these guys like Gamel, Yoshi, Marisnick and VanMeter get injured but it appears that either the Pirates have changed their thinking or the mlb waiver wire was empty, lol.

Pirates are all about preventing opportunities

Nicolas is hurt now? These injuries are starting to get old