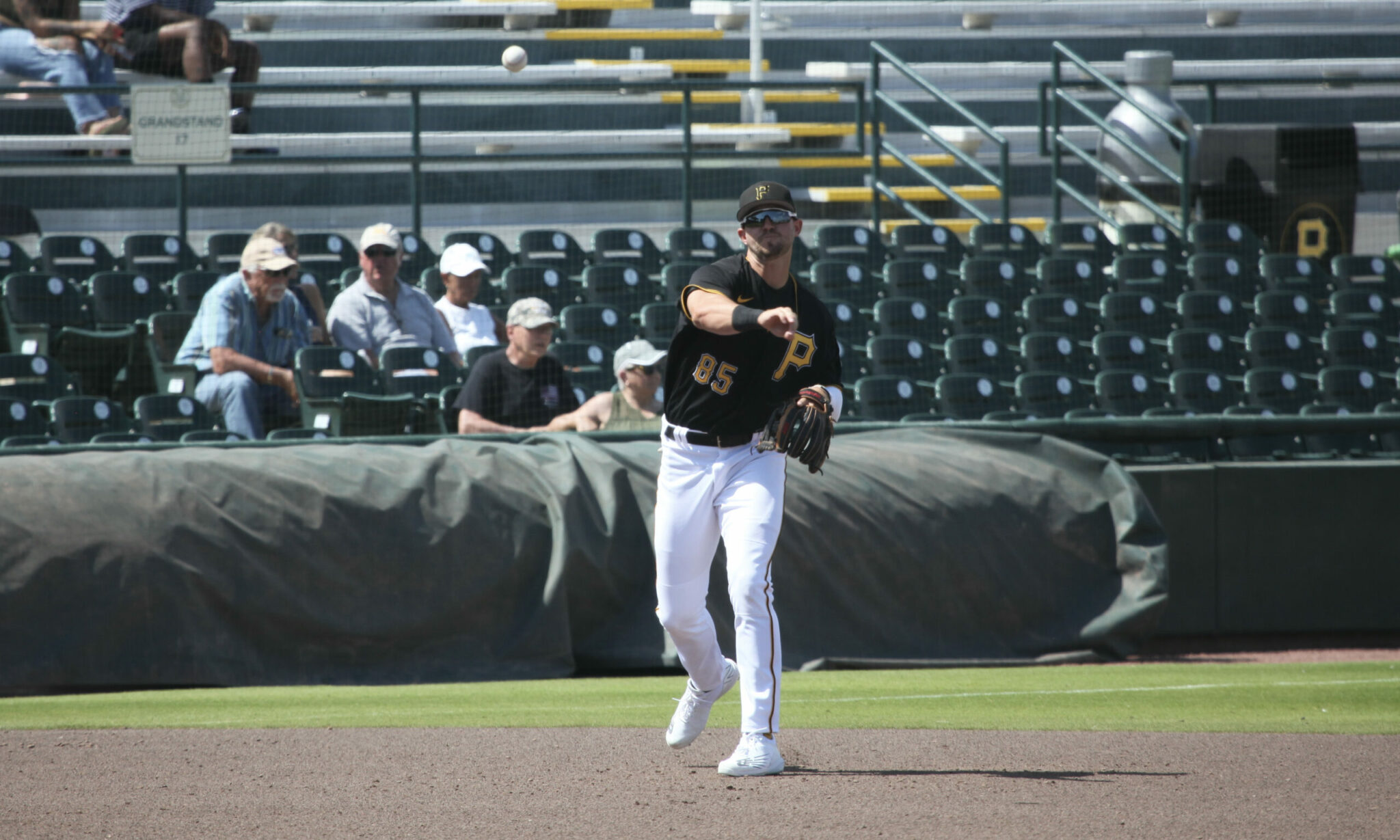 Entering the 2022 season, I wasn’t sure what to expect out of Jared Triolo. He had himself quite the year in 2021, winning a minor league gold glove, leading High-A East division in hits, and finishing a tad shy of a 20-20 season.

All are good numbers, and an impressive starting point for his first full season in the minors after the pandemic wiped out the 2020 season. Offensively speaking, he did play in Greensboro, and we know how that hitter-friendly park can be sometimes.

Triolo wasn’t one of those players though, has he hit for better power numbers away from First National Bank Field as opposed to in it.

So was the power legit?

Two months into the 2022 season his 15 home run, 44 extra-base hit campaign from a year ago looked like numbers cooked up on a video game, and not actually what we should expect from Triolo.

But like he did last year, Triolo is starting to dig himself out of another slow start. Since June, Triolo has nearly tripled his ISO (.121), and is batting far better than the average hitter (120 wRC+). The power isn’t coming to him like it was in High-A, even with the high road splits that still wasn’t likely to happen, but he has shown it didn’t completely leave him.

Triolo’s value will always come from his glove, but the difference between him potentially carving a role out in the majors and a guy that shuttles back and forth from the minors is going to be how much he can hit. He’s making the right adjustments so far as we approach the final stretch of the season.

–Speaking of players who were off to a rough start, Matt Frazier is another name that is slowly, and quietly, stringing some hits together.

At this point in the season, it feels like there was enough players that got off to bad enough starts that there won’t be enough time to really turn around their full numbers. It will take breaking it down month-to-month and see if they got better to really tell the whole story.

Fraizer had a wRC+ of 62 during the first two months of the season. Since the start of June, he is just a tad under ‘league average’ with a mark of 95. But all of the numbers are trending in the right direction.

As long as prospects are trending up, and not down, they are working in the right direction.

Triolo is doing what K. Hayes did, yet Hayes is held in much higher esteem. Why? Give Triolo a good year at AAA and the Pirates should think about moving Hayes for him.

Triolo is 24 years old, Hayes is 25, I think the age/level difference should be a consideration.

I like Hayes and still have hopes that he turns the corner on offense, BUT if someone travelled ahead in time 3 years and told me we had someone else as our regular 3rd baseman, I would not have a hard time believing that.

Spot on! Not buying the Hayes love anymore. His father even said during a spring telecast he spoke to his son about turning on a baseball more in 22. Haven’t seen any improvement at all as spray chart continues to be right and right center. I have no idea if it’s his wrist injury or just a physical/mental block that has made him just try and Punch and Judy everything even when he is ahead in counts. Luckily this contract while long isn’t a albatross financially. He ever learns to turn on a ball though God help this league because he has pop in that bat when he squares a ball up.

Maybe there is still hope that he can replace Ke ‘Mr .666 OPS’ Hayes?

I was at the Altoona game last night. Triolo’s defense is legit. The HR was a bomb just inside the left field foul pole. He may eventually be a solid option at 3rd

*whispers: Think he’d be pretty good at shortstop as well, obviously not as the starter though.

While Triolo’s defense I think will be at worst above average in the majors, Key is still the better hitter. Triolo seems like a perfect utility bench infielder though and I’m ok with that

The next kevin newman, and theres value in having that type of player

It’s crazy that you say that, because when I was done writing this, I immediately thought the same thing, but didn’t want to be the first to say it 😂. ‘A faster Kevin Newman’. I don’t feel like there’s anything wrong with that

In the comments to the roundtable on most disappointing position player, I said Triolo and Fraizer were my picks. Both went on to have excellent months—do I get some credit? 🙂

Seriously, though, turning around their seasons is very impressive and if they can put up an August like their July, they become pretty interesting. (Hopefully this doesn’t have the opposite effect of me referring to them as disappointments.)