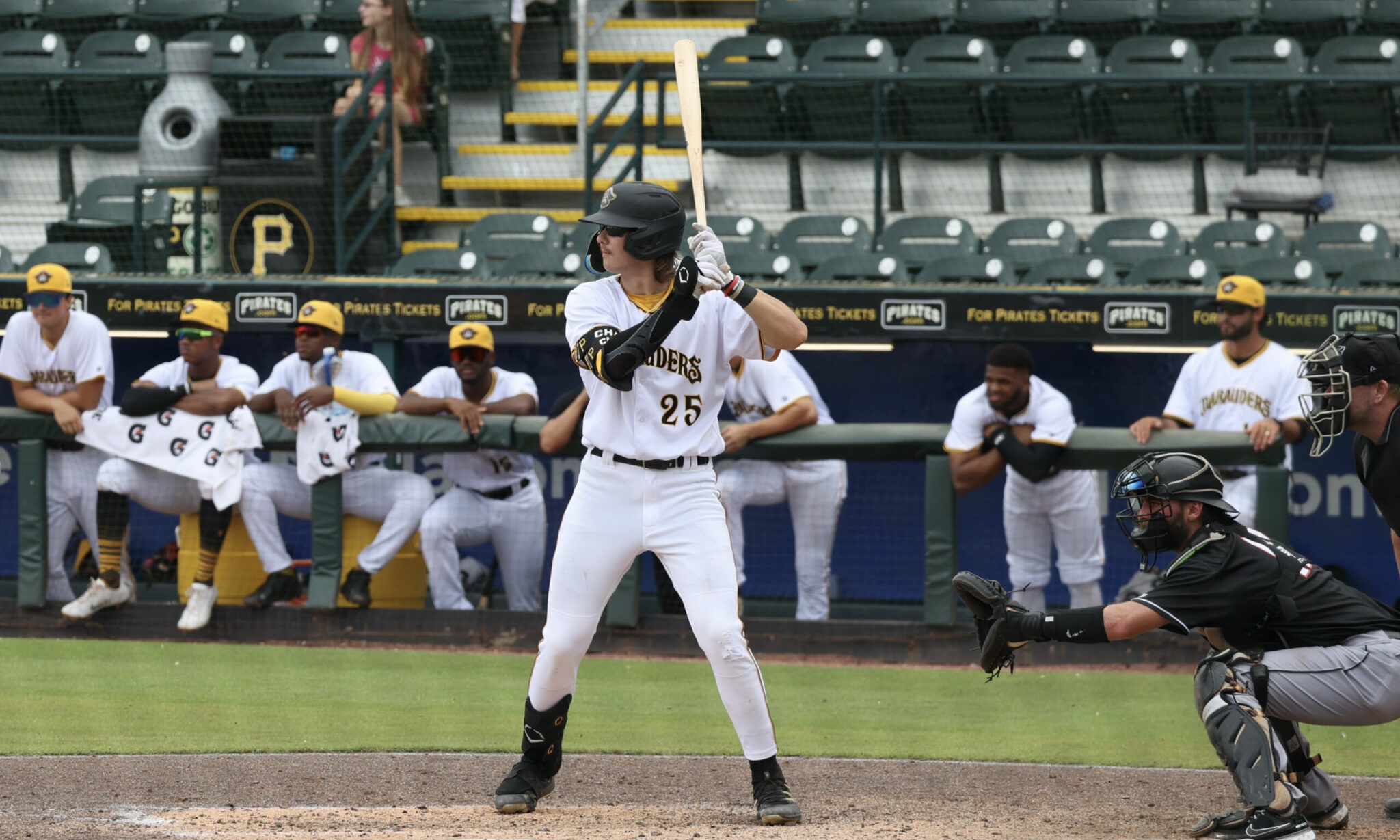 Chandler made his second appearance on the mound for Bradenton on Tuesday, and the fun part about him is that we won’t have to wait a whole week to see him do something else. The two-way prospect got back into the lineup again on Friday, delivering a RBI single in the losing effort for Bradenton.

Bubba Chandler with a RBI single to get the Marauders on the board here in the 4th inning #LetsGoBucs pic.twitter.com/TEqatXKzPa

Nadal has had his moments in Bradenton this year, but for the most part has struggled in his first taste of Single-A. Friday wasn’t part of the struggles for him, hitting a double and making this great play defensively.

Deivis Nadal with an awesome diving stop to get the final out of the inning #LetsGoBucs pic.twitter.com/6MKfI881jH

After showing almost no signs of power the first month of the season, Triolo continues to make progress. Friday saw him hit his fifth home run of the season.

. @JaredTriolo sends one into the trees to extend our lead in the second!

The Altoona Curve jumped out to a 5-0 lead in the first inning of their game on Friday against Bowie. Two of those runs came on this Matt Fraizer double.

. @mattfraizer3 adds a two-run double as we extend the lead to 4-0 in the first!

To put a cap on their big first inning, Connor Scott recorded this RBI triple to make it 5-0 in favor of the Curve.

The Pirates first round pick from 2019 put together perhaps his best start of the season his previous time on the mound. Here’s a look back at the entire outing for Priester.

This is highly disappointing watching Priesters velocity is very questionable at 92 to 90 over this outing with poor control. I was really expecting so much more watching this.

Went to Bradenton and watched games Thursday and Friday. Thursday was the ugliest game I’ve ever seen, the 7th inning was brutal. 4 miscues in the field, walked in 2 batters, most of that with 2 outs while giving up 7 runs. It was also noticeable how energetic and loud the Lakeland team was, even when they were down by 6 runs, while Bradenton was quiet. The standout for the team is Jase Bowen who hit the ball hard both games (including a no doubt HR to left on Friday). On Thursday his fielding didn’t show up – making a little league mental error holding the ball in the outfield then lobbing it in for a runner to steal a run, then misplaying a ball later. He made up for that Friday with two outstanding running catches. Chandler had a lot of swing and miss over the two games, but hit the ball hard a few times. Nadal made a few good plays, but also a few bad ones in the field. That double was a pop up to LF that should have been caught. The pitching was hard to watch both games. Jauri Custodio (who I think just got called up?) almost tied the game late on Friday hitting one to the track in straight center.

Can it be that Chandler is just now touching the ability he has a baseball player? He was a two sport star and now for probably the first time he is concentrating on baseball. I think there is much more there and in time he should to be one of the best prospects in the system, if he is not that already.

Yeah, he’s easily one of the best prospects already