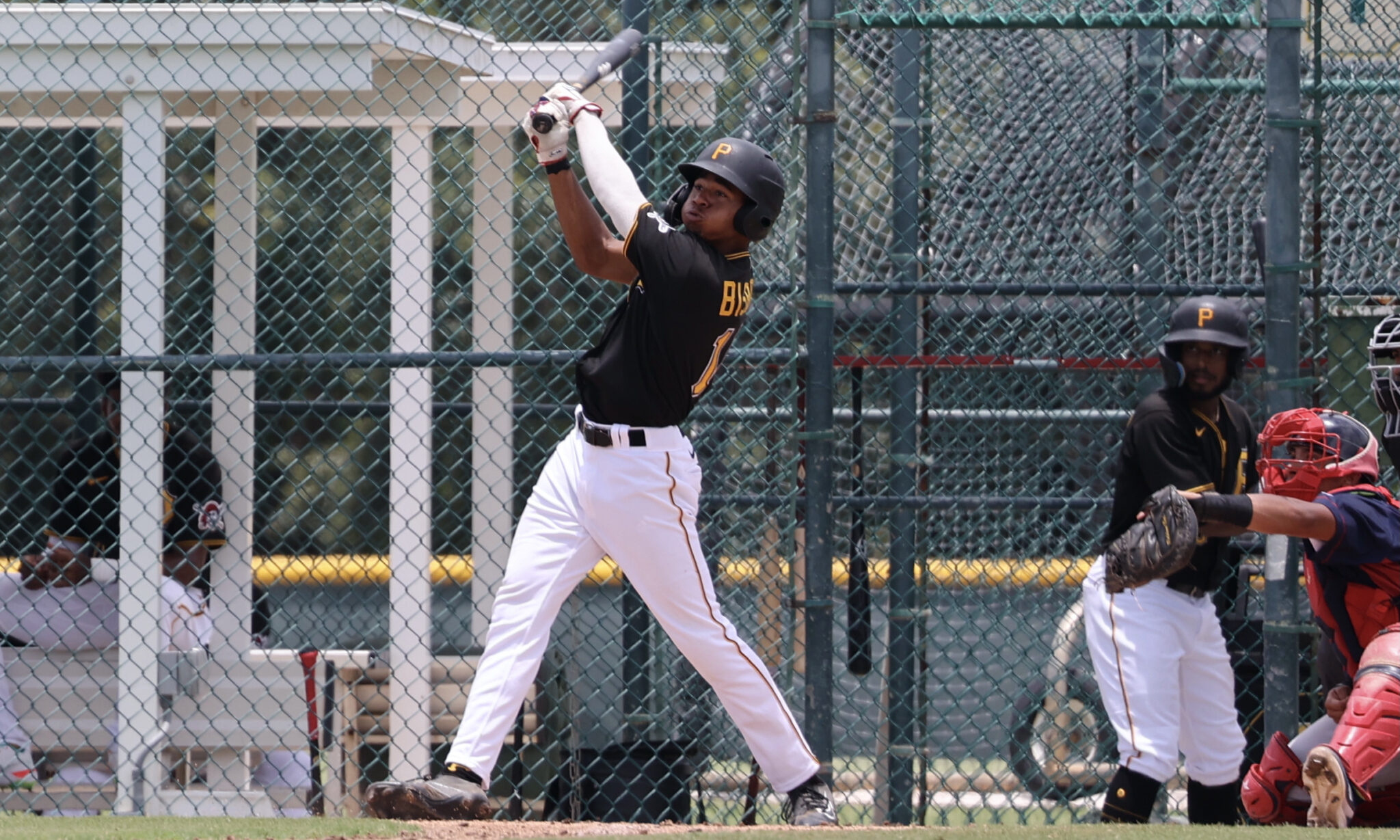 This week on Pirates Prospects, we’ve been previewing the rookie level teams in the system. Earlier this week, we broke down the 2022 Florida Complex League roster.

Today, we’re continuing our preview with a look at ten prospects to watch on this team. Rather than a top ten list — because that would be highly speculative for players so new to their pro careers — we thought it would be best to highlight ten names of note, and why you should be following them this year. As for the top prospects, we have updates on them from this week’s coverage. Check out the top ten in the FCL below.

Omar Alfonzo, C – Alfonzo has a solid approach at the plate and some power potential.  His receiving and throwing probably need to improve a bit to stay behind the plate.

Braylon Bishop, OF – Bishop is the classic prep, multi-sport star.  He has center-field speed, as well as the strength to hit for some power.  The hope is always that players in this situation will strengthen their skills by focusing exclusively on baseball.

Bubba Chandler, RHP/DH – Not only a multi-sport prep star, but a two-way baseball player whom the Pirates intend to develop on both sides.  Chandler was considered one of the best athletes in the draft, with a high upside particularly as a pitcher.

Hung-Leng Chang, RHP – Signed for a sizeable bonus out of Taiwan, Chang throws five pitches and has reached 94 mph.  At 6’3”, he probably has some projection left.  He has yet to debut.

Jose Garces, RHP – Possibly the top pitcher in the Pirates’ 2020-21 international class, Garces has a good upside due to a live arm, good athleticism and a lot of remaining projection.  He’s also very raw, so he’ll be a development challenge.

Owen Kellington, RHP – The second-highest-drafted player in Vermont history, Kellington already has good velocity and a potentially strong curve.  In rural Vermont he didn’t exactly face high-end competition, so he probably faces a little bit steeper of a curve.

Shalin Polanco, OF – The Pirates’ top 2020-21 signing, Polanco is a line-drive hitter with the strength to add power.  He had a very rough first two months in the DSL, but hit well the last month.  He has the speed to stay in center, although there’s a lot of competition at the position.

Enmanuel Terrero, OF – Terrero is a line-drive hitter who so far has shown good plate discipline.  It’s open to question how much power he’ll have.  He probably could stay in center, but he’s really facing a lot of competition there.

Jeral Toledo, SS – Toledo is a strong defensive infielder with good contact skills and patience.  He’ll need to get stronger in order to drive the ball more.

Lonnie White, Jr., OF – With possibly the highest upside of any of the Pirates’ hitting prospects other than Oneil Cruz, White is another multi-sport prep star.  White has great speed and should produce plus power.  Probably the biggest issue will be whether he makes contact consistently.

The Pirates Are Being Smart and Taking it Slow With Lonnie White Jr.

I liked Rivas from the jump, great size, plays a premium position but can’t seem to hit the ball.

So much potential on one team! I like their approach to only having one FCL team (as outlined in another article today), as I think it logically makes some sense and from what little I know it seems to be a change in philosophy and plan from what we were doing before. Though, selfishly, I do wish that we had two FCL teams so that we could see all of these guys in action more often