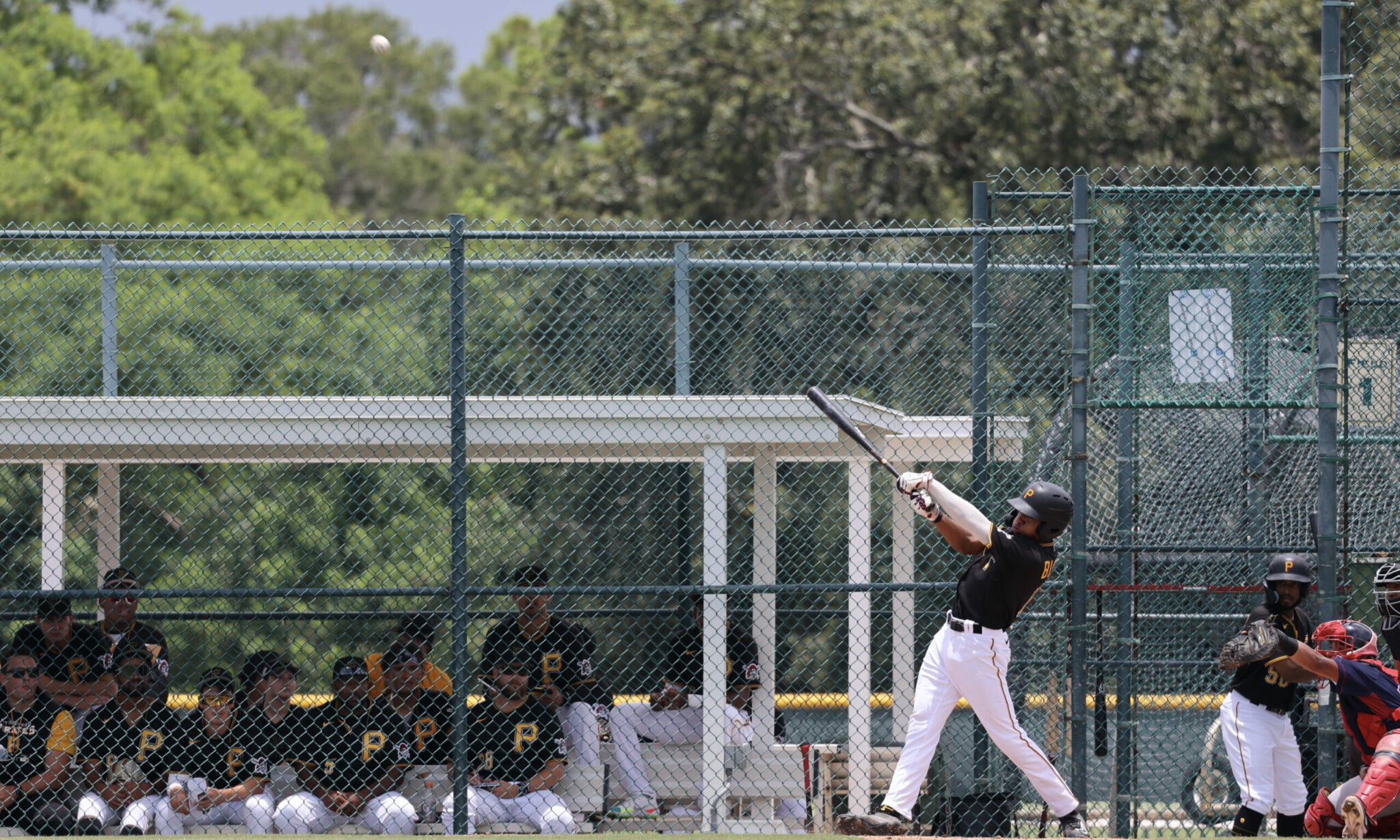 Braylon Bishop dove into the deep end of the pool.

Drafted in the 14th round last year, and given an over-slot $268,700 bonus, Bishop is part of a very exciting 2021 prep class to join the Pirates organization. And he might feature the nicest swing in the system.

“He does have a nice swing,” confirmed Pirates farm director John Baker. “He’s just a baseball player, too. I think that’s the other thing. Again, another competitor. It’s nice to have these kids that are young, that are trying to learn the game, play the game hard, want to win, want to learn everything all the time. It’s the thing you ask for.”

Baker related that when he was coming up as a prospect, coaches would tell the players they had to be the guy who wants to win the big league game and the basketball game and every other game.

“That’s Braylon,” said Baker. “He does it with a smile on his face.”

We’ve written about Bishop’s swing in the past. Cody Potanko broke it down prior to the season, noting how much effort he puts in.

Here is a video from that article, looking at the massive loop of a bat path that Bishop used to take, made possible by his incredibly quick bat speed.

I got a feeling Braylon Bishop is going to be very fun to watch in 22’. I mean just look at that bat speed 👀

From the looks of his first homer, per the video below shared by Kody Duncan, he’s cleaned things up a bit.

Bishop shows a slightly higher leg kick, a more calm body, and less of an obvious upper cut movement. Those might not be direct changes he made, but more a result of how his swing looks when his body is in the right position with the right focus.

Prior to the year, Bishop had a hitting coach who the Pirates worked with to get to know the outfielder better. He has since taken on lessons from Pirates hitting coordinator Jonny Tucker and assistant field coordinator Jim Horner, and the rest of the staff in the FCL.

The results have been promising, and have already led to some early offense in the FCL.

“I think the swing that we see today, it will only continue to get better,” said Baker.

The excitement for me isn’t just the current crop of top 10 guys. It’s the fact last yrs class and soon to be draft class add another layer of deep prospects who probably will be even better then the current AA and AAA teams. Let’s be honest the layering of talent is what’s been missing. We literally will be pumping kids every year moving forward. The fact we suck again means another great class next yr as well. The international signings is the wild card for me. So far it doesn’t seem the money spent is paying off. But hopefully some turn the corner like Polanco. And the top two guys we signed this yr pay off as well. Looking forward to an international draft to help the Bucs as well. I think BC is on the right track. For me only up from here!!

That bat speed is SICK!!!

Love the explosiveness of his swing.

Was trying to compare it to Bellingers’ swing or even Freeman, but is different, is his swing.

Last edited 21 days ago by PirateRican21
0

I know all these high school kids are years away but if even some of them approach their ceiling, they could be formidable in the future

Absolutely love that picture — the bat pointing at the ball. Should trademark that puppy and make it a permanent logo. Put it on merch. Reminds me of the cover of London Calling.

Someone with better photoshop skills than me should turn that into the MLB logo.