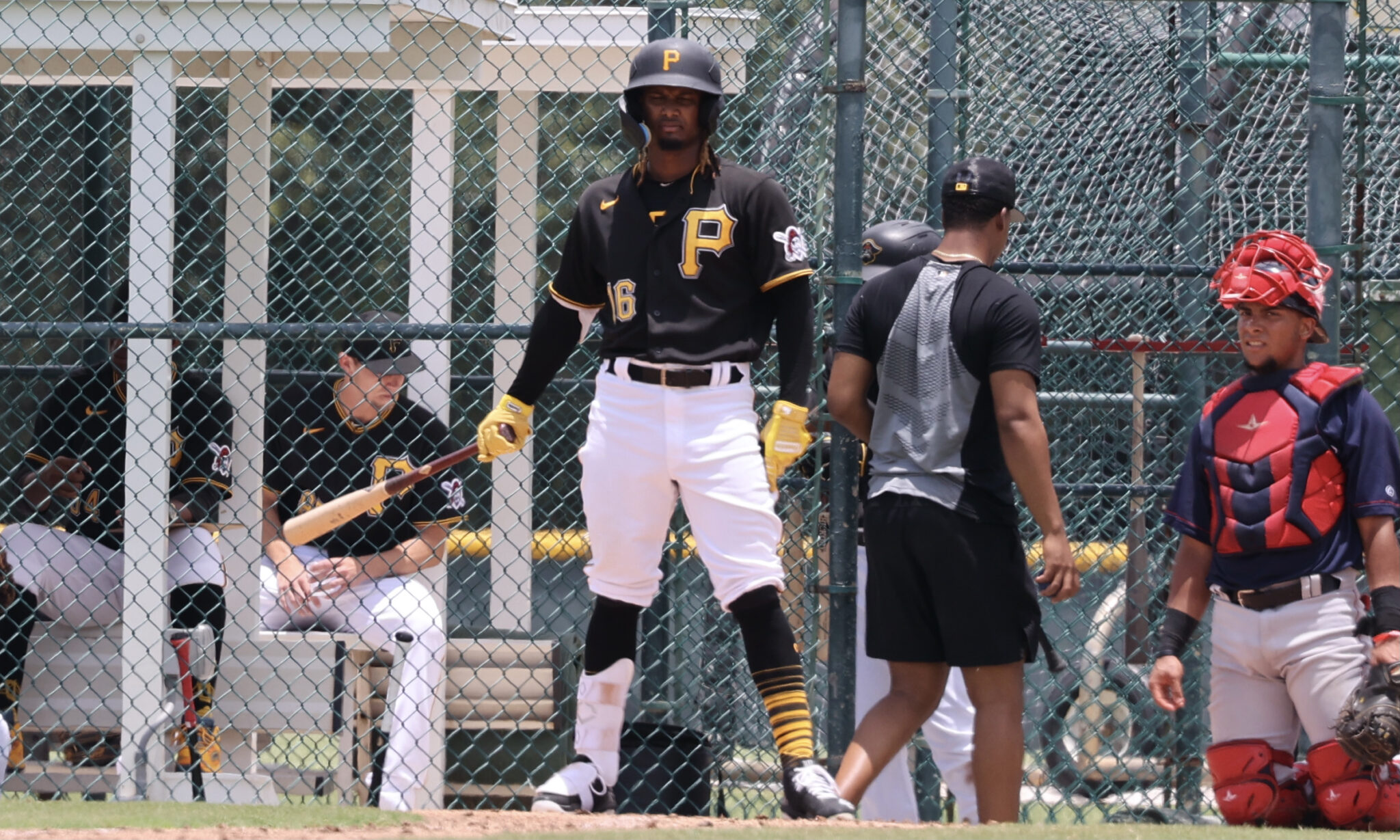 Polanco did not do well in his first month of pro games last year in the Dominican Summer League. He played 30 games between July and August, putting up a .440 OPS in 12 July games, and a .582 OPS in 18 August games. That’s not what you want to see from your biggest ($2.4M bonus) amateur international signing among position players. This could have been due to a delayed start to his career from the pandemic.

I tell you all of his stats to tell you that Dominican Summer League stats don’t really mean much. I did a long series earlier this year about the odds of making it out of the DSL, and the numbers over a long stretch of time throughout the league showed that doing well in the DSL had little to do with helping you reach the majors. Your odds of making it to the majors from that league are extremely low whether you hit/pitch well or not.

The Pirates brought Polanco to Spring Training in Bradenton early this year so they could get an extended look at him. They brought a large group of players over from last year’s DSL teams, but when the Pirates decided to use just one affiliate in the Florida Complex League this year, that meant that some of those players had to go back to the Dominican for the season. Polanco wasn’t guaranteed a spot in the FCL — he earned it this spring.

John Baker, who is the Pirates Farm Director, recently talked to Pirates Prospects about what made them decide to keep Polanco in the FCL this year after struggling in his debut in the DSL last year.

“He grew, physically”, Baker said of Polanco. “It’s easy to forget I think sometimes how young these kids are. He showed up taller and heavier in Spring Training. The reason that he was pushed to the FCL was because of his performance in Spring Training. He earned his spot here. I think that first dive into pro ball can be challenging, coming from the showcase scene. We just felt this was the best place to challenge and develop.”

Polanco turned 18 years old back in February, shortly before he reported to Pirate City for Spring Training. He’s the youngest player on the FCL Pirates roster this year. He also got into a Spring Training game with the Pirates this year as a reward for the work he was putting in on the minor league side. Baker talked about the work and what he did as the youngest player on the team to earn his spot.

“He’s a baseball player, shows up everyday and works really hard with a smile on his face,” Baker said. “He’s learning at a pretty rapid rate. We saw him do some things in Spring Training against much older competition that led us to believe that this isn’t somebody that we wanted to send back to the same environment. This is somebody that we wanted to keep stateside and let our coaches like Jim Horner, Jose Mosquera, Gavi Nivar, and Quentin Brown get their hands on him and get him in the right spot. We’re excited to see what he can do this year in the complex league.”

Polanco is off to a bit of a slow start in the FCL through the very early part of the 55-game season, but it’s too soon to start to be concerned about him. He’s being challenged right now, rather than being sent back to the DSL this year with a number of his 2021 teammates.

Polanco has already impressed this year over the three-month period of Spring Training and Extended Spring Training, enough to receive that challenge. The few games he’s played so far are minuscule in comparison. He’s a talented player with the desire to succeed, and has plenty of youth on his side — giving hope that the stats will soon start to match the potential.

I always save these articles to look back on in 5 yearsIt hasn’t always been a pretty sight, unfortunately. Therefore, I will quit saving them, lol

That series of articles I wrote about the success rate of the DSL has definitely changed my perspective on the league. I used to just think that the Pirates were bad at what they did, but it turns out they’re not, at least not compared to all of the other teams. It’s apparently extremely difficult just to make the majors from a start in the DSL, and then becoming a successful MLB player on top of that is beyond an amazing accomplishment. Both bonus money and success guarantee nothing and both barely move the needle as far as success rate goes.

Seems like the last year or two in particular we have added a bunch of guys to the organization that are super young and raw but with absolute sky high potential. Even just hitting on just a few near their potential between the draft, trades, and international signing, would be a big win

Great article. I’m not very knowledgeable of our international guys, but it seems all our high profile guy’s are struggling as soon as they see game action. Are other teams youngsters struggling out the gate or are we just whiffing on the international market?