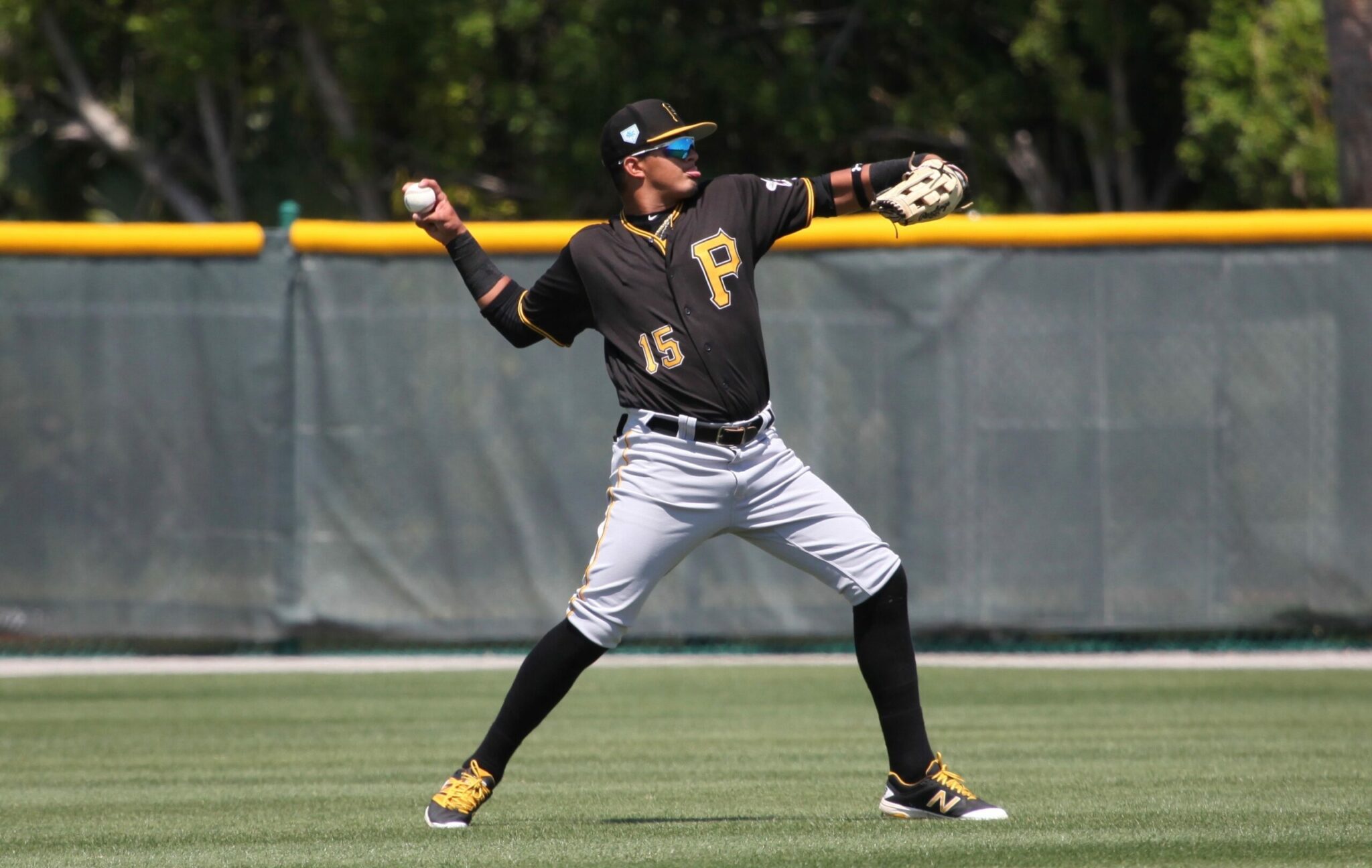 The Pittsburgh Pirates are converting Daniel Rivero from an outfielder to a pitcher in the Florida Complex League this year.

The standout tool for Rivero has been his arm, grading as one of the best outfield arms in the system. An outfield that is growing more crowded forced the move to the mound, and Rivero’s low heartbeat made the Pirates think he could handle the challenge.

“We just loved the kid,” said Pirates farm director John Baker. “Looking at our outfield situation in the organization, we didn’t see a ton of opportunity for him. Because of what we think of the person, and looking at the arm, we thought we’ve got a spot, this is an option for us to see if he can’t get off the bump and pitch.”

Rivero has yet to pitch in a game as he’s been working off the mound for the first time. Baker said that he has rapidly developed a pretty good changeup, and that his fastball is coming along.

“It’s looked really good, really quickly,” said Baker of the fastball. “It’s not huge velocity like we thought it was, but its surprising pitchability.”

It will be a long road for Rivero from the lower levels as a new pitcher. It’s not an impossible road, as it’s one that players have taken before to reach the majors, including some Pirates prospects over the last decade.

Rivero will be an interesting story to follow once the 21-year-old starts getting off the mound in actual games.

These moves seldom are successful…for his sake, I hope he is the exception. Given his hitting numbers to date have been decent, this seems like a very abrupt knee jerk kind of extreme decision. Where are all these great OF prospects in his age and level? Siani and Head? I don’t think so….

The opposite of Marte.

21 before stepping onto the mound for the first time? I mean, I hope he succeeds but man that seems like a single ant trying to push a boulder uphill.

As Eomer (LOTR) once said: I do not doubt his heart, only the reach of his arm

It’s funny to think, based off Baker’s comment, they were giddy to watch him pitch a bullpen, set up radar guns, he throws a pitch and, “Damn. Only 92” lol

But I do like this idea, and made me wonder why they may not have tried it with Macias. He’s in the same situation, a little older, but he himself has a big arm in the OF and not much room for PT (hence why even after his rehab stint, he stayed in Greensboro).