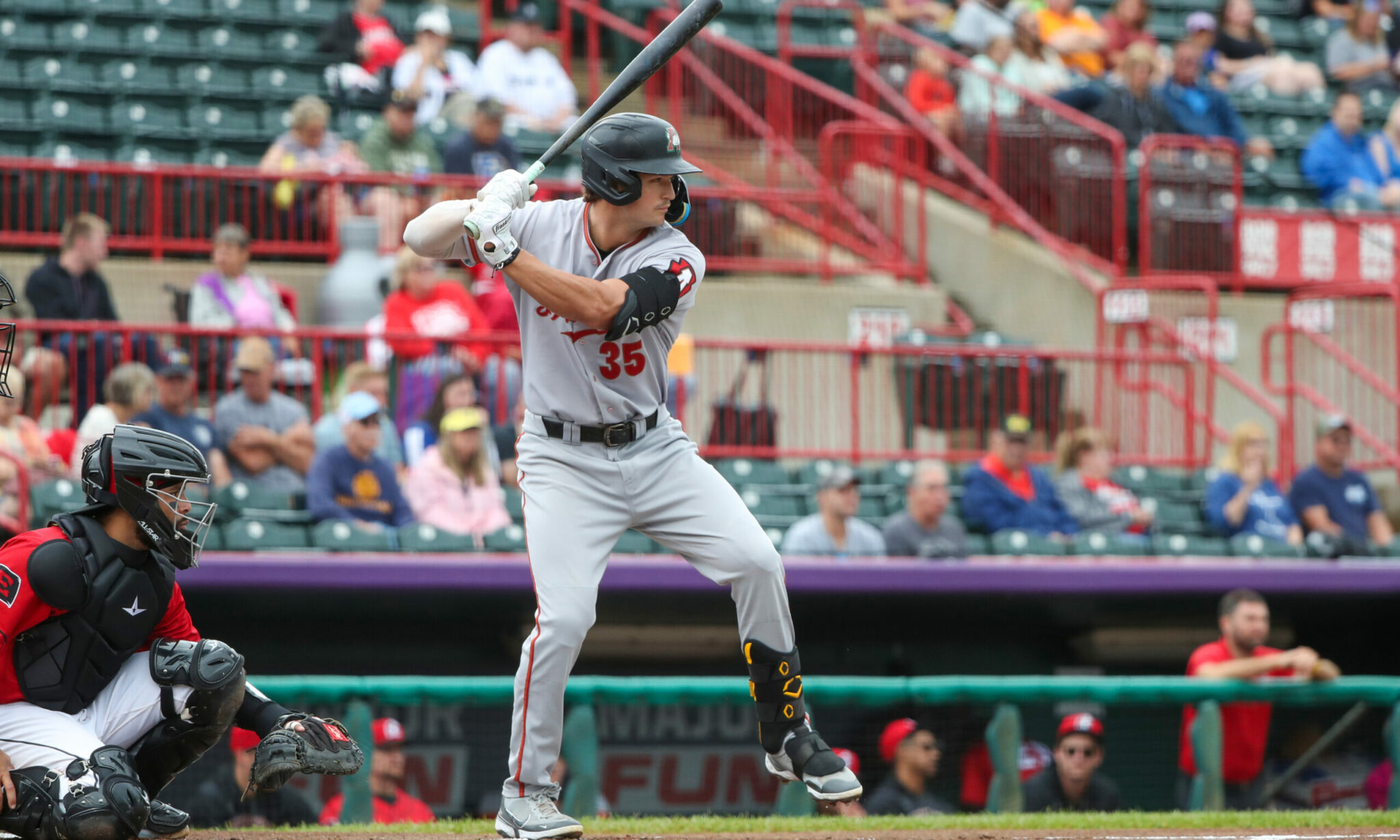 Matt Gorski had a fantastic season that had an unfortunate ending. The 24-year-old always had the tools, and they were recognized early on his in professional career when he was taken in the second round in 2019.

It’s always been about putting everything together and having the results show up on the field. He showed signs of it in 2021, collecting 17 home runs and 18 stolen bases with Greensboro. Even putting up those numbers, he still finished with a .223 average and 89 wRC+ with a lot of that due to his 31.2% strikeout rate.

He started the season back in Greensboro, made a change in his swing and the rest is pretty much history.

You can argue how you felt the system did in 2022, whether it mostly took a step forward or in the opposite direction, but you can’t argue the giant leap that Gorski made playing this season up until his injury.

Endy Rodriguez is the obvious choice for the breakout player this year, but it should always be noted at the work they did to help with the change in Gorski’s swing that allowed him to truly take off in 2022.

It’s unclear if him re-injuring his quad that he hurt earlier in the year is going to put a hold on him going to the Arizona Fall League, but you would have to imagine the Pirates are going to want to err on the side of caution with the outfielder.

Either way, if you are looking at what went right in the system this year, Gorski should be one of the first names mentioned. He played himself from being on the edge of transitioning into a depth role, into a very strong candidate to be added to the 40-man roster this off-season.

Those are the kind of success stories the Pirates front office needs.

Today: Keller Keeps It Up

Yesterday: Dickens of a Start

No way a use a 40 man spot in him. He has no chance of being picked.

Plus defender, prospect pedigree, hit well in AA–he seems likely to be picked if left unprotected. If Gorski was in another organization and left unprotected, I’d be making the case to draft and carry him over players like Allen and Gamel, and there are other teams who are in a similar position as the Pirates–not expecting to compete and with needs in the OF.

The Pirates would have a hard time keeping him on the 25 man all season… and we’re terrible. Unless you’re a pitcher there’s not much of a chance of being rostered.

PPS – we have already have Suwinski, CSN and Mitchell who are corner players and are all younger.

Last edited 6 days ago by bradlej31
0

Gorski is an average or better CF

Replace Fraizer with Gorski in the AFL.

He needs a jump start. Didn’t have a good season. Lolo possibly too

Pirate fans just can’t have nice things. We need OFers and he gave me some hope until he went down. 🙁

And I hope his speed is not completely affected by those injuries.