P2Daily: Santiago Florez Has The Stuff, But Is Still Searching For Results 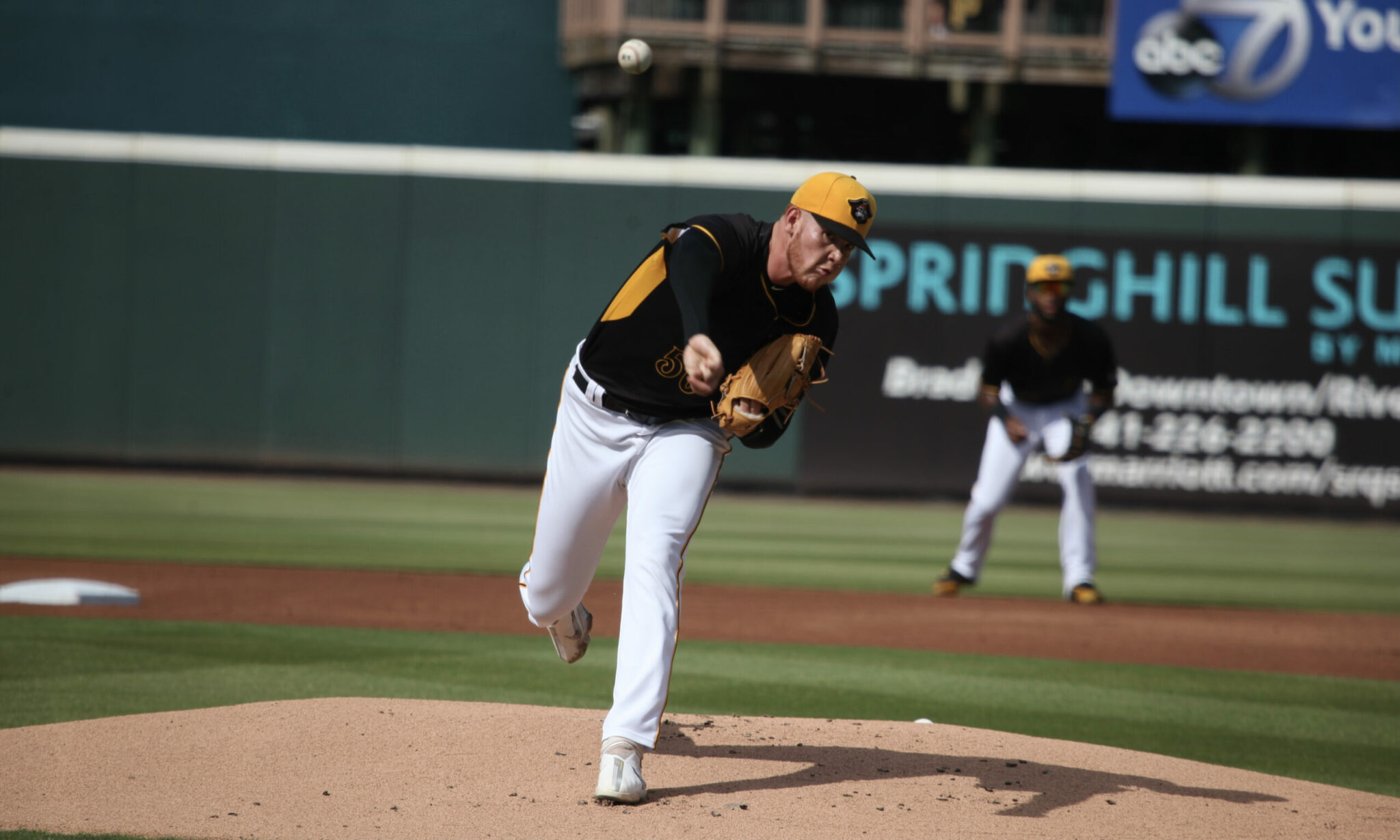 There were few pitchers in the Pirates system who got off to a better start last year than Santiago Florez. Beginning 2021 in Bradenton, the righty was absolutely dominant, posting a 1.37 ERA in 10 appearances, while striking out 71 batters in 52 2/3 innings.

Granted, those numbers didn’t seem completely maintainable (although he did have a 2.07 FIP with Bradenton), it was certainly a surprise to see Florez struggle to the extent he did once he got to Greensboro.

Starting back in High-A, Florez got off to about as bad a start as you could imagine, posting a 11.45 ERA in April. He showed some life in May, with a 3.65 mark but it’s been mostly the same for Florez in 2022.

It’s hard to believe that Florez is still just 22-years-old, and according to Baseball Reference, a tad over a year younger than the average pitcher in his league. You also see games like he had on Thursday and still see something to get excited for.

Florez struck out five in two innings, allowing just a pair of walks in what was easily his best performance of the season. Featuring one of the better sliders in the system, you can see just how effective it can be.

While it looked like his velocity was trending upwards late last season, it sat around 91-93 on Thursday, but you can see a little bit of a changeup pitch that could help offset the lack of velocity.

There are some players that you can see has the stuff, that you just don’t want to give up on despite so many signs around him. Florez has the slider that could get batters out a couple of levels above of where he is at, it’s just a matter of putting the rest of the pieces together.

Wouldn’t this be big for the Pirates, who were shutout and lost 1-0 to the Baltimore Orioles on Friday. It probably isn’t a question who has the most in game power in the Pirates system, and you could make the case he’s in a small company throughout the minor leagues.

Mason Martin has collected seven hits in the last four games, including a walk-off very deep single a couple of days ago. He hasn’t hit a home run since July 26, but in a lot of ways I can live with the singles and doubles he’s getting right now.

His profile it what it is, there will always be strikeouts, the goal is to get it under control. The power is there, it’s just a matter on working to put the bat to the ball. Once that happens he will go back to hitting highlight reel bombs.

The numbers don’t always tell the whole story. That’s been the case for Juan Jerez’s season. He hasn’t filled up the stat sheet that you would have liked to see, but that hasn’t kept him from making an impact for the Marauders.

Up till this season Jerez hadn’t played first base professionally, but that hasn’t stopped him from making some great plays at the position. He’s dove, done the splits, pretty much everything you could ask for to help out the rest of the Marauders fielders.

He also showed he can still make a play with the bat too, pinch hitting on Friday, picking up a double, stealing third base and eventually scoring on an error by the catcher.

Williams: Breaking Down the Pirates Roster After the Deadline

Today: This is a Completely Different Mitch Keller

Williams: Breaking Down the Pirates Roster After the Deadline

Prospect Roundtable: Who Was Your Favorite Trade Deadline Acquisition?

Miguel Yajure finds trust and comfort with the Pirates

Prospect Roundtable: Which Second Half Surges Are You Buying?

Prospect Roundtable: Which Players Might Repeat a Level Next Year?

He seems to have gone from Pirate pitcher of the year to a lost soul that can not seem to get anyone out. Development needs to take place. He has the size and pitches to succeed. Is he another Keller?

He’s pretty different from Keller, in that his FB is not as big and he doesn’t throw it much. There was a concern in the industry that his 2021 A- results wouldn’t hold up. Thus far his A+ results (in 21 and 22) do not ease those concerns.

Players to hope on.

Does Florez really have the stuff? He throws tons of curves. Was his earlier success due to a good curve or the inability of A-ball hitters to hit curves?