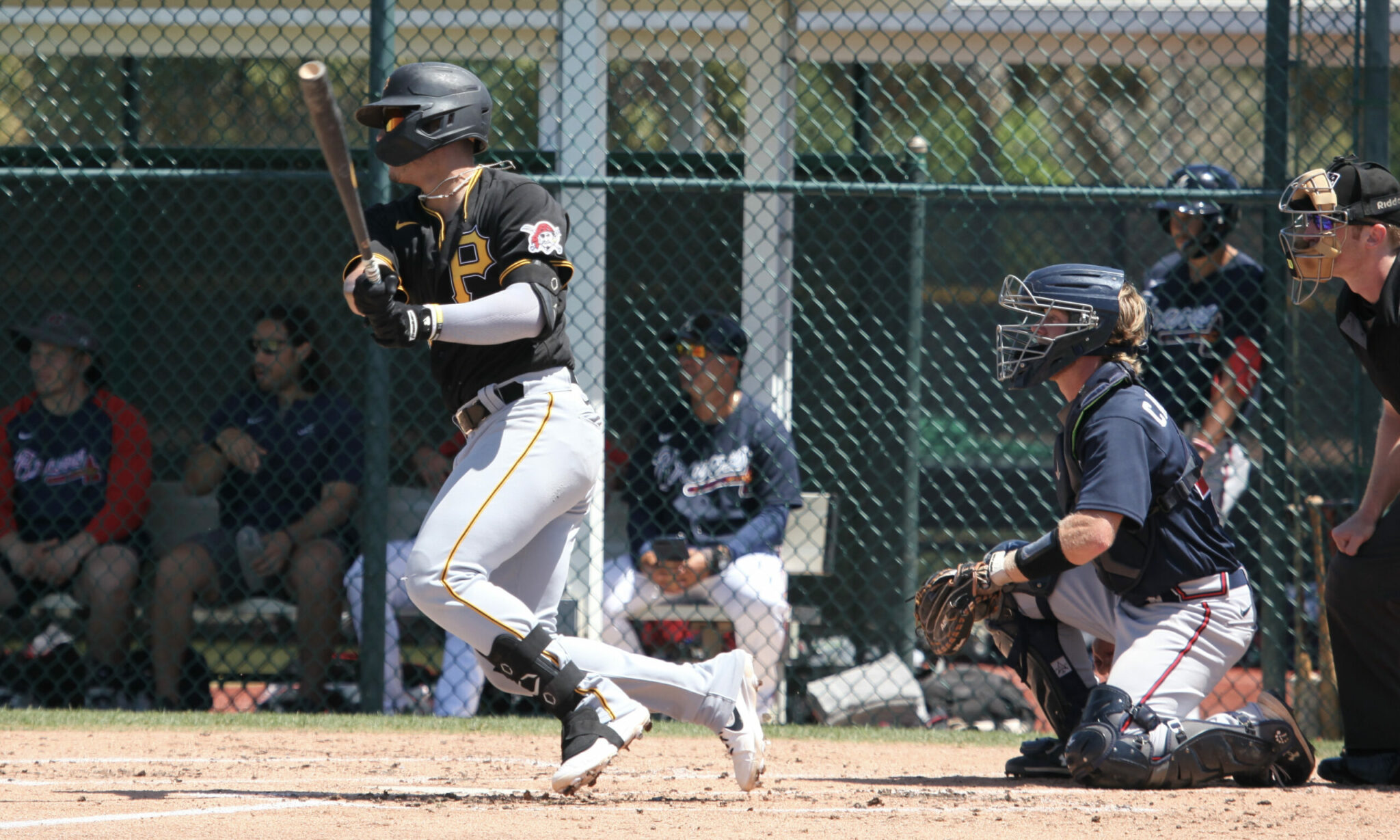 The other, other catcher in the Pirates system, Gutierrez is in the midst of a good season which is easily overlooked when thinking about how good Endy Rodriguez is currently hitting. Gutierrez picked up his 46th RBI of the season in Thursday’s loss.

Abrahan Gutierrez with a RBI single up the middle to make it a 6-3 game #LetsGoBucs pic.twitter.com/1SyVSWjc6a

When talking about Rodriguez, things usually shift to his versatility. That should never take away from his play behind the plate. He gives a reminder of that throwing out a would be base stealer here.

Endy Rodriguez throws out a would be base stealer to end the inning #LetsGoBucs pic.twitter.com/Q5cXGi536I

Citta began the year with Indianapolis before being assigned to Altoona, where he played 59 games for the Curve. He was recently called back up to Triple-A, and picked up his second home run at the level, and the sixth overall on his season.

3️⃣ games back in Triple-A, 3️⃣ games with at least one hit… and now this. 💥@Bcitta10 is clocked in. ⏱ pic.twitter.com/wF6pAenm1p

The only thing keeping Lopez from being the hottest player on the team, is the fact he’s playing with maybe the hottest player in the entire system right now. He picked up two more hits that brought his average up to .291. One of those hits temporarily gave Greensboro the lead.

Dariel Lopez stays hot with a RBI single to give Greensboro the lead #LetsGoBucs pic.twitter.com/BniolrhNwi

lopez has a smooth swing. i hope he can go to altoona soon

He’s still just 20. I don’t think there’s any rush. He’ll still be one of the younger players in AA next year