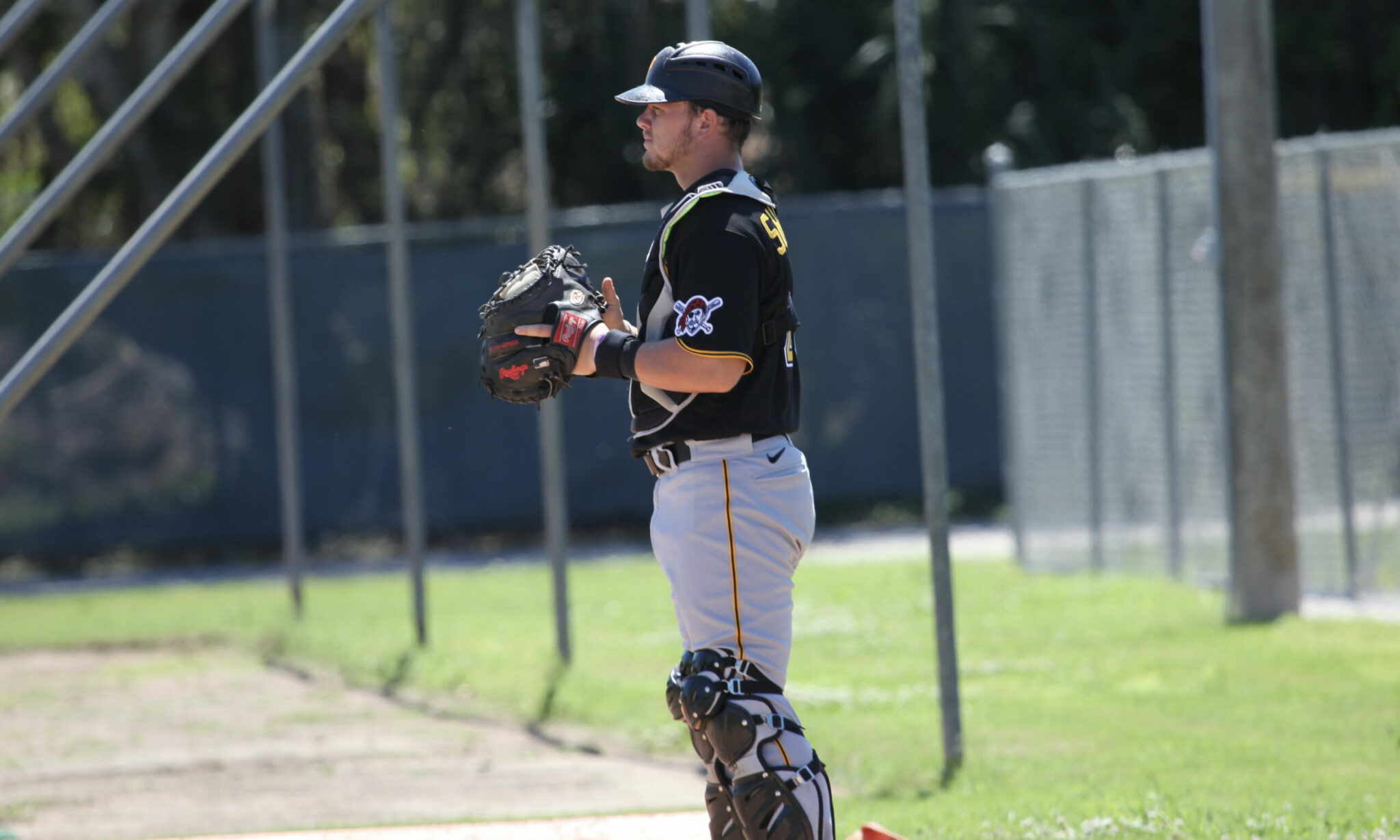 It’s been a weird season in Altoona at the catcher position. With the way the roster was constructed at the beginning of the season, it looked like it was Carter Bins’ spot to lose.

He struggled, and Blake Sabol did a great job stepping up. Bins was promoted to make room for Henry Davis, the team’s first overall pick from a year ago. Davis went on the injured list after two games and Sabol stepped up and took control of things.

Davis came back, only to have his wrist injury flare up again for a return to the injured list.

While Sabol has done a great job handling the majority of the time behind the plate, he hasn’t been alone, as former 34th round pick Dylan Shockley has also seen time catching.

Shockley, 25, hasn’t done much with the bat, but defensively has been one of the most solid at the position in the system.

When looking at how the starters have fared when he’s caught, there isn’t much difference in how they have performed with Shockley behind the plate compared to the others at the position (if you want to look at things glass half full that’s encouraging there isn’t much of a drop off in production from the starters when Shockley is in).

I’ve talked to some, not in the Pirates organization, that have absolutely raved about Shockley behind the plate, not only how he receives but also how he calls the game and works to the starters strengths. That’s not an indication on any of the other catchers, just an observation on Shockley specifically.

He did catch Mike Burrows’ longest outing (7 IP), and best strikeout performance (9 K) of the season so far.

Shockley hasn’t allowed a passed ball in 138 2/3 innings behind the plate and has also controlled the running game really well, throwing out 31.2% of would be base stealers.

While he’s a depth option that may not move too much higher due to his bat, Shockley is someone who has shown to be very pitcher friendly and is a perfect option at the Double-A level — a crucial stage for pitching prospects.

Pirates Roundtable: What Are Your Thoughts on Ben Cherington’s Rebuild?

Yesterday: Offense is Down, and it’s Not Just the Pirates

Pirates Roundtable: What Are Your Thoughts on Ben Cherington’s Rebuild?

Bradenton Marauders: Three Pitchers Ahead of Game In Changeup Development

Thanks for the article. I was a catcher, so I love pieces that dive into receiving.

Curious to know how your knees are. As someone who played 3B, some outfield, basically everywhere but catcher. I still marvel at the absolute abuse a catcher receives. Cervelli was a big testament to that damage.

BTW I would be interested in a piece about about advance scouting. At what level does it start? There must be some in the minors, since absorbing it and using it are vital skills.

When you say advanced scouting, do you mean like statcast kinda stuff? EV, launch angle and spin rate kinda stuff? Or did you mean something different?