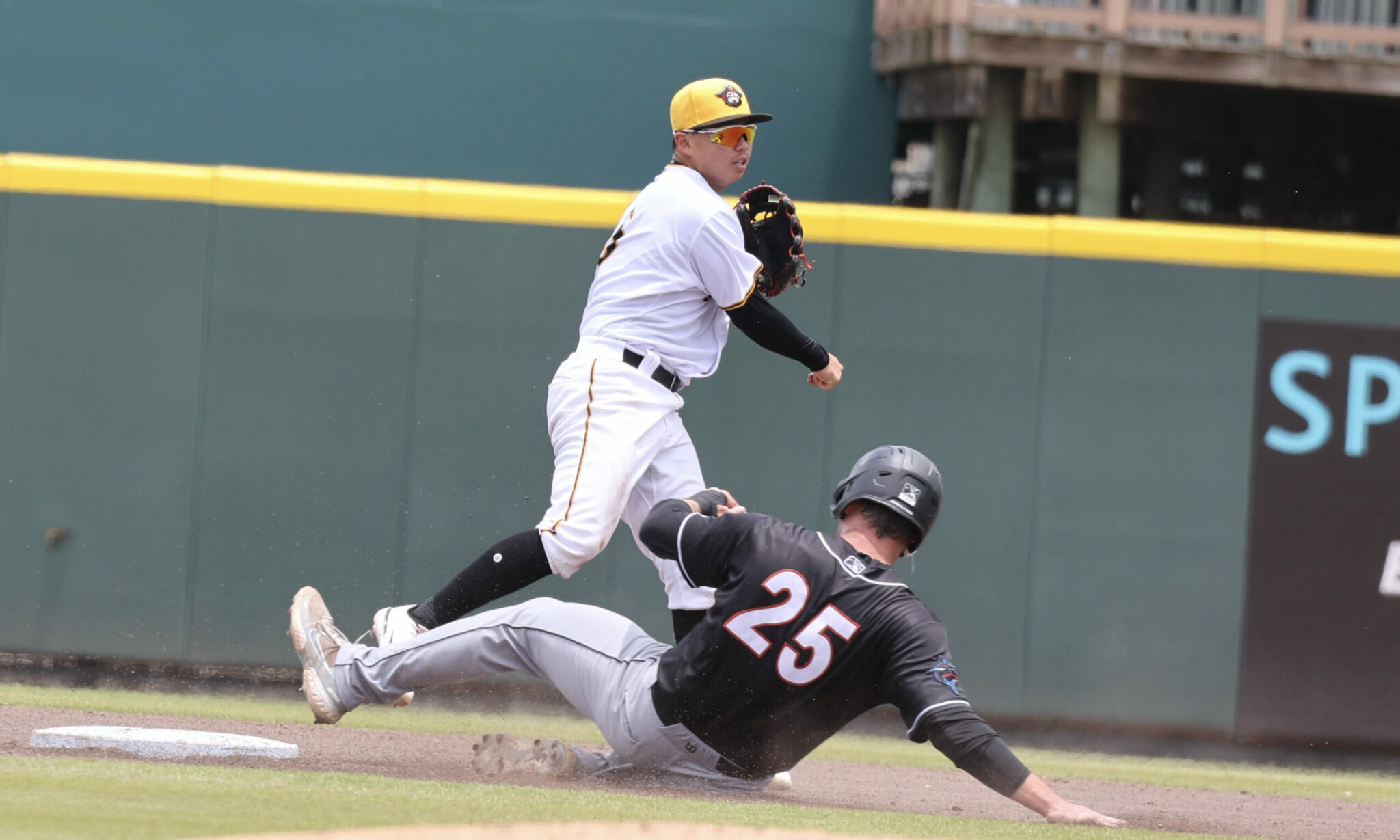 The Bradenton Marauders have seen quite the second half surge in 2022, including taking four of the six games this past week against the Palm Beach Cardinals.

Part of the reason behind the team’s turn around has been right at the top of the lineup, with Tsung-Che Cheng becoming the team’s go-to table setter.

August he has really taken off, with a .450 average, hitting six doubles and a triple to go along with 12 runs, seven RBI and four stolen bases. Cheng has also walked (10) twice as many times as he has struck out (5).

This past week he picked up two different three-hit games and has reach safely in 11-of-12 this month overall.

Cheng was one of the more interesting prospects in the system entering the 2022 season, and while an injury slowed his progress he’s really helping lead the charge for the Marauders down the stretch.

One of the appeals of Diego Castillo’s game was his approach at the plate. He showed a long history of being very capable of sitting back and taking a walk when the situation came up. Once he got to the majors, he flipped and started to sell out to hit for a little more power. That resulted in a low average (with some home runs, granted) and a high strike out rate.

Back in Indianapolis, he is slowly starting to get back to his game. The strikeouts are still higher than was they were in year’s prior, but it has come down from where he was at in the majors. After drawing a walk on Sunday he has a 7.1 BB%, compared to a 23.2 K%. It’s a small sample size (56 plate appearances) but it’s progress.

Jack Suwinski on the other hand struck out three times on Sunday and now has been rung up 41 times in 95 plate appearances (43.1%). He still remains the NL rookie leader in home runs at the moment, but with that kind of issues making contact it’s hard to figure out when Suwinski could be back in the majors.

Today: Return From the West Coast

Bummer about Jack. He seems to have gotten worse.

The silver lining here is he’s very much still a prospect (just turned 24) and far from a finished product.

I do hope this inspires the front office to go shopping this offseason. There’s certainly no shortage of outfield candidates (Suwinski, Mitchell, Allen, Swaggerty, Smith-Njigba, Madris), but as yet we don’t know whether anyone can be a league-average starter, and I don’t have much faith the master plan will allow us to find out by October.

you forgot the best option, Bae.