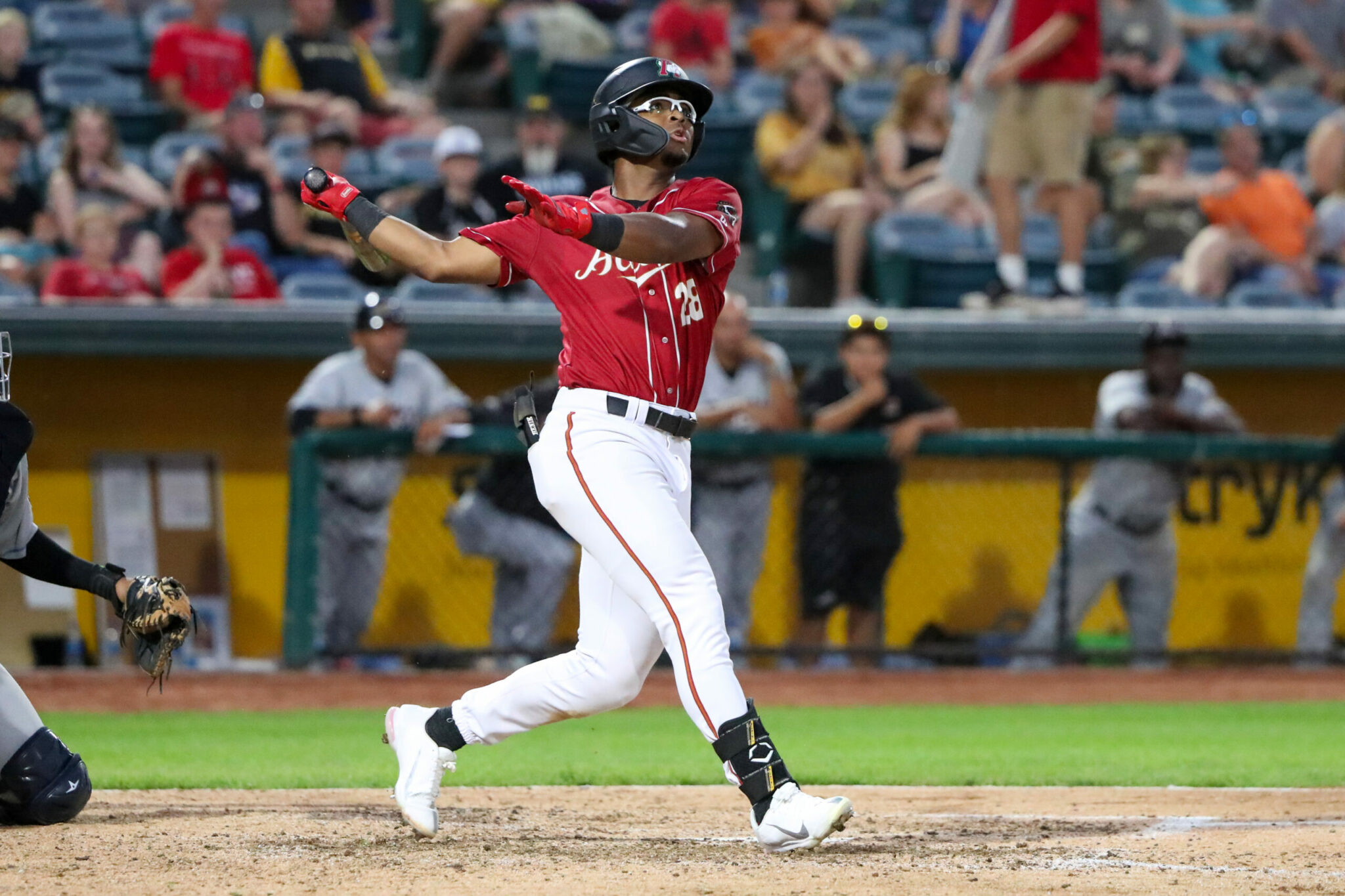 Altoona had quite themselves the game offensively, hammering a few home runs on their way to the win. Matt Fraizer also chipped in defensively, gunning out a runner who tried to tag up and take third base.

. @mattfraizer3 has a cannon for an arm! He nails the baserunner for a double play at third base! pic.twitter.com/7JG2kRaYUQ

Endy hit his 18th home run of the season, and his second at the Double-A level in just his first week playing for Altoona. He also picked up another hit on the day, and finished with six overall in five games played during the week.

Endy Rodriguez has gone yard for the second time in Double-A!! We lead it 5-1 in the fifth inning! pic.twitter.com/Y6MX5ILH57

The former 22nd round pick out of Washington State picked up his 18th home run of the season for the Curve, good for second on the team behind Aaron Shackelford.

. @and6alv joins the home run party and we extend our lead in the fourth!! pic.twitter.com/jJHLXj3hGd

The catcher has cooled off a bit as the season has gone along, but he still picked up his 13th home run of the season, tying his mark from a year ago.

The 13th home run of the season for @Blake_Sabol24 puts us back on top! pic.twitter.com/xSNaZIUiMa

When he’s not making highlight reel plays defensively, Triolo has been really making some solid contact of late, hitting another home run, his seventh of the season. After showing no signs of power early on, Triolo has a slugging percentage just a shade under .400.

For the second time this week, @JaredTriolo has homered in the first at-bat of the game!! pic.twitter.com/lHJ9fhC6jJ

Castillo hit his second home run with Indianapolis on Sunday, cutting Memphis’ lead in half in the sixth inning.

I disagree, more positive than negative down on the farms
Also disagree with extending spring training the entire 2022 season
i completely understand what small market teams have to build then stay competitive
HOWEVER, when a true fan who knows baseball can’t determine if the manager is so far out of touch and in way over his head or if he’s been instructed to TANK games with bizarre line ups and hideous in game decisions that are sometimes impossible to comprehend. please help

Endy’s performance this year is arguably the best thing that’s happened to this organization in 2022. Gorski was likely to have had a better year if he hadn’t got hurt.

So many disappointments this year, I suppose we shouldn’t forget to celebrate the successes, even if we don’t feel like celebrating.

Last edited 1 month ago by skliesen
3

This was always going to be the downfall of the type of rebuild they’re trying. We were always, regardless of quality, gonna get more failures than successes; that’s just how the game works. Has a way of making things seem worse than they are.

I had unrealistic high hopes this year. I should know better, but I’m sure next March I’ll be talking about how great everything is going to be, too.

Hope springs eternal. While Summer usually kicks you where the sun don’t shine.

The beauty of being a baseball fan, hope I never lose that feeling completely.

Keep following the Pirates and you will. Eventually.
Ten years from now you will be reading about all the great prospects and then you will ask yourself “What ever happened to all those great prospects I used to read about years ago?” Groundhog decades.

Agreed. Easy to point out the let downs, what Endy has done is incredibly impressive.

It’s been awesome watching him go from Bradenton last year up to Altoona now. Dude has hit wherever he has gone

someone help me out. i'm just not sure if endy…

The Pittsburgh Pirates couldn't carry Saturday's victory into Sunday and ...
99