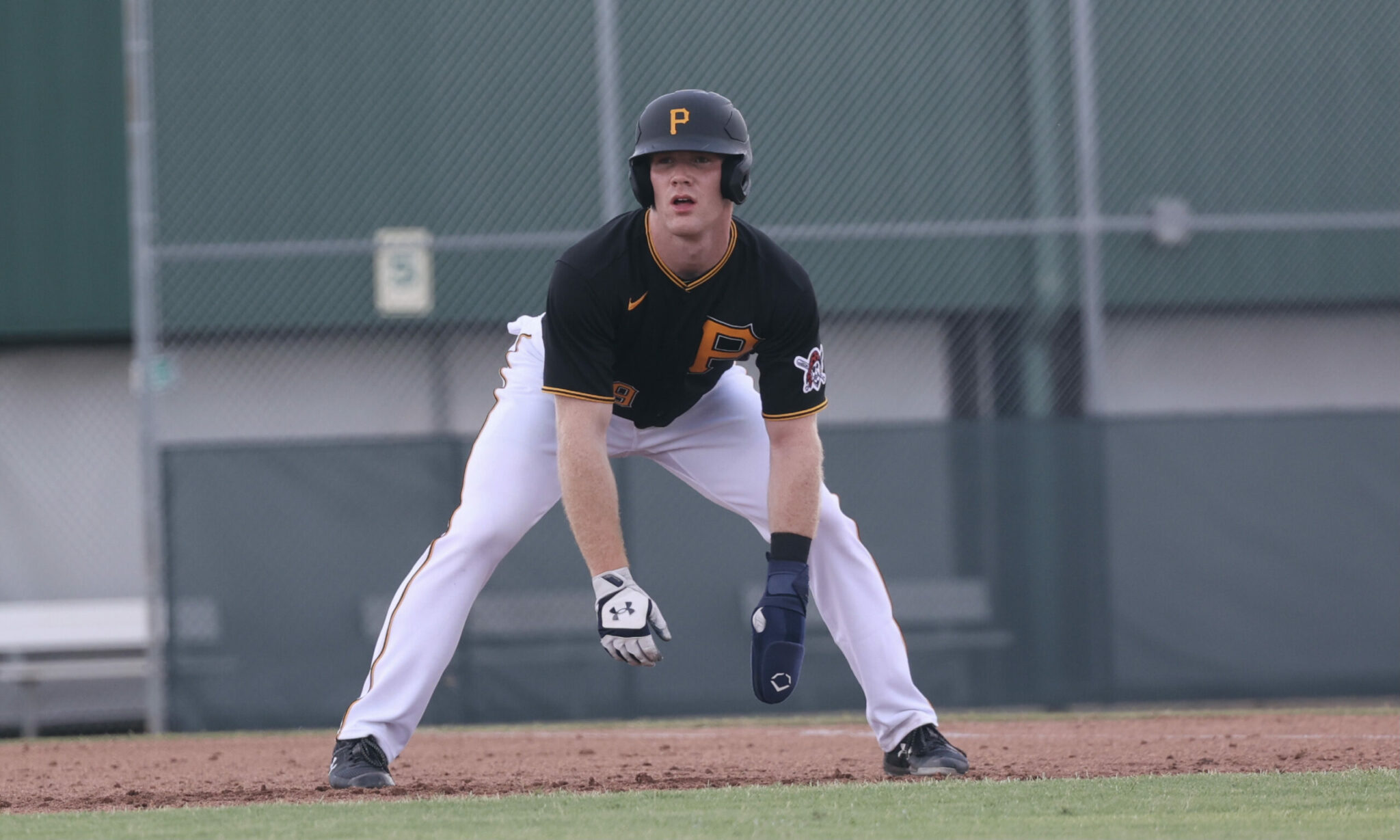 We started a new Sunday series last week, looking at the progress of the Pittsburgh Pirates’ 2022 draft picks. There was only one player to cover last week, so I gave an outline of when we can expect to see the 2022 picks to play.

There were plenty of debuts this week, including first round pick Termarr Johnson. Here’s a look at each 2022 draft pick who has appeared in a game this season. They are sorted by draft round.

Termarr Johnson (1st round) – The fourth overall pick in the draft debuted on Tuesday. He was the shortstop in his opener and went 0-for-2. Johnson was the DH on Thursday and went 0-for-2 as well. He started at second base on Saturday and doubled in his first at-bat. He finished 1-for-3. Johnson has yet to play a full game or back-to-back days. The FCL season wraps up on August 23rd, but the Pirates still have a chance to make the playoffs, which would add some extra games to get draft picks more action. We will see if the Pirates decide to move Johnson up a level to finish the season. The season for Bradenton runs until September 11th, though they have a playoff shot as well, so it could go longer.

Jack Brannigan (3rd) – Brannigan (pictured above) was the only player to see action last week. The third round pick went 1-for-5 with a walk and HBP in two games with the FCL Pirates. He debuted in Bradenton last Saturday and hit a home run. He went 2-for-4 with a walk in that game. He doubled and drove in a run off of the bench on Sunday, then had a single and a double on Tuesday. Since then he has gone 1-for-3 with a walk (Wednesday), 0-for-3 with a walk (Friday), and 1-for-4 with a solo homer on Saturday. He has a .308/.419/.615 slash line in 31 plate appearances over eight games between both teams.

Tres Gonzalez (5th) – Gonzalez went 0-for-2 with a HBP in his only FCL game, then moved up to Bradenton. He went 0-for-3 on Wednesday, and 1-for-3 with a run scored, single, RBI and HBP on Friday.

Cy Nielson (8th) – The lefty debuted on Friday for the FCL Pirates and pitched one inning, allowing two hits, with no runs or walks, and one strikeout.

Mike Walsh (9th) – The right-hander debuted on Friday for the FCL Pirates and pitched one inning, allowing one run on one hit, one walk and one strikeout.

Tanner Tredaway (10th) – The outfielder went 1-for-5 with a double in two games for the FCL Pirates, before being promoted to Bradenton. He started on Saturday night in his first game with Bradenton and he went 1-for-4 with a double, run scored and two RBIs.

Nick Cimillo (16th) – The catcher debuted on Monday and went 2-for-3 with a run scored and an RBI in his debut. He played on Thursday and went 1-for-3 with an RBI. On Saturday, he went 0-for-3. Cimillo has caught all three games he has played. He had a rough time on Saturday, allowing three passed balls and runners went 3-for-3 in steals.

Jaycob Deese (17th) – The right-hander debuted on Saturday for the FCL Pirates and pitched one inning, allowing an unearned run on two hits, with no walks and one strikeout

Elijah Birdsong (18th) – The right-handed pitcher debuted on Saturday for the FCL Pirates and pitched one inning, allowing two earned runs on one hit (a homer), one walk and one hit batter, striking out one batter.

The only position player yet to appear is 15th round pick Josh Sightler. The other nine are pitchers. Not all of them will appear in games. We will continue to do Sunday updates on the draft picks until the season ends, which will be later if Bradenton makes the playoffs.

What is with all the HBP? Is this a MiLB problem? Pitchers without control or just in the Pirate’s system?

The Pittsburgh Pirates couldn't carry Saturday's victory into Sunday and ...
98

How about blaming DeJong for grooving a couple pitches.