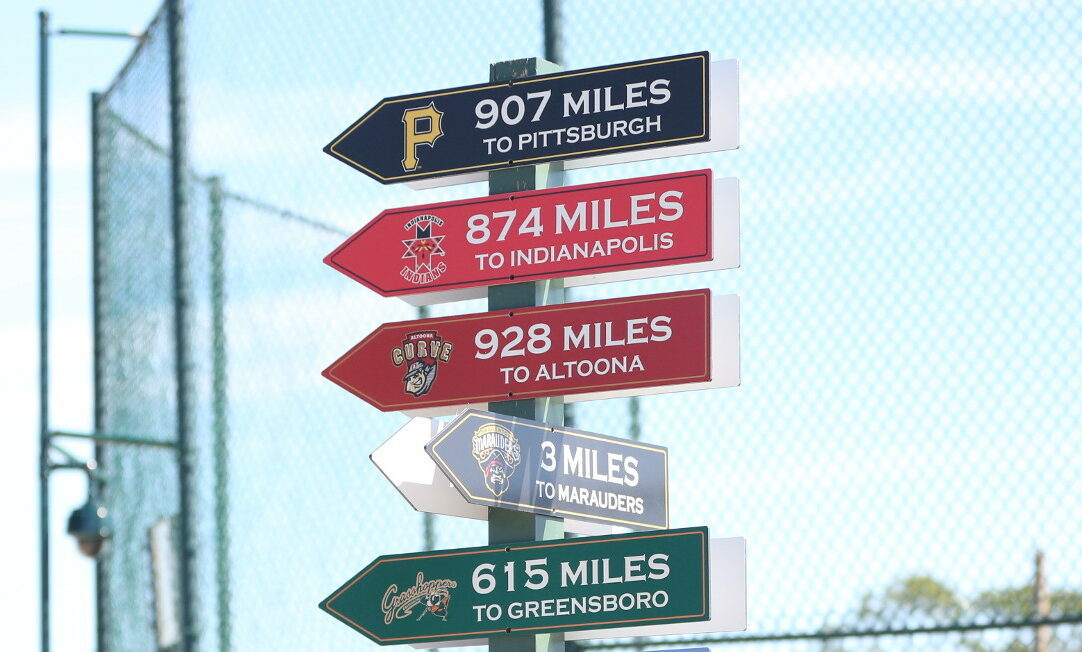 One of the most interesting things about the developmental changes in the Pittsburgh Pirates system has been the variance allowed to individual prospects.

If a player is looking to improve in a particular area, there isn’t just one way. The Pirates have collected the resources of their entire organization to provide a variable development plan which will ideally lead to players reaching their developmental targets. This process received a boost from Vic Black, who has developed a video library to assist with development.

I recently spoke with Pirates farm director John Baker about the process a player goes through to develop an individual aspect to their game.

The example that Baker used was a simple one — a pitcher loading into the back hip. This is a common development approach for every pitcher, teaching them how to best control the momentum of their mechanics, and drive power from their lower half.

The Pirates don’t just have one way to get a player to this target.

“We don’t think of it in terms of ‘We’re giving him 18 different targets to hit,'” said Baker. “We’re giving him one target to hit, and we’re going to put him through a series and course of things, that is all the exact same intentions. All going in exactly the same direction.”

The Pirates offer variability to provide options for their different prospects — with all roads leading to the same result. They also want to challenge players in the drill, making it difficult to the point where the player will be forced to learn. Baker has previously told me that the Pirates see a 60% success rate in practice as a successful practice, with the learning and development coming as a result of the lessons from the other 40%.

The development drills are customized to the level and type of play a player might see. A drill for a player in rookie ball would have a different intensity and focus as a more veteran prospect in Triple-A. Ideally, the player knows what to do by the time he’s implementing the new approach in a game.

What Baker is referencing there is a drill that all pitchers go through on their daily workout, throwing different objects at a target on the outfield wall, with the goal of hitting the target and improving command. Each object — ranging from a football to a baseball to a red club — is meant for an approach specific to the individual pitcher.

“We’re always exploring the edges of the skill, but directed very specifically in one area,” said Baker. “It may look like we’re doing a lot of variability, and we are, but all of that variability is towards a stable endpoint, and its purposeful. Its based off an assessment that Vic has done with the thrower. It’s a comprehensive plan. It’s beyond just what you might see out on the field.”

The Pirates have been pulling together their resources from the entire organization. Their approach in developing these prospects doesn’t just come from instruction from coaches like Black. It also involves work with Minor League Strength & Conditioning Coach, Cory Cook, who leads coordination and stability drills — and also provides a nice at-home workout guide for non-players.

Cook’s role is to support the players by offering any simple adjustments needed on the field. The approach here is similar, in that the Pirates are trying to find the way that works for each individual player.

“If it’s loading in the back hip, or the deceleration pattern the guy has, if it’s accuracy in the front foot landing, there will be one or two things and a lot of different ways to get there, and we believe that the body learns from that variability,” said Baker.

It’s too early to tell how this new development approach will work. The principle behind the concept makes sense. The Pirates have been giving their minor league players more control over their careers, and to go with that, more choices on how to complete their development. They’ve also been pulling the resources of the entire organization to create a collaborative approach.

In the end, baseball player development is just an education system. The Pirates have done a great job of building that system up to maximize the resources the players have available to learn and develop their game.

they are trying to develop players abilities now. Sounds resourceful.

Having tried to help my youngest develop a consistent pitching delivery, I appreciate what a complex teaching problem this is.