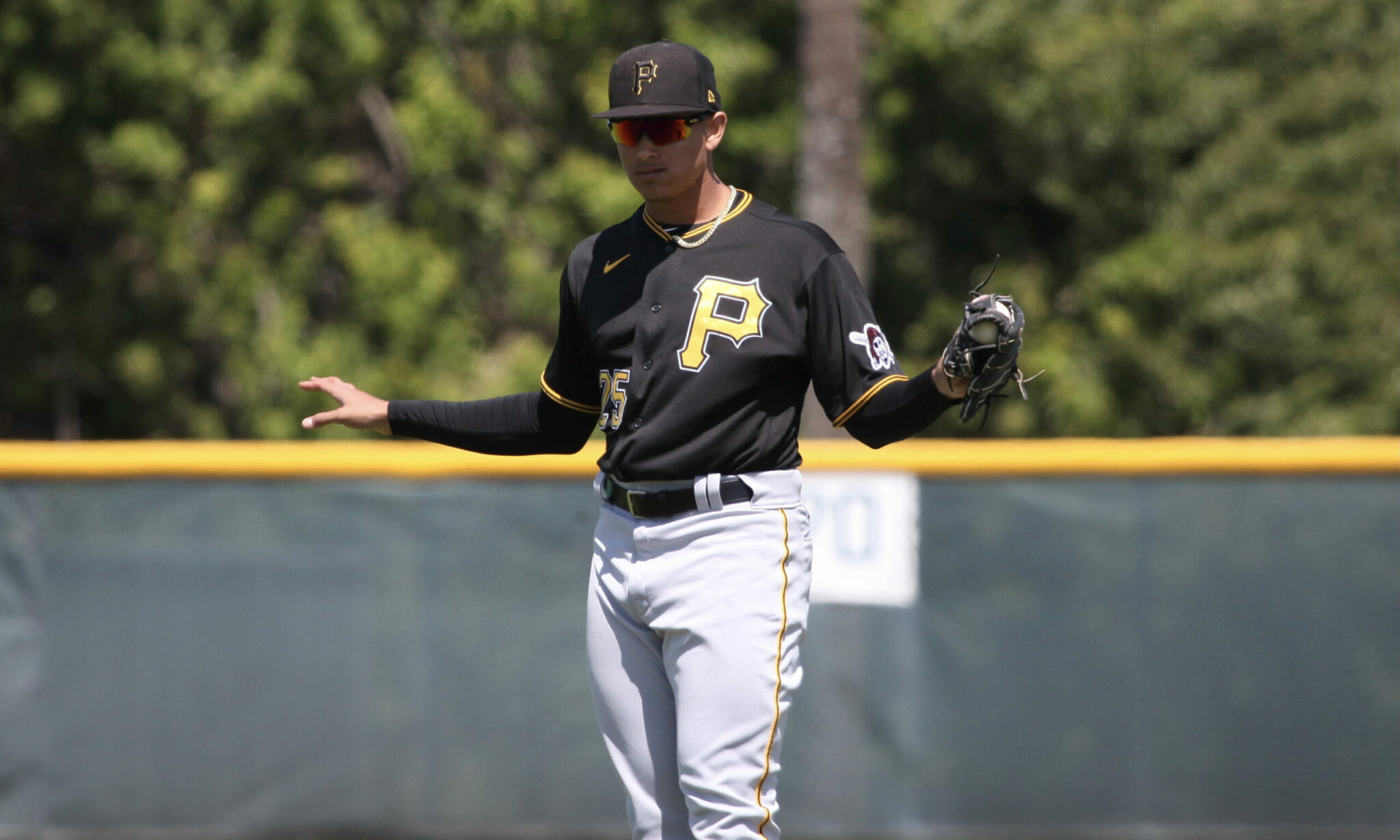 Dariel Lopez was among a group of young international prospects who the Pirates aggressively pushed to Bradenton last year. He responded with a strong season, playing a key role in the team’s division championship, hitting in the middle of the order most of the year.

He also flashed some incredible opposite field power and went to right field nearly 40% of the time.

After impressing in Bradenton, the Low-A Southeast managers also voted him the best defensive third baseman, despite committing 32 errors. Lopez was assigned to Greensboro to begin the 2022 season.

As the weather started to warm up, so did his bat. May he put up a 130 wRC+ and is starting to flash some of that raw power again.

Something has been different about the way he has hitting the ball, at least compared to last year in Bradenton.

Looking back at his swing from last year, and comparing it to this season, you can see a slight change in his lead foot. While in Bradenton, his stance is more open when his front foot comes down, whereas this year in Greensboro its more closed off.

Both were hit for home runs, the first in Bradenton went to right center, with Greensboro going to left.

It wasn’t an isolated instance for Lopez, as watching through his highlights from a year ago, you see the same thing. While video isn’t as steadily available for Greensboro, you see in the little bit that is available.

Here are all of Lopez’s plate appearances from the previous weekend against Winston-Salem, where he collected five hits, three of which went for extra-bases.

His feet look a lot calmer and more collected, with a lot less of the extra stuff, and just a clean step and follow through.

Lopez has impressive raw power for an infielder, and he was able to show that in Bradenton hitting to the opposite field. Now that he’s turning on pitches more, as he continually gets comfortable at High-A, we may see even more of that power show up in the stats.

My pick to click this year, predicting a monster second half.

He was mine this offseason too. The power he has going to the other way, if he learned to turn on it, was going to be dangerous. Looks like he’s starting to do it too.