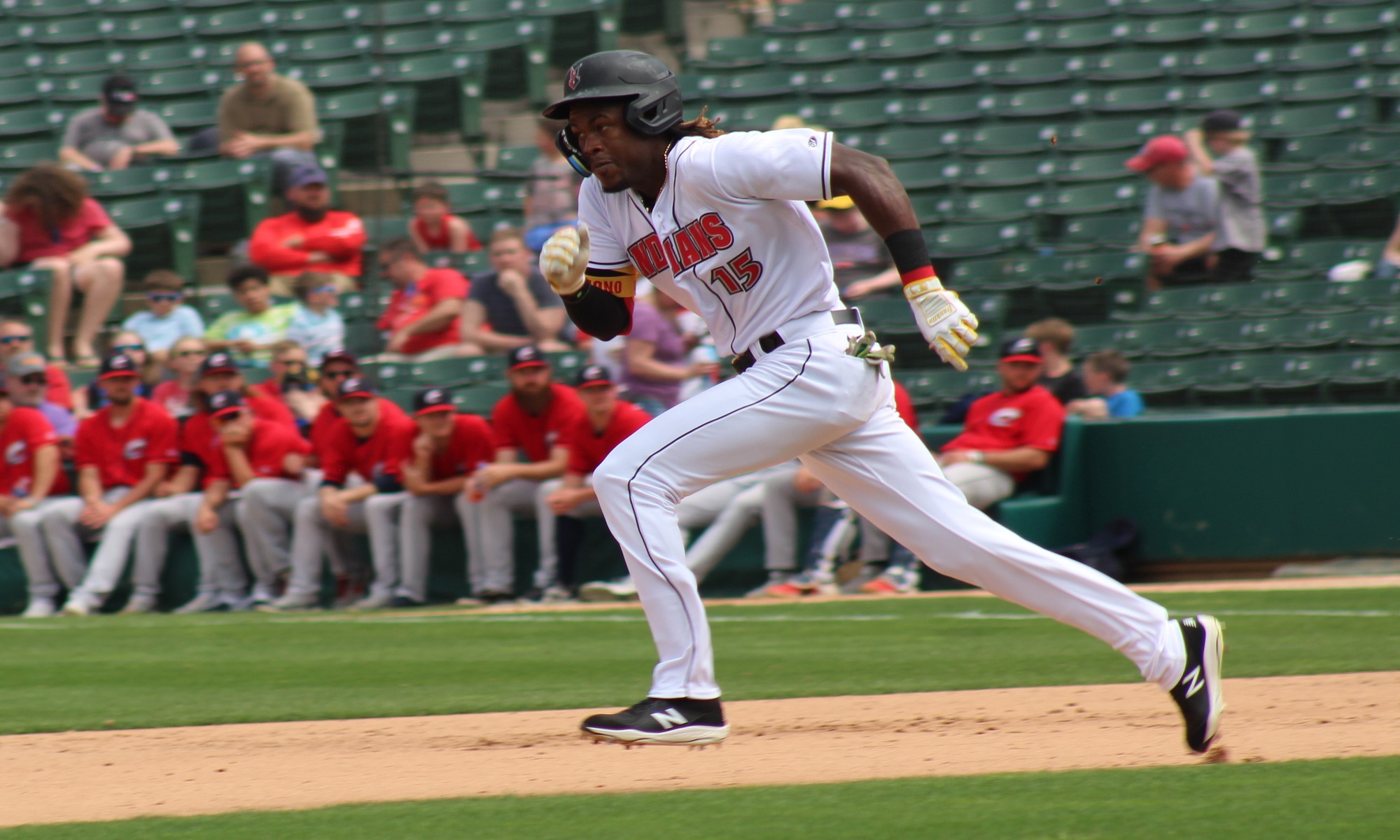 There’s a reason Oneil Cruz gets so much hype as a top prospect, and leads to so many dreams about a non-existent ceiling.

Consider these results from his first three innings in the majors this year from Monday night’s debut.

3 innings into his 2022 debut, @Pirates' Oneil Cruz has registered:

Cruz immediately became one of the most impactful Pirates at the plate and on the bases. It didn’t take him long to register the hardest hit of the season, and his running was all-out, with the three fastest sprint speeds on the team. He also registered the hardest throw by an MLB infielder this year.

It's Oneil Cruz's first game of the season and he already recorded the hardest throw by an infielder this year at 96.7 MPH 🤯 pic.twitter.com/5XUlqHRjac

It’s no surprise that Cruz was so dialed in for such a big game. As a result, we got to see what makes him so special when he is dialed in. It’s all-out play that turns him into an absolute specimen on the field.

The most powerful hitter.

That leaves a lot to dream about. The bat and the power will be the driving force for Cruz’s value, but if he can maintain value on the bases and on the field, you’re looking at the potential star everyone hopes he can become.

Of course, it is only one game. There’s a difference between Cruz being dialed in for his 2022 debut, and Cruz being similarly dialed in for a random Tuesday game in August. If he can do the latter consistently, then we’re looking at a young star.

THIS GUY, BLIGH, IS GOOD

In his MLB debut, Bligh Madris went 3-for-4, including two RBIs as he picked up his first hit with the bases loaded.

Our guy Bligh with his first Major League hit! pic.twitter.com/LoHcefsmwL

Madris definitely earned his trip to the majors this year. He started with an impressive spring that made him one of the final cuts from camp. He continued in Triple-A with a .304/.385/.519 line in 179 plate appearances. The numbers included a new career high in power, with a spike in line drives, and an increased ability to pull the ball.

It’s hard to say this early what Madris can be in the majors, since he’s obviously taken a significant step forward this year.

I don’t think it’s too early to say that he can be a legitimate MLB outfielder, with a shot at giving the Pirates a good lefty hitter off the bench.

To think our GM believed Tucker, VanMeter, and Park were better roster options in April. How many close losses when the Pirates could only score 1 or 2 runs, would have been wins? How many more fans would have turned out for games?

I think there was a method to the madness by BC on Cruz’ call up date. It’s a 4-game home series with the lowly Cubs pitching staff. A call-up during Giants, Cardinals, Braves series would not have showcased his immense talents like last night did. Those series had almost all TOR starters to face…..and we struggled of course….as would Cruz. This Cubs series was perfect timing! Three more games to wreak havoc, with a legitimate chance of a sweep or 3 of 4. A small window for fans to actually buy tickets and to generate excitement for the Young Bucs. It has the feel that this call-up was all planned out. Tip of the cap to BC.

It seems that a lot of people expect Cruz to be perfect in every way. No one, let alone a baseball player will be perfect. He will make errors on plays that other shortstops will make, but will make a great running catch that others won’t be able to make.

All I know is that Cruz is so much fun to watch so I plan on enjoying the ride and don’t plan on nitpicking every little deficency in his game.

Put me in the rare “Cruz can be an ELITE shortstop” column. I think if he really can stay focused on his defense he makes plays no one else makes. Yes he will make errors but it’s because he is pushing his limits. Just like getting called out at third (looked safe to me); no one else would have tried. I dig it BIG TIME.

New mock on The Athletic…Collier.

Yes! I am pounding the table!

Newman has options, they have to use an option and not mess with Cruz. Play him everyday just like they are with Suwinski. Ride the ebbs and the flows

Castillo has options too and needs everyday reps. I’d keep Newman as the bench piece defensive replacement for the middle infield and send Castillo to Indy.

I would agree with this. This should probably be newman’s last ride and let castillo keep working at Indy and last year hes a bench piece all year

Good point, and we all know there will be good days and bad days for Oneil Cruz.

Newman has options, but those options could be what is needed for him to have trade value elsewhere. With Castillo, Castro, Marcano all having MI MLB experience, and Liover Peguero and Nick Gonzales at AA/AAA for the rest of 2022, what benefit can Newman provide? Time to cut him and others loose, and go with youth for the remainder of 2022.

I know it’s all about Cruz right now, but I’m so happy for Madris. He found another gear this year, and this was well deserved.

I’m enjoying watching Bligh. I think we may have uncovered a late bloomer. It’s great to finally see someone breakout here instead of elsewhere for change. Fingers crossed that he is able to establish himself, as he also seems like a decent OFer.

i remember just poking around stat sheets last year and seeing Bligh and recognizing his name just seeing it here and there on this site. I was like “huh, this guy is… interesting? looks like he can hit.” and here we are and he’s a gear to his power since last year. So cool. I hope he finds a way to stick. Maybe he can continue some of that 1b work!

He looked like your prototypical 4th OF. Solid defense. I’ve watched him steal a couple HR’s in Indy. Knock on him was always if he could develop some power. Like you said, he was always a solid hitter, but it was more gap power and he isn’t particularly fast.

Obviously he’ll never be good at a lot of the things that even the bottom half of shortstops are passable at.

That said, he can do a lot of things that NO shortstop can do. The runners he’ll gun down at the plate, the runners he’ll not have to gun down because they didnt even go due to his arm, and even 10 foot high line drives that he picks out of the air that nobody else can reach.

It’ll be ugly at times that it shouldnt be ugly, and it’ll be amazing at times. I think the sum of all this is gonna be a fine-enough shortstop. It’ll just be super non-traditional in how he does it.

All that’s expected is that he makes the routine plays. His bat will make that look like gold glove work.

It is a shocking indictment of MLB talent that half of all shortstops are below-average.

You sure that math checks out?

That sounds about correct. As pretty as that 97 mph throw to 1B was, we just need to be prepared for when one of those is spiked or thrown 10 ft over the 1B head. Or who knows, maybe being in the majors will create the calm in his game that we’ve been seeking all this time.

I might be in the minority in that I am fine with when they decided to bring up cruz, but man we can all agree that those tools are LOUD. Can dream on that cannon we saw at SS last night hosing players from right field for the next several years as we push towards october

And BC thought keeping Tucker and VanMeter over Cruz was the right decision.

I wasn’t aware of those guys playing SS

If you said Newman and Castillo, you might have something

Two months too late, but what a 2022 debut for Cruz!! I am still not convinced he’s a major league shortstop, but his speed, bat, and passion will have him play somewhere everyday.