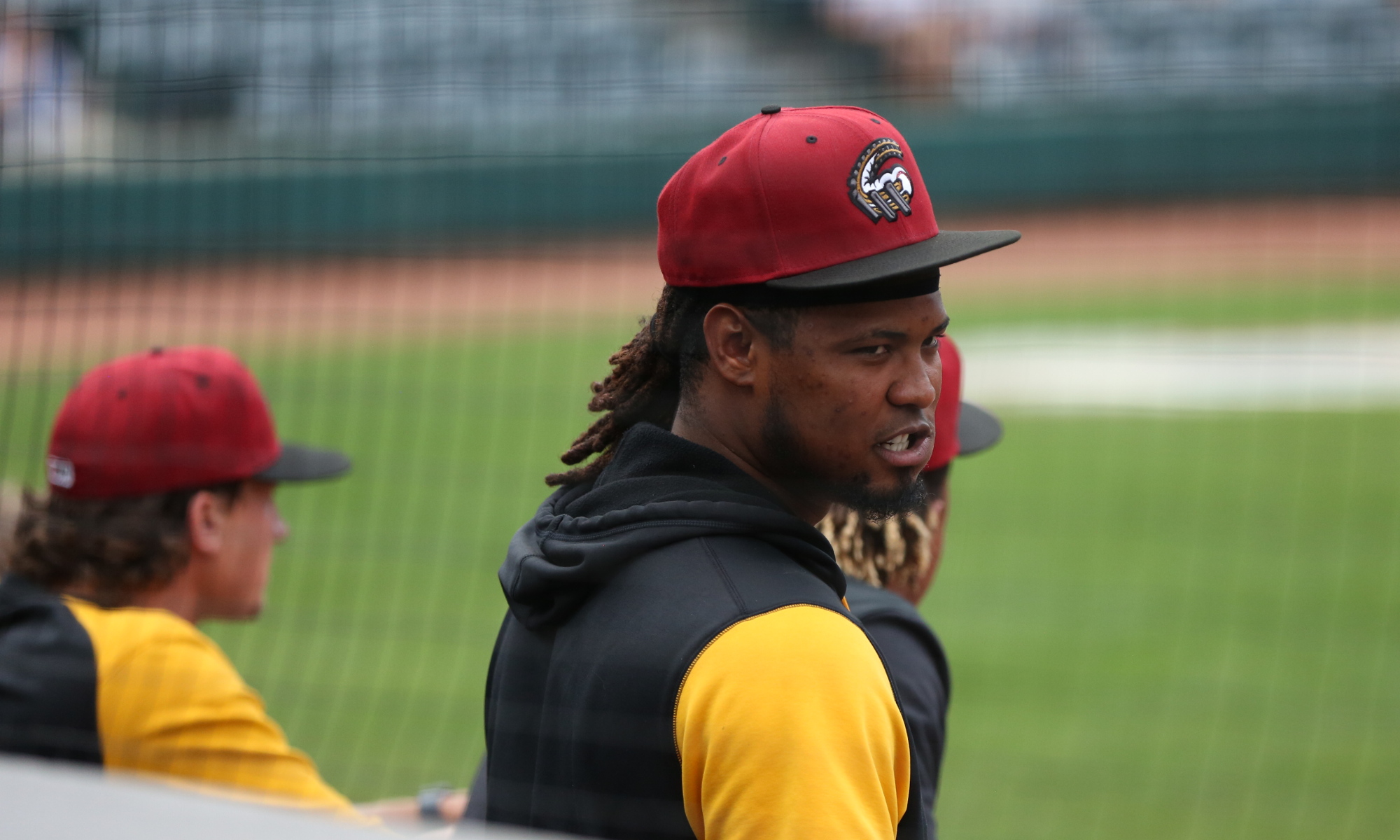 It’s been an incredibly run for Luis Ortiz, who went from Opening Day starter for the Bradenton Marauders in 2021 to making his major league debut on Tuesday. The righty was brilliant in his MLB debut, pitching 5 1/3 innings of no-hit baseball, striking out five and walking three.

With an upper 90s fastball, Ortiz was lighting up the radar gun like a Christmas tree, posting some eye popping velocity readings. It also made it an interesting game to open up the statcast sheet and see what kind of numbers he put up, and to no surprise there was some interesting takeaways.

— Ortiz threw 53 fastballs Tuesday night, averaged 99 mph and topped triple-digits six times. He also threw the 53 hardest pitches in the entire game, on both sides, all of which were those fastballs.

— While there was obvious attention being immediately drawn to his fastball, his slider was maybe his best pitch on the night. Of the 12 swings on sliders, he generated whiffs on half of them. All total, 44% of his sliders thrown were either whiffs or called strikes. It showed great rotation as well, with a spin rate of just under 2500 rpm.

–While the velocity makes it more likely to get some misses, he only picked up three on 24 swings, which goes back to something Tim Williams mentioned about Ortiz’s fastballs in a previous report. Over a longer stretch, continually throwing 100 mph increases your odds of getting misses, Ortiz did struggle with his fastball control in the later innings, so he may have to dial it back to keep it in the strike zone.

— Liover Peguero has hits in five straight, and six of eight in the month of September. Some of the offensive numbers haven’t been pretty this year, and the errors have been a problem but Peguero remains young for the league he’s playing in and has shown some positive signs in the second half (decrease in strikeouts, walks up slightly).

One thing that goes lost on Peguero sometimes is his speed, or at least his ability on the base paths. He added two more stolen bases on Tuesday, giving him 25 on the season and now has 53 over the past two years.

— I talked about the journey that Ortiz he had been on since the beginning of last year, but how about the road Matt Eckelman traveled this season? Started the year in the Indianapolis bullpen, where things didn’t go well (7.67 ERA in 31 2/3 IP), went to Greensboro to start throwing a knuckleball and is now in the Altoona rotation.

He has a 2.45 ERA in 11 innings since joining the Curve, and threw five frames of one-run ball on Tuesday in the team’s win.

Quinn Priester: Confidence Paves Path To Success On The Mound

Kyle Nicolas: Attacks Hitters Base Off ‘Feel’ On The Mound

Maintaining Focus on the Mound is Key To The Highest Level

J.C. Flowers: Athleticism Allows Righty To Be A Quick Study On The Mound

I didn’t see Ortiz pitch but read about the heat he was throwing and I was surprised he did as well as he did. I for one am happy with his results. I didn’t think he would ever start a major league game based on what I read on this site about him. Maybe he made the necessary adjustments to tap into his vast potential. Great for him and the Pirates if he can repeat the success he had in this one start.

Ive read a few times how his outing was like a closer’s stuff while starting, which feels like how i have felt when i catch spencer strider pitching. I certainly wont say ortiz will become strider but the upper 90s heat and upper 80s sharp slider show some decent similarities…

It was an impressive outing for sure – and his fastball was eye opening. I do have to add that this was against a very weak Reds lineup, as it appears the Reds have fully tanked for the balance of the season. I would like to see Ortiz get another start or two and see how he does against a more quality lineup.

Its too bad that BC did not have the common sense to give guys like Burrows, Ortiz, Bolton, etc. some starts and experience in August and September, over the tried and failed veteran retreads like Wilson, Beede, etc.

I overall can’t stand the Pirates approach with retreads. Both Pitching and Position players. Get Bae some at bats, get Burrows and Bolton some time on the mound over these chumps.

100% agree. VanMeter stuck on the roster way too long, same with Gamel. They should have done Gamel a favor and released him weeks ago to see if a playoff team would add him as a 5th outfielder type. Let the young pitchers come up and toss some innings, we know by now that half the pitching staff are duds.

Clearly we need to give a helluva lot of credit to the Dominican Academy team of scouts. The dude (former MLB player) that was interviewed by Robbie last night stated that he asked Ortiz’s amateur scout to not tell any other teams, giving him the first shot of trying out Ortiz. Ortiz fell in love with the Academy and signed with the Pirates. It’s these kind of relationships that we have to have down there to give us an edge over others. Man, we’ve gotta keep that pipeline flowing…….legally of course……no under the table shenanigans like the Braves!

Watching Ortiz was like watching a closer pitch 6 innings. Fastball is electric, but MLB hitters will time it up. He needs the change to keep lefties honest.

I’ll get it going early.

Tim, I read your earlier piece on Ortiz having a lefty problem. For a guy who hits triple digits so easily, it didn’t seem like he was really fooling hitters but just mostly jamming them up a little. I worry he’ll get hit hard or walk a lot of guys if he doesn’t figure out that changeup and some better sequencing but he could be a really nasty reliever!

Right. To start he needs a third pitch that breaks away. Brady Singer now has a second-rate change that keeps lefties honest. That’s all it takes.

Ortiz has earned a longer look after yesterday’s performance. Would be nice to see him in the rotation instead of Wilson or perhaps a six man rotation to finish things off. Next year a rotation of Contreras, Keller, Brubaker, Oviedo and Ortiz could work to start with Burrows, Priester and Nicholas all starting off at triple A as high future upside options if any of these five falter.

I’m not sold on Oviedo or Ortiz being in the rotation to start the year. And certainly not both of them. Pirates definitely need to acquire a LHSP via trade or FA this winter. Preferably one with multiple years of control.

I’d like to think Burrows could be a viable OD #5 SP, but the whole service time concern must be taken into consideration. Therefore I expect Wilson will be in the rotation next Spring.

If Priester comes up before late June, expect him to be given the Roansy “workload management” treatment next July/August.

You may be correct on Oviedo and Ortiz but both should at least get a chance to audition for a starting role next year during the final few weeks of the season. Both are big, throw hard and have many years of control left. Wilson will hopefully not be around by the start of next year. He has gotten more then enough chances to prove himself and is not MLB material.