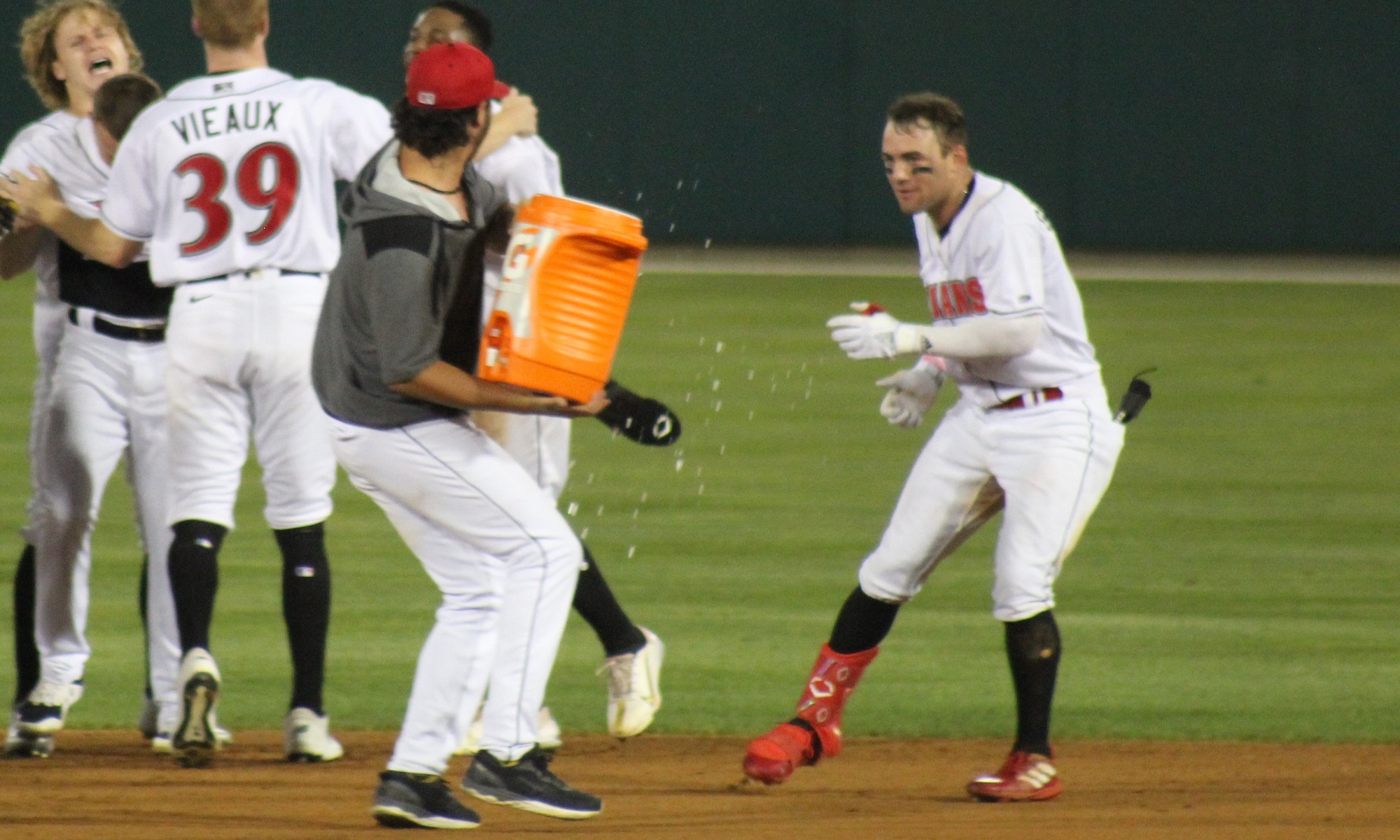 Travis Swaggerty has already made his major league debut this season, he even picked up his first hit despite playing sparingly during his time with the Pirates.

As he continues to work on his game in Indianapolis in anticipation for another opportunity, he keeps finding ways to add check marks to his resume for the 2022 season.

Swaggerty picked up his eighth home run of the season on Wednesday, and his three hits helped power the Indians to a big 10-5 win over the Iowa Cubs. The 2018 first round pick has posted his highest slugging percentage in a season that he played more than a month in (erasing the 12-games he played before injuring his shoulder last year), and is now one home run away from tying his career high.

He wasn’t as active on the base paths to begin the year, and probably won’t catch his total of 23 from back in 2019 but does have six this month to nearly double his season total.

The Pirates has a plethora of lefties, especially in the outfield, in the upper levels of the minors and while Swaggerty is another, he doesn’t always act like it. He doesn’t quite hit for the same power as he does against rights, but the average is nearly identical (.255 vs LH, .270 vs RH).

He’s also been now stranger to coming through in clutch situations, owning a .992 OPS with runners in scoring position, picking up another hit and RBI on Wednesday.

Swaggerty is a great defender and has come a long way offensively. He got a chance earlier in the season but didn’t play much. At some point you would have to think he is going to get a legitimate shot in the majors, it’s just a matter of when.

— Jack Brannigan picked up two more hits on Wednesday, and his hitting .345 about two weeks into his while also picking up a couple more RBI in the process. One skill set I wasn’t prepared for with him was on the base paths. He was caught stealing, but has three stolen bases on four attempts this season.

–Speaking of play on the base paths, Bradenton continued on their torrent pace and now have 165 steals on the season, good for the second most in the Florida State League. They are also first in their division right now in the second half, and continue to build a lead (8-2 their last 10). Altoona has a winning record in the second half, and find themselves fourth in the division, is third in the Eastern League in stolen bases.

Indianapolis and Greensboro are either in the middle of the pack or towards the bottom, respectively in stolen bases, and are pretty much out of the playoff races at this point.

With the exception of Peguero who was clearly just serving as an emergency replacement, of all of the prospects who have been called up Swaggerty is the one who had the least opportunity to show he belongs. Maybe that was the plan–give him a brief taste and then send him back down to work on some things. If one of those things was being able to draw a walk, so far in August he has more walks than strikeouts. In any case, I’m hoping he gets a real opportunity for the last 4-6 weeks of the season.

You’d really have to call this year a success for Swaggerty. After two years of nothing he’s putting up his best numbers as a professional.

I like your frame. You want to promote special players when they’re ready, not when you need them.

Send down Bligh and let’s give TSwag a shot. Hopefully, ONE of our young OFers have to come thru, right?

Right, although I read some of the promotions as meaning you are not really a prospect.

Well, to be honest, other than Cruz, NONE of our promotions have involved Top 10 prospects. So, we have to take their failures with a grain of salt. What has irked me this year is the down years of our Top 10 hitters. I sure hope that they bounce back. But I have seen this movie way too many times over the years to be optimistic.

So either Endy doesn't have a hip issue or he's…