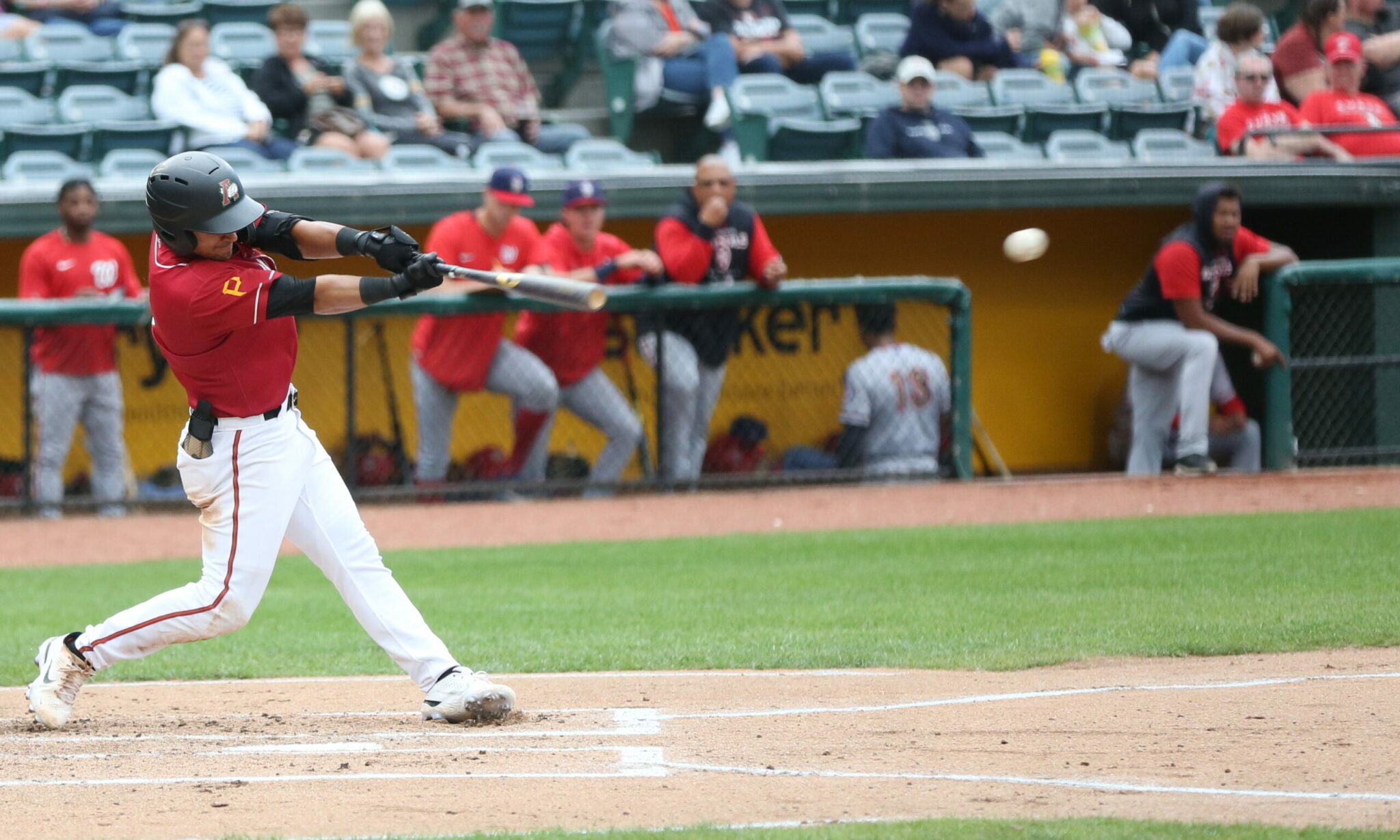 The 18-year-old Ercolani took a break from his time with the Florida Complex League Pirates to pitch for the 18-Under Italy team on Tuesday. He had a good outing, pitching 3 1/3 innings, allowing five hits, two earned runs, two walks while striking out four. He threw 70 pitches, 39 of which went for strikes.

Ercolani blew several fastballs by hitters, and while he didn’t control the slider great, he had some good break on it. You can see why he’s posting a 1.19 ERA while striking out 39 batters in 30 1/3 innings this year in the FCL.

The former first round pick had himself a decent game, picking up four hits, the final three all being doubles. His ground-rule double in the bottom of the 10th inning gave the Curve the walk-off victory.

Here's a look at all three doubles by Nick Gonzales, including his walk-off #LetsGoBucs pic.twitter.com/pb2bOENj40

Continuing his strong play as of late, Acuna hit a lead-off home run to begin the game for the Grasshoppers. It was his fifth of the season.

Ignore the scoreboard graphic at the bottom of the screen, Francisco Acuna stays hot and drills this lead-off home run to get things started for the Grasshoppers tonight. #LetsGoBucs pic.twitter.com/Lxi7hIRLoE

Swaggerty picked up three hits on Wednesday, including his eighth home run of the season. It had to feel good because that was his first home run since July 6.

Peguero got in a little action with the bat and the glove on Wednesday. He’s picked up hits in eight of his last ten games, and has driven in three runs this week already.

He also helped complete this double play along with Aaron Shackelford.

Priester gave up a pair of hits, a double and home run, in the first inning of his latest start. He pitched six more innings after that and only allowed one more hit in the process.

Quinn Priester picks up his third strikeout of the day. #Pirates pic.twitter.com/6FrOrxUEsG

The way Reynolds is regressing in CF it sure would be nice to see Swaggy out there for September. Reynolds could move back to LF & so many losers could be DFA’d