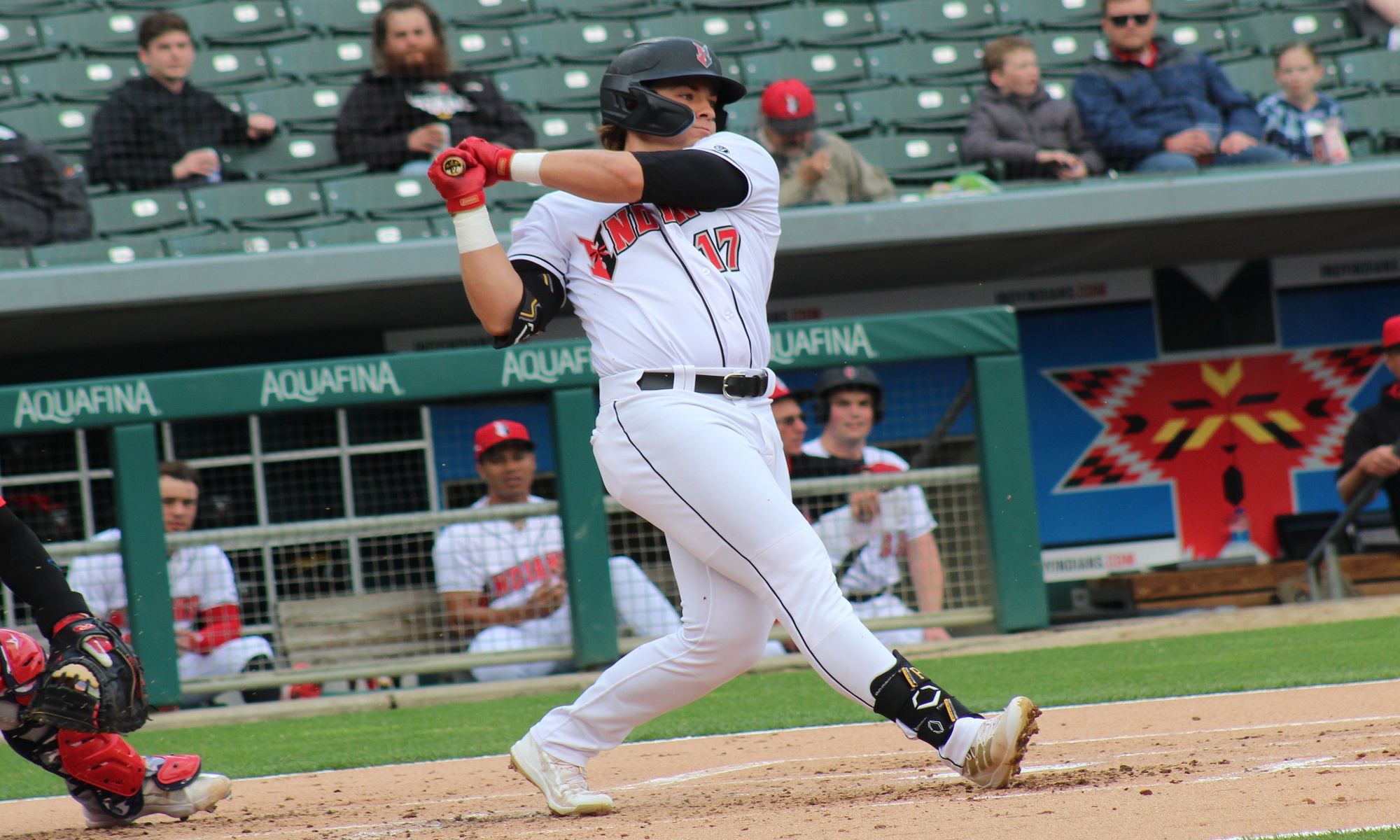 INDIANAPOLIS, Ind. – There are two common themes with the Indianapolis offense this season. They run, and they strikeout…a lot.

More than just looking at the box score, it is clear while watching the team on the field. Not only does the team strikeout, the power numbers have not followed. As a team, Indianapolis has struck out 244 times in 821 at bats through Friday.

As Tim Williams pointed out last week, Indianapolis is part of a system trend of higher strikeouts.

More concerning is that the top prospects are among the strikeout leaders. Indianapolis manager Miguel Perez is confident that blue skies are ahead, and is pleased with the overall approach of aggressiveness. He thinks that the team will show some improvement with experience at the level.

“I don’t think it is a big concern,” Perez said. “The strikeouts are high, and I am very confident that they are going to go lower. At the end of the day, this team is being aggressive at the plate and on the bases. We are going to make mistakes, we are still developing.”

Perez does have a point, with the experience observation. Much of the team is in their first 100 to 150 at-bats at the Triple-A level.

However, the star power on the whiff list is massive. A few top prospects who have struck out 35 percent of the time include Mason Martin, Oneil Cruz, Travis Swaggerty and Canaan Smith-Njigba. Of this list, only Martin has more than six extra base hits through Friday night.

Rodolfo Castro and Bligh Madris are also on the 35 percent list.

While the naughty list is pretty extensive. The nice list is much smaller, but has some value also. Cal Mitchell has fanned just nine times in 65 at bats, for only 14 percent. Ji-hwan Bae has stuck out 18 times in 81 at bats for 22 percent.

When asked about the high strikeout totals in the minor league organization, Pirates hitting coach Andy Haines pointed out that he shares the unalarmed sentiment. To a certain extent, he stated that it’s almost expected with the direction of the game.

“I wouldn’t say that it is concerning, but we pay pretty close attention to everything,” Haines said. “I think in the game in general, the day of a pitcher that is told to pitch to contact in that type of environment is pretty rare. The game has changed that way. Every pitcher is taught to strike guys out from the first pitch of the game. That is what we are up against on the offensive side.”

With this direction of the game, Haynes also pointed to how the organization takes a philosophical look at varying degrees of strikeout.

To Haines’ point, Indianapolis is not far off from league-average in strikeout percentage. The one silver lining is that they are third in walks as a team. Regardless, strikeouts are here to stay, it would just be nice to have the top prospects not all on the high list and some power follow.