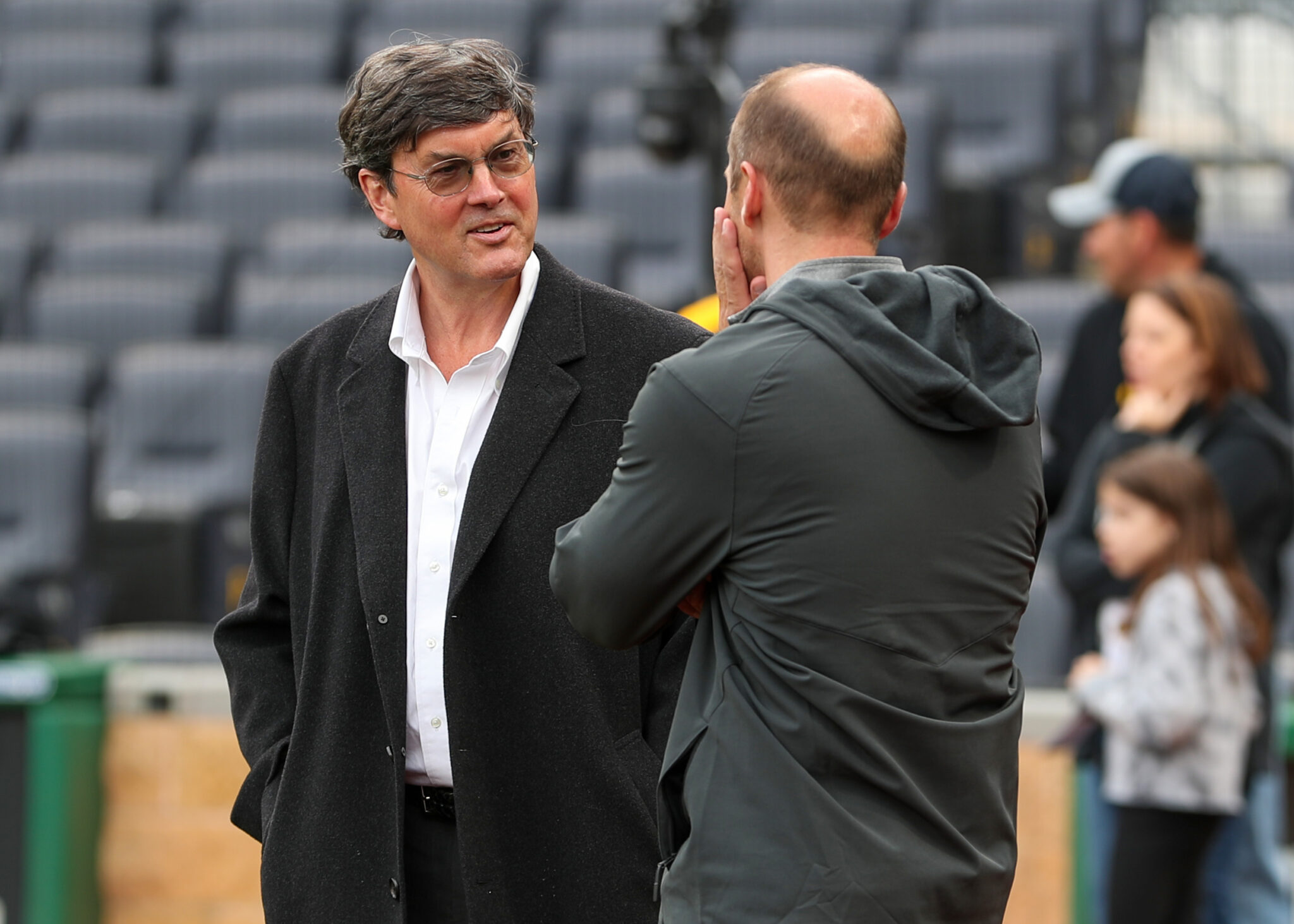 If you follow me on Twitter, you know that I spend most of my time tracking payroll, counting service and options, and interpreting the rule book—the operational one, not the playing rules one.

Going forward, I’ll be writing on Pirates Prospects every Friday, to expound beyond 280 characters on payroll and contract issues. Since we’re at midseason at this point, I’ll provide a roundup for some of the highlights from the first half.

—The Payroll estimate started a little higher than it otherwise would have, with two extra players on the team to start the year. My payroll estimate went down $878,078 when Sam Howard and Miguel Yajure were optioned, showing the artificial bump initially provided.

—Speaking of options, a new rule went into effect this year, limiting options to five before a player had to be exposed to waivers. This didn’t go into effect until after the aforementioned culling of the roster, however, and somewhat surprisingly, the Pirates have yet to see a player surpass two. Three are at that total—Bryse Wilson, Eric Stout, and Hoy Park—while Aaron Fletcher was at two before he was lost on waivers.

—More option talk? Most every player who has been optioned so far this season—Rodolfo Castro, Roansy Contreras, Oneil Cruz, Tucupita Marcano, Liover Peguero, Canaan Smith-Njigba, Jack Suwinski, Travis Swaggerty, Park, Max Kranick, Yajure, Wilson, Jason Delay, Stout, and Yohan Ramirez—have been down long enough to burn an option for 2022. I have Delay at exactly 20 days down, Cal Mitchell is at 18 days while currently on recall, while Bligh Madris and Michael Perez are not at 20 yet, but are on assignment with the days ticking away.

Of the players listed, Wilson will use his fourth and final option, while best I can tell, Cruz and Yajure should have fourth options in 2023.

—Speaking of Suwinski—I apparently opened some wounds on Twitter when I shared his option and service status before he was sent down. For those following along here, you already knew that Suwinski’s year of service was in jeopardy, but only if he went back down. Apparently, many did not. My tweet spread like wildfire, making many unexpected rounds. Craig Goldstein of Baseball Prospectus quote tweeted me, misinterpreting my point and making me look bad to his 21.9k followers (to his credit, he later realized his mistake and deleted the tweet), while Andrew Fillipponi totally misrepresented it on The Fan (while never using my name), and Paul Zeise didn’t do it as much of a disservice in the Post-Gazette. I’m not trying to brag or be rude to anyone who didn’t get it—even though it was pretty cool to have it go that far, because I had no idea it would reach as many people as it did—but it just goes to show how much this stuff can be misunderstood, and it’s why I try and get the good word out as much as I can.

—What was nefarious, at least to me, was the Contreras option after what may have been his best start of the season. Save me the “you just don’t understand” line—I know they want to save his arm, and I get that. But that could have been accomplished just as easily with a 15-day IL stint. Instead, they take away service and pay—Contreras is making $3,247 less every day he’s not on the active roster (at least he gets per diem on the Taxi Squad!)—from a player who just has yet to show he deserves that type of treatment. Maybe not so coincidentally, if Contreras stays down through the break and makes a few starts to build up in Indianapolis as currently projected, he’ll be much closer to falling below the Super 2 threshold in a few years than he otherwise would have been. No one can predict the future of course, but it’s simply not a great look.

—Circling back to confusion on the rules—many were lost as to what Delay’s actual roster status was when Duane Underwood Jr. was placed on the COVID-Related IL. Greg Brown even went so far as to say on a broadcast that he wasn’t on the 40-man roster. However, that only counts for teams that need to replace a bunch of players at a time, and a one-off doesn’t count in those terms. Delay is firmly on the 40-man roster and is making the most of his opportunity.

—There were a few weeks there that even I was getting lost counting the 40-man roster though, as a player’s status on the COVID-Related IL isn’t always so clear. The math got a little hazy when Stout was acquired with a roster spot that didn’t seem to exist. It turned out that Jake Marisnick had been moved from the 10-day IL to the COVID-Related IL, but no one knew it yet. Marcano was also not on the roster as early as some thought before his return, but that didn’t require roster gymnastics like Marisnick did.

Finally, let’s close it out with a few payroll notes:

—The Andrew Knapp Experience didn’t go so well, and it ended with him electing free agency after being designated for assignment. But, as a player with more than five years of service, why did Knapp elect free agency and forego his salary when the rules state he didn’t have to? As a journeyman veteran who still had options remaining, it’s likely that the Pirates had Advance Consent on Knapp, meaning that he agreed to give his consent to being optioned in advance (Advance Consent, get it?). This presents players like Knapp with an opportunity that may not otherwise be there—maybe he doesn’t get a deal if he doesn’t give this consent—but also allows the Pirates to get out from under a contract they would have been tied to otherwise. Payroll went down $615,385 after this transaction.

—Heath Hembree’s situation is the opposite. Hembree’s contract was guaranteed, so the team released him and are on the hook for $1,179,258 in Termination Pay. This will only go down if he makes the majors with another team this season.

—A couple more veterans at higher rates—Jerad Eickhoff ($1,250,000) and Austin Brice ($950,000) would have raised payroll significantly, but their stays weren’t very long. Both were outrighted and are playing at lower minor league rates, with payroll only going up $310,879 by my estimates.

—Finally, we just saw David Bednar make the All-Star team as the Pirates’ representative. Last season, Bryan Reynolds had a $10,000 bonus for making the team, but it seems Bednar isn’t so fortunate, so there will be no payroll bumps in the cards this time around.

I confess that while I find these intricacies interesting, I’m a happier person the more I try not to pay attention to this aspect of baseball rostering. Law school isn’t for everyone. But I do appreciate the committed watchdogs. Kudos to you, Ethan.

Here’s hoping the payroll is going up in the next couple of seasons, assuming a window begins to open.

Great job! You know you’ve hit the big time when you’ve got the local jags misreading and misrepresenting your work!

Thanks Wilbur, hope you learned something new

Andrew Fillipponi completely misrepresented something to fit his own hot take narratives? SHOCKING! ﻿ 🙀 ﻿

So when Contreras was moved to the taxi squad, someone on the Pirates telecast (might have been Greg Brown, but I’m not 100% sure) went out of his way to point out that the player still accrued ML service time, and then made a somewhat snide comment about heading off the outcry about why it was done……so you are saying that’s not the case?

Because the game broadcast was the first I’d heard he had been moved to the TS, and that was immediately my first thought….that they were managing Super 2 status…

Yikes…yeah, no, a player on the Taxi Squad does not receive ML service.

Here is the Operations Manual from 2020 and a piece from the CBA–which does address a Taxi Squad (at least a 2017 version):

(I thought you could post images, but I’m not seeing that…)

(c) During the period between reporting to the Club and being added to the Active Roster, a Player may participate in one workout and/or orientation without receiving Major League salary or service, but may not be in uniform for a game or otherwise occupy the bullpen, dugout, or field after the official end of his Club’s batting practice.

I have no reason to believe any of this has changed, as I have heard or seen nothing of the sort.

Great article! I completely agree Contreas. As to Suwinski, I would think the Pirates sent him down since for his last two weeks, he looked completely lost at the plate, so a revisit to AAA could be more beneficial to help him get his mojo back.

Actually this would be a first visi to AAA. Went from AA o the Show and never was in AAA ye.

I think your analysis and conclusions regarding Contreras are spot on. Pirates are using the excuse of protecting him from injury to avoid Super 2 eligibility in a couple years time.

Now if Pirates extend him like they did with Hayes, I’ll happily eat my words. But I’m not expecting it.