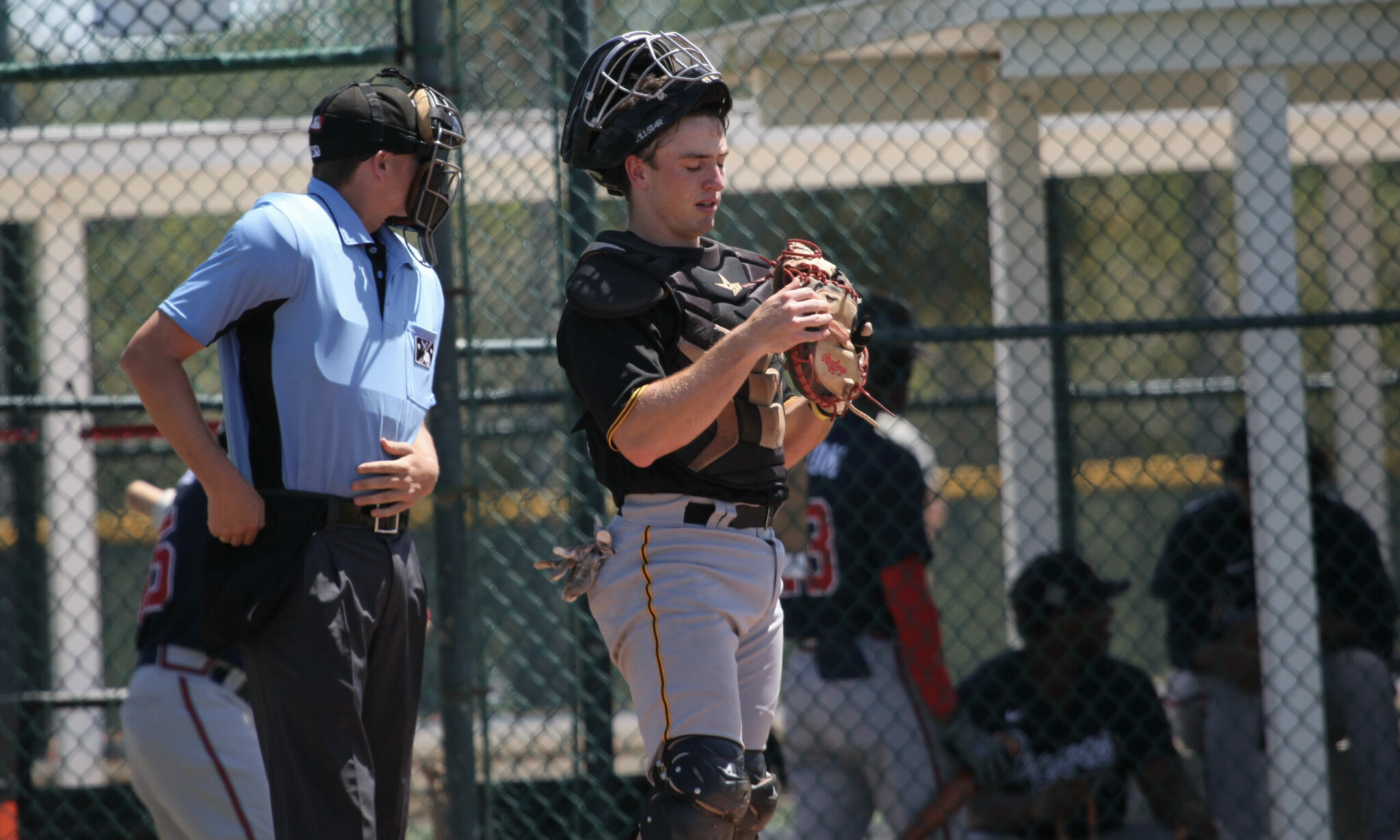 The Pirates entered last season with an organizational problem at the catcher position. Through trades, the draft, and the emergence of Endy Rodriguez, they did a pretty good job during up that position.

Adding so much depth to the position led to four catchers starting the season on the Greensboro roster, and Wyatt Hendrie beginning the year in Bradenton.

Although he may never be great with the bat, Hendrie has arguably been one of the better defensive catchers in the system this season. Hendrie has thrown out the most would be base stealers this season (13), converting at 29.5% of the time.

That’s the best mark of any catcher that’s faced at least 20 base stealers on the season. Defensively he’s probably done enough to maybe get some sort of look at a higher level, there just isn’t any room right now.

Maikol Escotto Getting Another Shot With Bradenton

Of all the players that got the push to Greensboro from last year’s Bradenton team, you could have made a case for Escotto to maybe stay behind, at least to start the season.

Maybe part of that is hindsight, but he was also a 19-year-old playing in High-A, and he looked very much like someone who was overmatched at times. He flashed some of that power potential, and looked like he shored up some of that defensive problems from last year.

He just struggled to make contact (36.2 K%). After a brief stint in the Florida Complex League, he was back with the Marauders on Sunday, playing second base.

Bradenton is still very much an age appropriate level for someone like Escotto. He’s a guy with some very interesting tools, let’s see if the work at the Complex (which I’m assuming had plenty of that back field work the Pirates are stressing), put him on the right track.

I think when you watch any one team enough, you are bound to have that one player that you pay attention to a little more than others. It isn’t always a top prospect, maybe a guy who made a nice play the first time you watched them.

If you follow me on Twitter, that guy for Bradenton has been Deivis Nadal. He’s played well defensively, has really good speed, and has actually made some good contact on the ball at times.

Sunday he got on base four times, scored three runs, drove in another, and stole two bases (was originally credited with three).

Consistency and getting stronger will be key for him, which is pretty much the common theme of a lot of the Bradenton kids right now.

Today: Everyone is Playing on the Holiday

Today: How Do You Feel About the Pirates Going Forward?

Yesterday: Pirates Have a Chance to Take the Series

I struggle with D-Lo and Jimenez cause they're young enough…