P2Daily: A Look Back at April, As We Look Forward to May 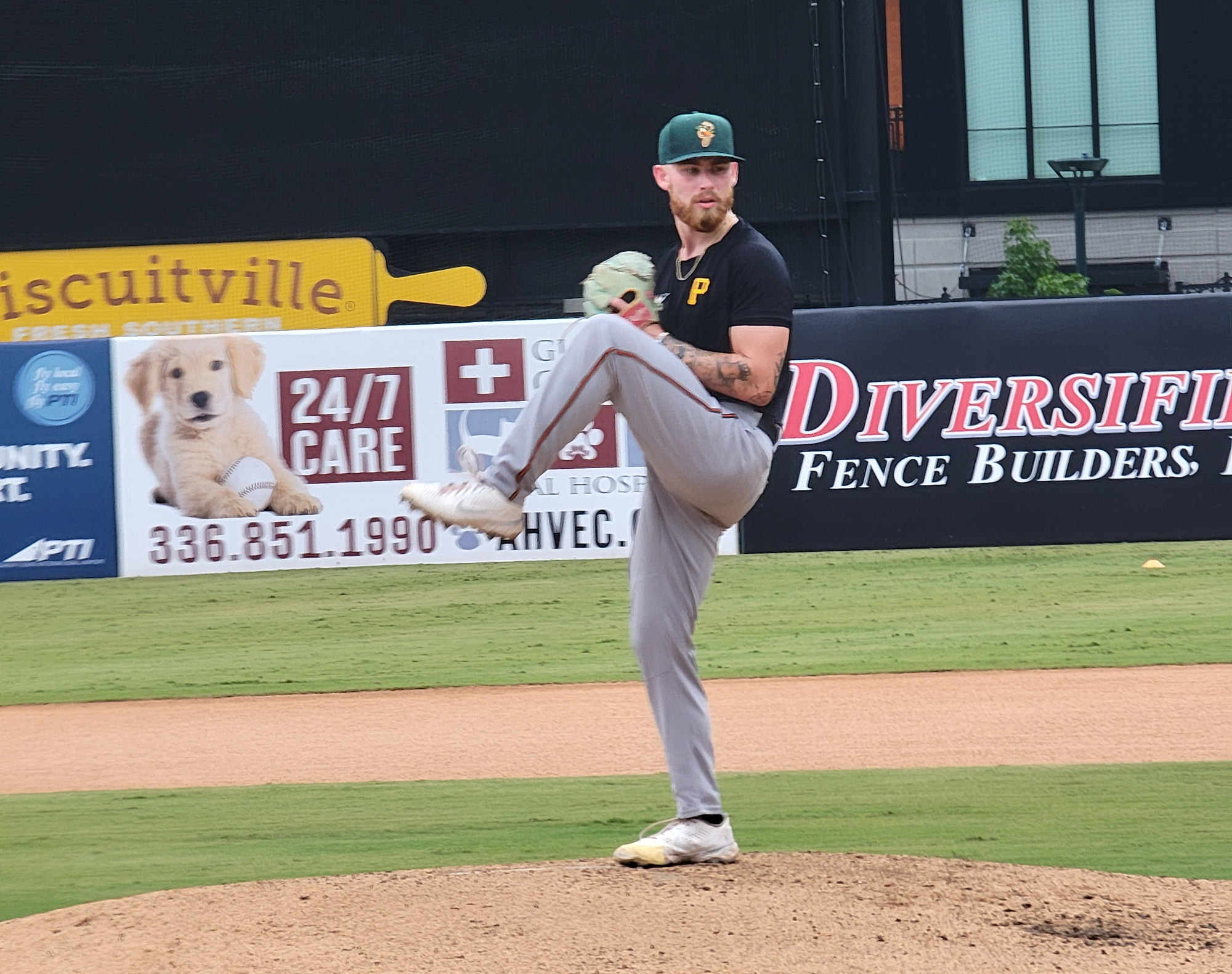 Tim Williams posted an article yesterday on three observations from the first month of the season. I wanted to do something similar, but didn’t have a general direction before yesterday’s early minor league games. Specifically, the two starting pitchers stood out, though Henry Davis with three hits (including a homer) and two steals on the day after I posted that he shouldn’t be in Greensboro anymore, was both a good and bad thing to see. Any positives are good, but he should really be a level higher by now. He seems ready for it and there are two catching prospects there not catching enough. Anyway, the pitchers should be the focus for those two games, so let’s take a quick look at them.

Adrian Florencio was our Pirates Prospects Pitcher of the Year last year. He also failed to get a single top 30 prospect vote from any of our writers, with a total of 44 players getting votes. That’s not to say that he isn’t a prospect, rather that the system is loaded right now with a ton of depth and he falls behind many others. In a normal/down year, he probably would have made the top 30 for the group. He’s an older pitcher for his level, doesn’t have overpower stuff, so he’s one of those players who has to prove himself at a higher level before he moves up the rankings.

Florencio started off this year poorly, which is putting it nicely. In four April starts, he had a 11.45 ERA, a 2.82 WHIP and a .389 BAA in 11 innings pitched. The only positive really is that he had 15 strikeouts in those 11 innings. Greensboro was at home yesterday, so that means that we were forbidden by the MiLB gods from watching him pitch (seriously though, get with it Greensboro). Florencio had a dominating performance yesterday, throwing five innings, with one hit (a solo homer), one run, two walks and 11 strikeouts. He basically showed why we stressed over the last two days with our monthly recaps that one month is too small of a sample size to make any real judgments.

I watched the Altoona game and talked to Tim Williams throughout after each inning pitched by Mike Burrows ended. On paper it was nothing special. He went 4.2 innings on 90 pitches (59 strikes), with two runs on four hits, two walks and six strikeouts. You’ll take that from your minor league starters, especially when that’s their worst start of the season. Burrows allowed two runs in four April starts, finishing with a 1.00 ERA for the month. He was the best pitcher in the system for the month.

Yesterday’s start looked better on MiLB TV than it did on paper. The 22-year-old Burrows had his fastball working, his curve was solid, and the changeup was getting nice results. The curve was a little off at times, but I’ve seen it much better, so it feels like a one-game problem. The command wasn’t his best either, but that’s why he’s in Double-A and not in the majors. He has all of the makings of a future big league starter, which might not be that far down the line for him. Assuming he has a healthy full 2022 season, he should see his share of starts in Indianapolis later this year, which would set him up for a 2023 debut. All asterisks that apply to minor league pitchers are applied to that timeline guess.

April is over. One month sample sizes will start to get bigger and poor/strong performances will either continue or be broken, and then you’ll get a true sense of any prospects who have moved up/down the system. Florencio had him best start yesterday after a rough month, but that doesn’t mean his season has turned around. Burrows had a solid start, albeit still his worst start this year, but he still looked like a top prospect on the mound. May should be a fun month to follow the system.