P2Daily: The Remaining Outfielders in Pirates Camp and That Starting Job 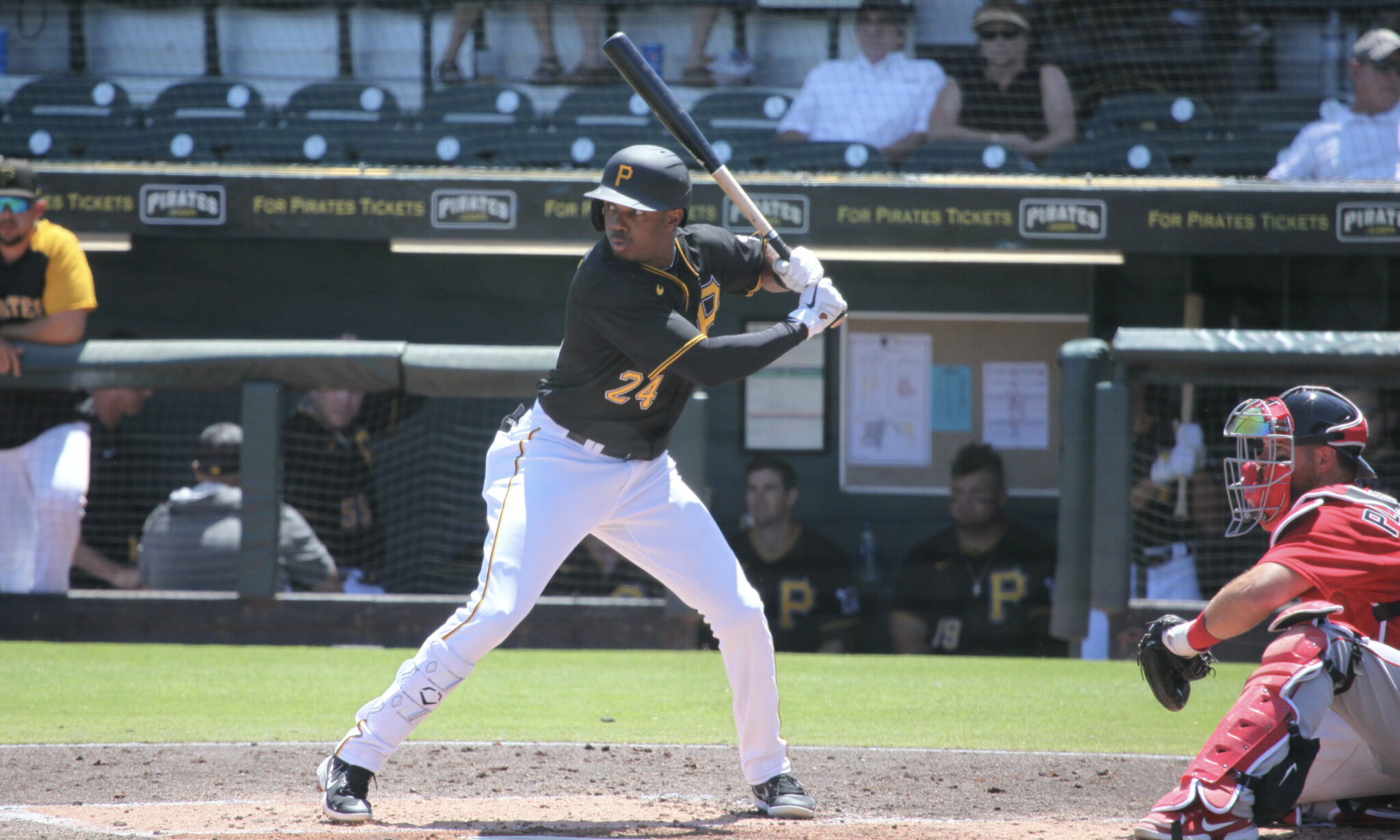 Yesterday we looked at the remaining infielders in Pittsburgh Pirates camp who are battling for those starting jobs at second base and shortstop. My thought is that Kevin Newman and Cole Tucker will get first shots at starting time, with Hoy Park having the best shot of a bench role, and Diego Castillo having a shot at the majors.

The Pirates have since acquired utility player Josh VanMeter, who could factor into either the infield mix or outfield mix, but doesn’t look like he will bring much help offensively at any position.

Today, we’ll be breaking down that outfield mix, looking at who is currently slated to start on either side of Bryan Reynolds, and who could be up by the end of the year.

As long as Bryan Reynolds is on the team, the Pirates have one starting spot locked down. They gave another spot to Ben Gamel, who fared well last year in his time with the Pirates. The final spot will likely go to either Anthony Alford or Greg Allen.

Alford had a strong finish to the 2021 season in the majors, but hasn’t repeated that in camp, with a .451 OPS so far. Allen was claimed off waivers this past November from the Yankees. He had an .849 OPS last year in a small sample size of 37 at-bats with the Yankees. This spring he has a 1.259 OPS. Between the small sample sizes in 2021, and the spring stats, you could make the argument that Allen should have the inside track for the final starting role.

My guess is that Anthony Alford would make the bench if he loses the starting competition to Allen. Both of those outfielders are out of options. Allen has played well enough to be considered a starter. There should be a debate as to whether it’s worth it to keep Alford around.

The Pirates also have Bligh Madris having a strong camp, hitting for a 1.417 OPS in 11 at-bats. That small sample needs to be considered. Madris has the upside to be an MLB outfielder, likely settling into a fourth outfielder role with some power production and offense off the bench. With the outfield depth that is behind him in Indianapolis, he might be looking at a bench role in either spot.

This is where it doesn’t matter that Anthony Alford is a former top prospect who was once thought of as a starter. If he can’t make this team as a starter, then the Pirates might be better off giving the bench role to Madris, since any solid production from Madris would come with more team control.

Indianapolis will be loaded with outfield prospects this year. The top options will likely be Travis Swaggerty and Canaan Smith-Njigba. Other candidates include Jack Suwinski, Cal Mitchell, and Matt Fraizer, though there’s a chance they could all start off in Altoona. Then, there’s the experiment of playing Oneil Cruz in the outfield.

The Pirates will give starting time to Gamel and likely Allen, but the long-term starting roles will come from this group. I’d expect that transition to start taking place by the middle of the season, and we could see a new outfield completely by the trade deadline if Reynolds is moved.

With any luck, this will be the final year where the Pirates are entering Spring Training with waiver wire claims battling it out for a starting role.

The real MiL FA list, value-wise, is if Vlad can…