Five Pirates Prospects Who Stood Out Over the Last Week 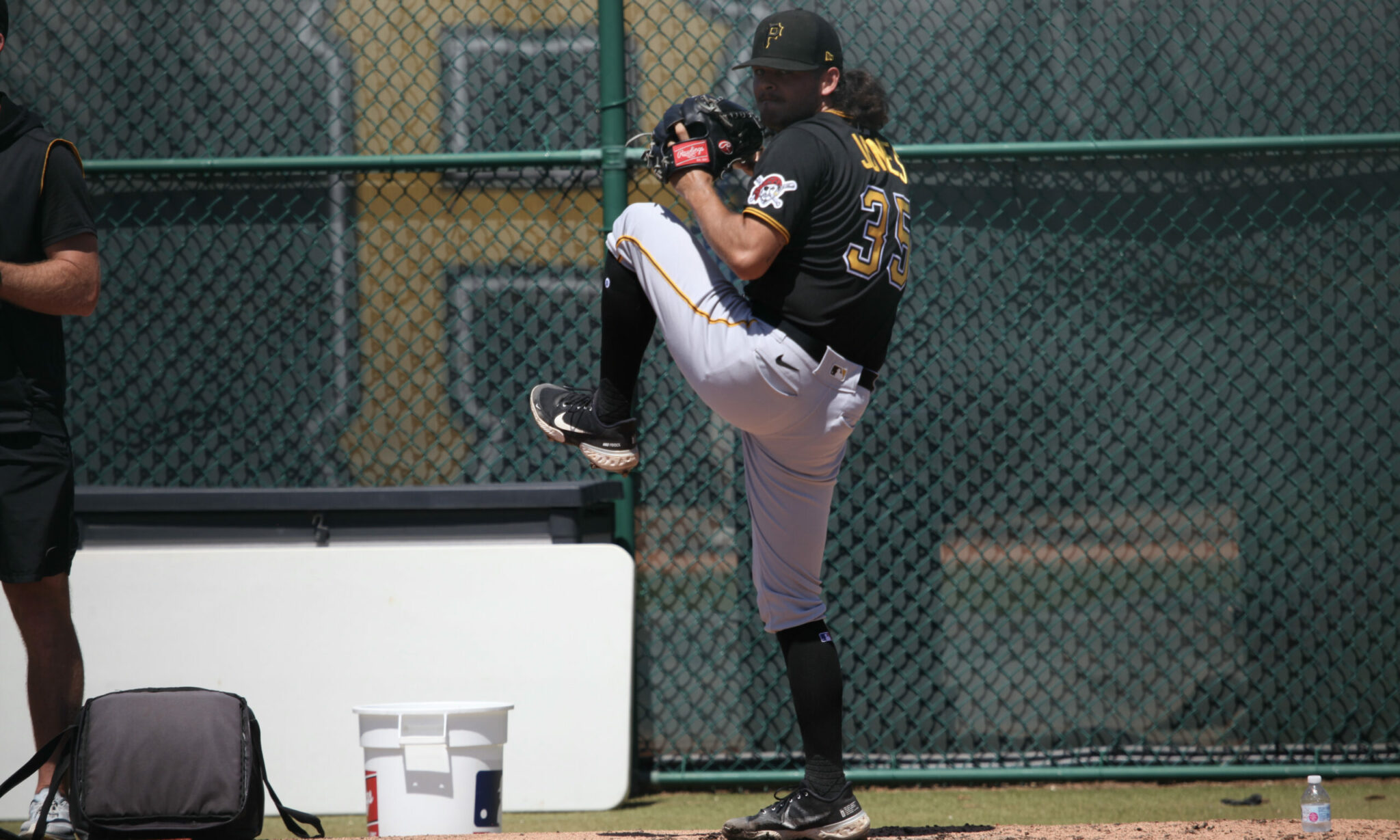 The first full week of the 2022 Pittsburgh Pirates minor league season is in the books, and there have been a lot of highlights so far, from a combined no-hitter, to some dominant pitching performances to wrap up the week, and a lot of offense in between.

Tomorrow we will be launching a new Player of the Week feature, where the site chooses the top players from each level over the last week, along with the top player in the system. Our weekly premium article drop tomorrow will be focused on non-top 30 prospects who have stood out so far in the early part of the season.

Today, we’re returning a popular feature, providing a group look at the system over the last week. Each of our individual writers picked a player who stood out to them during this span. I want to highlight that this is a blind submission. No one knew who anyone else was picking. The exception is me, but I try to make my pick before sending anything out. Mine came very close to being a duplicate this week. It’s pretty fascinating that we’ve done this two weeks in a row in the same fashion and have yet to have a duplicate pick.

Let’s see who stood out this week.

Siani had an excellent week and he’s off to a quick start with a .296/.457/.519 slash line in 35 plate appearances. You expect a bump in offense going to a better park for hitters, but it’s no guarantee. While it’s still a small sample size, it’s good to see him put up a strong average while maintaining his high walk rate. Siani had a nice OPS last year, but it came with a low average, paired with a slightly high strikeout rate, as well as missed time. One of the things I like from him in the early stages is that he is running more often. He attempted 16 steals over his first two seasons and has already taken off six times in seven games. Despite being selected 37th overall in the 2019 draft, he really gets lost in this loaded Pirates system. Siani is a prospect outside of the top 30 to keep an eye on.

It’s pretty tough to pass over guys like Cal Mitchell, Mason Martin, Jackson Glenn, and Jared Jones, among others, but I’ll go with Alexander Mojica. After a monster DSL season in 2019 (and a lost 2020 season), his 2021 season with Bradenton (209/322/341) was disappointing, most of all because he just wasn’t making hard contact. As a repeater with Bradenton this year means he’s facing a situation where he has to put up big numbers. So it was good to see him go 8-for-17 in the past week, with two doubles and a home run. And he’s gone four straight games without striking out. For the season, he’s at 400/500/760, which gives him a great start on reclaiming his prospect status. With Glenn laying waste to High-A pitching, maybe there’s a chance for both to move up relatively early.

How do you top a near flawless High-A debut? Well, Jared Jones showed you how on Sunday. Pitching for the second time in the week, the 20-year-old pitched five innings of two-hit, one-walk baseball while striking out eight batters. I talked last week about how electric his first inning was to his first start, and he managed to do it again over multiple frames. What was the most impressive thing about Jones? The efficiency. He needed only 66 pitches to get through five innings, or just 3.88-per batter faced. Think about that again after remembering how many he struck out.

Indianapolis put together one of the most impressive pitching performances this week on Wednesday, with a combined no hitter. While Chase De Jong started and went seven innings, it was Yerry De Los Santos with the prospect performance. In the contest, he used strong 2-seam fastball movement from 92-93 and a mixed on slider to mow down the opposing hitters. He needed just 11 pitches to strike out two in the game and has fanned two in all three of his appearances this season. More encouraging is that he has not walked a hitter in four perfect frames. In 12 appearances he had a 5.6 H/9 and a 3.1 BB/9 in 2021 with Altoona. While three games is a very small sample size to base on, if he can continue his improved performance, De Los Santos has the stuff to be a strong high leverage reliever.

Nicolas was drawing rave reviews early in camp for his ability to spot the ball wherever he wanted it, with some pretty nasty stuff in the process. That was encouraging to hear, as he struck out a ton of hitters last year between High-A and Double-A in Miami’s system, but struggled with control. The control issues picked up when he moved up to Double-A, while the strikeout rate remained high. This week, Nicolas made two appearances, combining for 7.2 shutout innings, with two hits, three walks, and ten strikeouts. He walked the bases loaded in the first inning of his first start. Since that point, he’s been nearly perfect over his next 6.2 innings, including four perfect innings on Sunday with five strikeouts. This is all a small sample size, but it’s a very positive sign that the reports of his improved control are carrying over to actual games. Nicolas is a candidate to make the Pirates’ rotation going forward, and should at least be a solid multi-inning bullpen arm at the least with his ability to hit upper-90s and generate a high strikeout rate with his slider.