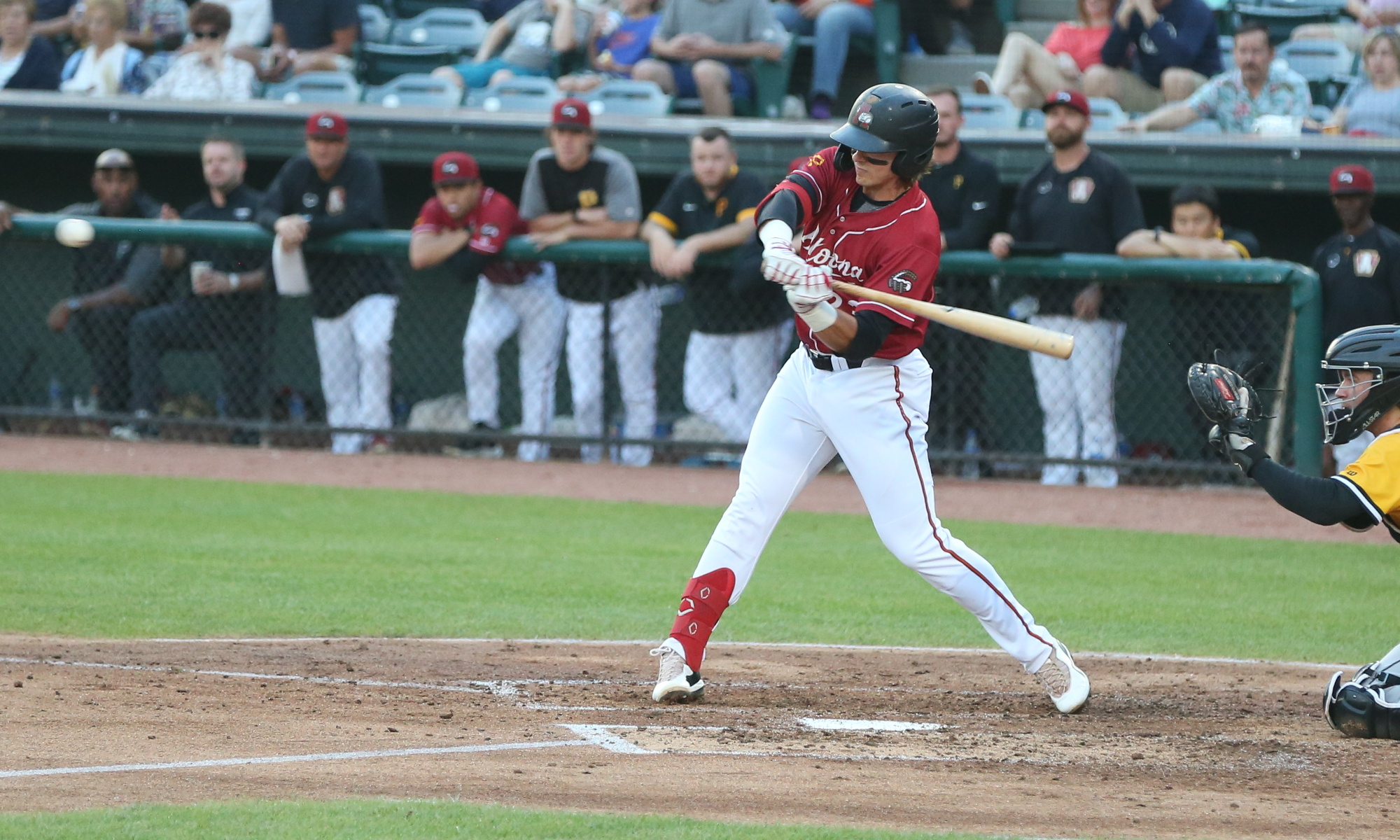 There are few players in the minors currently that can bring you out of your seat with just one swing of the bat than first baseman Mason Martin.

Drafted in the 17th round pick back in 2017, Martin has emerged as one of the premier power hitters in the minor leagues and is currently ranked as the sixth best first base prospect in baseball on MLB Pipeline.

Martin slugged 25 home runs between Double-A Altoona and Triple-A Indianapolis during 2021. Since his first full season in 2018, only Ibandel Isabel (75) has gone deep more times than the Pirates prospect (74).

Of course, the drawback in Martin’s game has and always will be the strikeouts. In the same time frame, no player has struck out more times than Martin, totaling 488 punchouts since 2018.

Martin finished the 2021 season with a batting line of .241/.317/.487, slugging the 25 home runs, 56 total extra base hits and 81 RBIs. He walked just 39 times while striking out 171 times. Another concern for Martin as he has progressed through the minors is the decrease in the walks he has drawn. The slugging first baseman has seen a drop in his walk percentage in each of the last four levels he has played (13.0% in 2019 in A-ball, down to 3.7% in a small sample size at Triple-A).

Looking back at the 2021, I went through the beginning of each month to try and track any progress Martin was making at the plate. Baseball, of course, is a game of adjustments and with Martin’s well-known skill set it wasn’t hard to try and come up with a game plan against him.

Early in the season, left-handed pitchers hammered Martin on the inner half of the plate, trying to hit the inside part of the plate for strikes with breaking pitches.

With righties, Martin saw more breaking pitches on the outer half of the plate hoping as a pull into any ball put in play would be beat into the dirt for a ground out.

Looking over the first two months of the season, there were a couple of at bats that stood out, especially after thinking about the declining walk totals. While there will always be swing and miss in his game, that comes with the power, Martin at times shows good plate discipline and the ability to work a count in his favor.

In the first plate appearance shown, Martin did a good job holding off on a good breaking ball that broke out of the zone. After a called strike one, he took another fastball for a ball to put him in a 2-1 count. the next pitch was another fastball, this one was left a little up in the zone and Martin drove it for a double.

The next at-bat showed Martin’s ability to keep an at-bat alive, fouling off two pitches on a two-strike count before drawing a walk.

Finally, we see Martin’s sheer power he possesses, drilling a 2-0 pitch to right-center for a home run.

July was easily Martin’s best month of the season, as he batted .292 and slugged .677 with 10 home runs (17 total extra-base hits). You can certainly see him being locked in, and the next clip will show some of the adjustments he can make not only throughout the season, but mid-game.

As stated above, most left-handed pitchers liked to throw inside to Martin, and in the first at-bat of this clip it was no different. Facing a first pitch fastball where the pitcher tried to paint the corner and missed, Martin punished him by sending it over the fence.

Akron adjusted, and in the next at-bat didn’t bring a single pitch towards the inner half of the plate, striking Martin out in three pitches. That approach continued in the third plate appearance, as the first two pitches were outside but the pitcher missed the third and it went high where Martin capitalize with another home run.

Finally, from the same game in his fourth at-bat they start to work Martin outside before coming inside the next two, the latter of which he’s able to get enough of it to get a single.

Next up showed a couple more singles for Martin, the second of which was through a hard fought at-bat that saw him foul off a couple of pitches before actually going the other way against the shift for the base hit.

While Martin is a traditional pull power hitter, the last clip he took a curveball on the outer half the other way for yet another home run, this one to left center.

Another thing to watch is Martin’s stance, more specifically his feet. As the season went on you can see his stance starting to open up more and more.

Martin explained his swing progression to Tim Williams toward the end of the year in Altoona.

“At the start of this year, I was on the extreme end of the spectrum of as little movement, as short as possible,” Martin said. “Basically, hands-to-ball, as short as my swing could possibly be, and after awhile I realized there wasn’t a lot of rhythm and timing associated with it. I was just going from stop to start to stop, and basically I just had to make a small adjustment, knowing I want to be short to the ball.

“I don’t want a lot of movement. I don’t want my head or eyes to move. I need to have a little bit more rhythm and timing, so I’m on time consistently, and a little more adjustable in terms of being able to react to hanging off-speed pitches, and things like that. I think I almost made an over-adjustment at the start of the season. I put my hands way high, and would step and go straight to the ball, and I wasn’t as consistent with my timing as I could be. I just have a little more rhythm, a little more flow, and I think when I’m at my best, I’m adjustable and athletic at the plate.”

Martin finished the year in Triple-A, where he hit two home runs. The Pirates don’t have much when it comes to depth at first base. They non-tendered Colin Moran to make room to sign Yoshi Tsutsugo, and Michael Chavis is another option beyond that.

When it comes to minor league help, Martin is knocking on the door and depending when a 2022 major league season would start he could be in line for a call-up at some point.

The task is simple but yet complex, as Martin has the potential to be a power bat in the middle of the lineup, but the only way that happens is if he cuts down on the strikeouts.