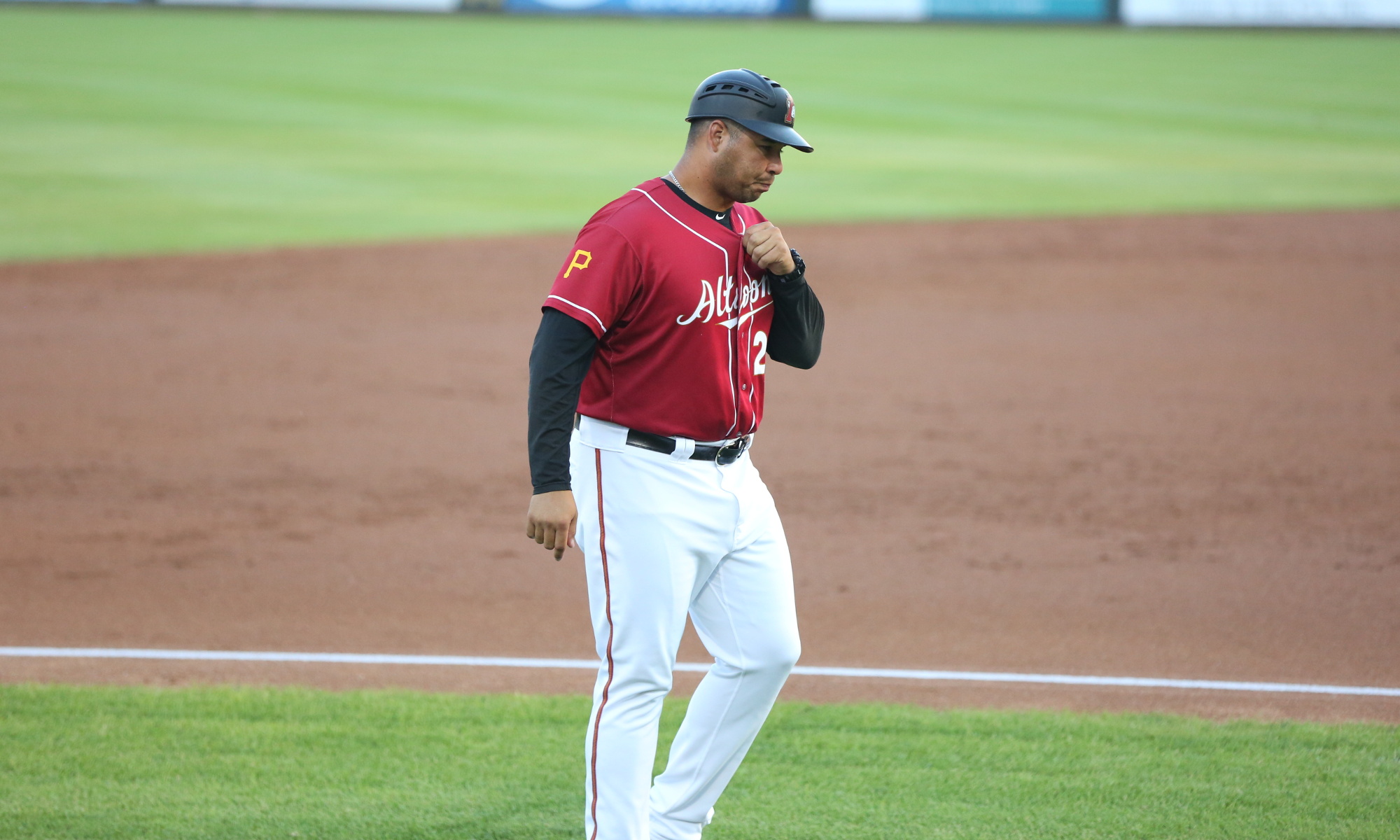 In the new development approach by the Pittsburgh Pirates, the players lead the way with their individualized development plans.

Those plans are made as a collaborative effort with the organization, incorporating every bit of data and information, along with the player’s personal preferences. Ultimately, the team provides each player with multiple options for how to improve his game.

From there, it’s up to the coaches to help the players carry out that plan. That’s where John Baker’s role as the Director of Coaching and Player Development comes into play, with a new added emphasis on the coaching development.

“We’re like their quality control,” Baker said. “They are driving the bus. Sometimes we serve as the GPS, and there are times when people decide that they don’t want to follow the plan, they want to go backwards. That’s okay. We have to build in some space for that, because it’s the human part of the stuff that we do.”

Baker recalled a lesson from his mentor about how the Pirates are “not coaching baseball players, we’re coaching people to play baseball.” Everything the coaches do is meant to be looked through that lens first.

This hasn’t led to big changes in the organization, mostly because the Pirates retained the coaches who already fit this model.

“Coaches for the most part are the same, but they’re letting you more freedom,” Pirates 2019 third round pick Matt Fraizer said. “You control your own career path. They just let you be yourselves on and off field.”

Most of the coaches who were retained are player friendly coaches who didn’t need to change their approach. Such was the case with Altoona manager Miguel Perez, who has been with the Pirates for 15 seasons.

“From my perspective, I’ve been always operating in terms of players,” Perez said. “Before and now, everybody is on the same page. From my perspective, I haven’t seen changes, because this is how I operate. At the end of the day it’s giving some freedom, and some room that they can be themselves in the field and the dugout. My biggest focus is to create an environment where they want to come back the next day. I don’t really necessarily want to say that things have changed.”

Perez was always empowered under the old front office, rising to the manager ranks before GM Ben Cherington and Baker took over, and retaining those ranks by being a solid advocate and leader for his players. In some cases, coaches have been more empowered with their player-first approach.

“I feel like the guys who are still here now, this is my interpretation, is that they felt they were forced to be that way,” Greensboro pitcher Michael Burrows said. “Now they can really open up and have their own individual output and views and work with that individual player and help him in ways that he needs to be helped.”

Greensboro pitching coach Matt Ford has been in the organization for eight seasons as a coach, and noted the transition to the new development system.

“It’s like being in a time capsule and waking up and it’s completely different,” Ford said. “It’s definitely gotten a lot more on the tech side and analytics. It’s been a smooth transition. Still some new faces around, but definitely learned a lot in the process.”

“There’s more people, and more communication than what it used to be, which is awesome,” Ford said.

The coaches aren’t just around to implement the development plan while stepping aside for the technology and analytics. They provide valuable information with their past experiences in the game.

“Fordy likes to take some of the stuff that he knows, he’s learned throughout his playing career, with the things that we’ve learned,” Burrows said. “The information that we bring to him from other people that we know, or the things we bring in from the offseason, it’s really just a big collaboration. It’s fun to see.”

Ford likes to match up what his eyes are seeing, and feels that can be accomplished in a quicker way under the new system.

“I feel like I always had the freedom to do what I wanted,” Ford said of his time coaching under the old system. “I think there’s a lot more resources, and then coming up with a plan for the player and being able to match up the stuff you’re seeing in a quicker way now.”

Ford noted that the approach for the players from the coaches has always been individualized, but there’s now more detail.

“The numbers and how stuff plays a little more,” Ford explained. “How pitch shape and design come into factor. I think it’s just made the process a little bit quicker with some guys, and it’s a blessing because we missed all of last year and we were able to speed up the process with some guys.”

Gary Green has been a member of the Pirates’ development system since the days of Dave Littlefield. He saw both ends of the Neal Huntington era, and his knowledge of the game remains valuable. Green spent the 2021 season as the bench coach in Altoona, working with the likes of Oneil Cruz, Rodolfo Castro, Mason Martin, and Ji-Hwan Bae. The approach he takes isn’t much different than his days as an infield coordinator rotating through the system.

While that core concept of learning to play the game better hasn’t changed, the approach has. Green noted that players now have more ownership of their careers, though the coaches are there to keep them on the rails.

The approach from the coaches treats the players more as adults and professionals, rather than an approach similar to what you’d expect from players the same age in high school or college.

“You’ve got to give the players some responsibility, to allow them to grow, allow them to try things and do things,” Green said. “That’s how you learn. You learn what works for you by trying it, and what doesn’t work by trying that.”

There’s a reason these coaches were retained. It’s also the same reason why they haven’t seen much of a difference in their approach to the game. They are the type of coaches that the Pirates are looking for, with no need to change the type of coach they are.

“I always put myself in [the players’] shoes and the way I want to be treated when I played,” Perez said. “Knowing I wanted to be a coach at some point, I wanted to be that coach.”