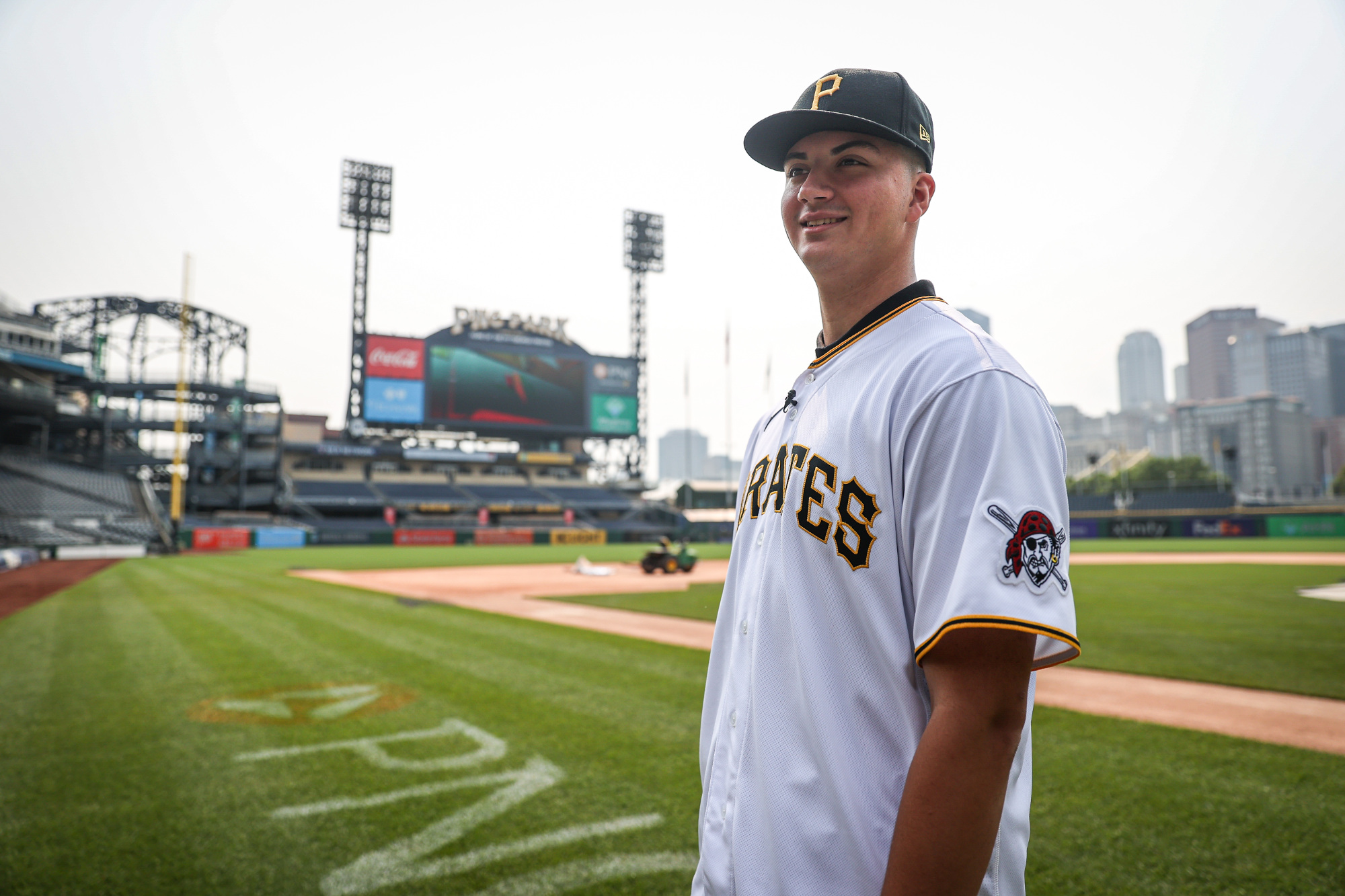 Good morning folks! There will be quite a few videos today from yours truly. I always like to build up some hype a day prior to an article release so to start things off here is Pirates’ prospect Jase Bowen. pic.twitter.com/wCAMmuViYM

BREAKDOWN: Since Bowen took to a new approach in the middle of the 2021 season, he started to get a little bit of his swagger back. In the middle of October, Bowen, unfortunately, had to have an emergency appendectomy putting him on the shelf for a while.

BOWEN: “I got back to everything normal since [January] 3rd. I’ve been hitting three times a week. Not being able to swing for two and a half months was the most difficult part, so getting back to normality has been great.”

“I’ve also been running, taking ground balls, throwing, lifting, and tons of stretching [since I was cleared].”

ANALYSIS: Bowen divulged to me that he’s been doing a lot of research on what I can assume are approaches at the plate and told me that once he has a bit more of an understanding, he will start to implement them into his game.

All I can say is @NolaJeffy he is telling me your favorite phrase lol. pic.twitter.com/TlmreMHJtL

BREAKDOWN: Brendt Citta has been under the radar for quite some time now. Nagging injuries plagued Citta on a complete season, so one would assume staying healthy is priority number one with Citta, which he affirmed.

ANALYSIS: He continued to tell me the level swing works, but he just wants to do more damage in 2022. When Citta was healthy, he offered a reliable bat in the DH role, and if he continues to serve as the DH, having more long balls in his arsenal could potentially give him an easier path to the majors.

Anthony Solometo out in some work today. Watching the slow motion change is what makes the video for me. This video is brought to us by Ryan Kulik, a former pro player drafted by the Cardinals and is now HC at Rutgers and runs a facility called The Complete Pitcher. pic.twitter.com/DMI6AevbcW

BREAKDOWN: From the video, you can all tell that this funky cat is Anthony Solometo. Solometo offers more pitches than one would expect at such a young age, and one of those pitches is a changeup. A changeup is like the last demon you must slay, and for some pitchers, they just can’t slay said demon.

To get a feel on where his changeup was, I connected with Ryan Kulik, an instructor at The Complete Pitcher, a former 8th round selection by the St. Louis Cardinals, and is the current head coach at the University of Rutgers-Camden.

KULIK: “His changeup has really developed over the past year or so. He’s never really had to throw it in high school but I’ve always stressed to him how important it is to work on it in his pen sessions because he will need it in pro ball.”

Last video of the day before I head to finish my next @pirateprospects piece. I was super happy to reconnect with Solomon Maguire and catch up. He’s been tweaking a few things here and there so be sure to keep your eyes open for tomorrow. pic.twitter.com/Lu2BytDKet

BREAKDOWN: Hindered by an oblique injury in the 2021 season, Maguire wasn’t able to have a ton of at-bats in his first year of pro ball but nonetheless, he finished the season and went into the off-season with an idea of what pro ball really was. Being a part of the “get better camp,” I wanted to know what he worked on and his plan for the last few months of the off-season before spring training starts.

MAGUIRE: “After the season and the hitting camp, they helped me work out the perfect part of my swing and make some damage. The rest of the off-season will be filled with me fixing the back half of my swing and getting into a better slot and barrel room.”

ANALYSIS: Along with working on his swing, Maguire is going to hold himself to a higher standard in the field as well. I can assume the weight room is where the magic will happen to build up his arm strength, and with his breakneck speed, the glove will most likely follow suit.