P2Daily: Greensboro 2022 Season, By The Numbers 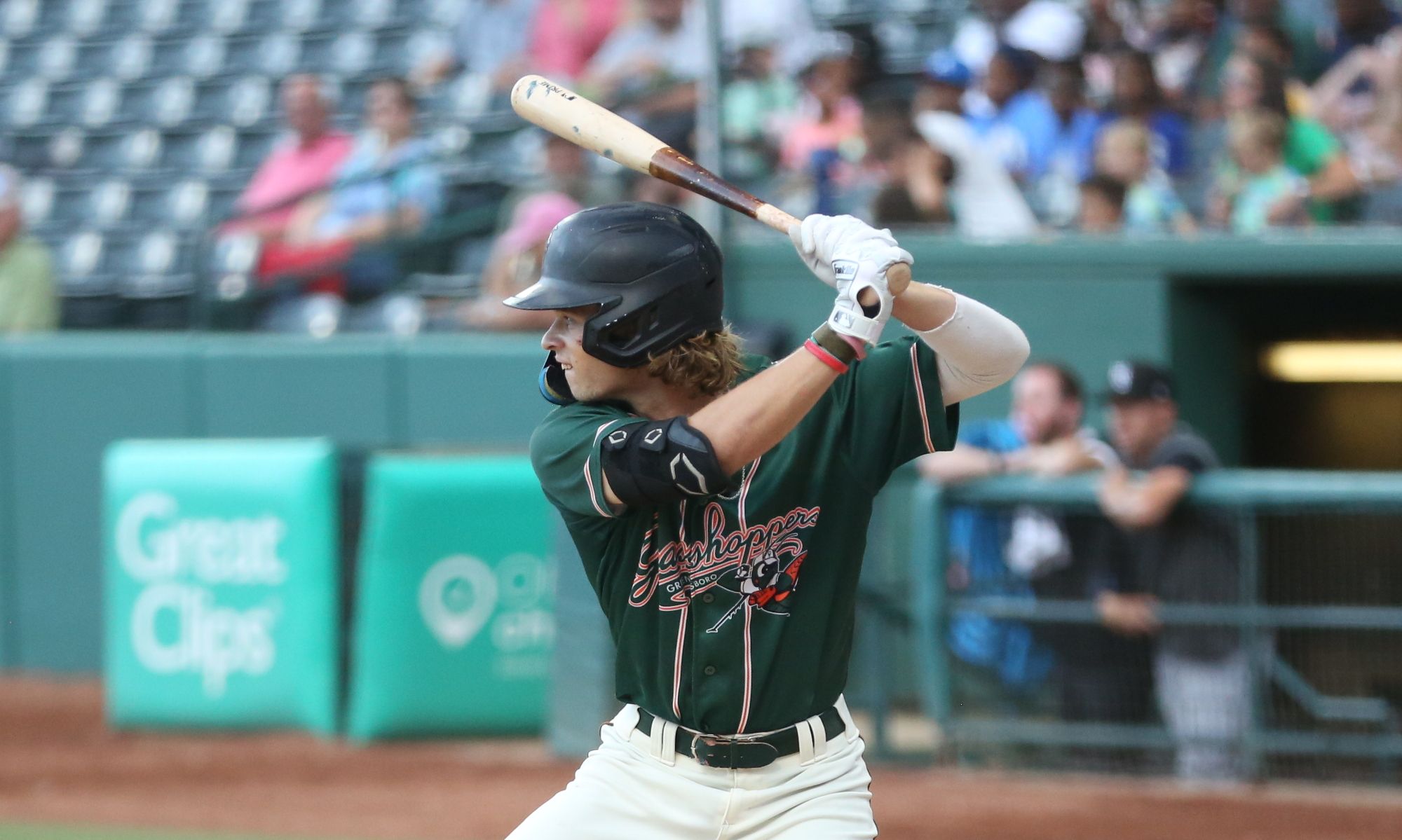 We already took a quick look back at the Bradenton Marauders’ 2022 season earlier in the week, so now a breakdown of the Greensboro Grasshoppers.

The Grasshoppers playoff hopes were already slim heading into the final week of the regular season, but after dropping four straight against Bowling Green, even the last game of the season getting canceled due to rain wasn’t going to help them.

The South Atlantic League is one of the more hitter friendly leagues in the minors, as hitters as a whole slashed .244/.334/.391, and the average pitcher sported a 4.48 ERA.

Lopez finished sixth in the league in hits (112), as well as fifth (tie) in home runs despite missing a couple of weeks with an injury. Despite struggling this season, and spending an extending amount of time in the Florida Complex League, Sammy Siani finished in the top 10 when it comes to stolen bases.

On the pitching side of things, Nick Garcia finished with the third best ERA at 3.66 among qualified pitchers (0.8 IP per team game). Cameron Junker finished second in saves with 12, one behind the leader and this is after getting promoted to Altoona to close out the season.

Jared Jones had an interesting season, he was hit around a lot and could never really find his footing in the league, but there was still plenty to like. He finished second in the SALLY in innings pitched with 122 2/3. He also led the league in strikeouts with 142. He nearly doubled his innings from a year ago when he threw 66 with Bradenton.

Overall on the season, Greensboro finished with a 58-70 record, and posted a -117 run differential.

Yesterday: A Week In New York

When you look back at minor leagues teams A ball and below, there’s always a couple that make it to the majors and have some type of impact. Not counting Endy, since he ended up in Altoona, I’m going with Garcia and J Jones. Dariel would be #3 . It’ll be interesting to see how many DO have an impact from this team.

Btw, I knew very little about Sammy Siani or Gunnar Henderson at the time of the draft. But being a ‘name’ guy, I thought it’d be cool to have a ‘Gunnar’ (Bob Prince’s nickname was The Gunner) back in the org. Oh, if only, lol.

I distinctly remember the Henderson draft because he was floated early on as a potential Pirate selection along with SS Matthew Lugo. What might have been…

Man do I wish the comments were still active just to read how wrong my takes probably were.

There’s a lot of talent from the first round of that draft. At least a dozen made the show already and a few are established regulars for their respective teams. Of course it’s the year the Bucs picked 18th. I’m happy with Priester so no complaints especially since the pessimist in me thinks the Pirates would have taken Hunter Bishop if they were drafting top 5 who is posting a .730ish OPS…in A ball three years after being drafted from a major college.

None of us are EVER wrong in our takes, lol.

Will be interesting to see Jones and Garcia in AA next year. Would be huge if either can take a step forward as a prospect.