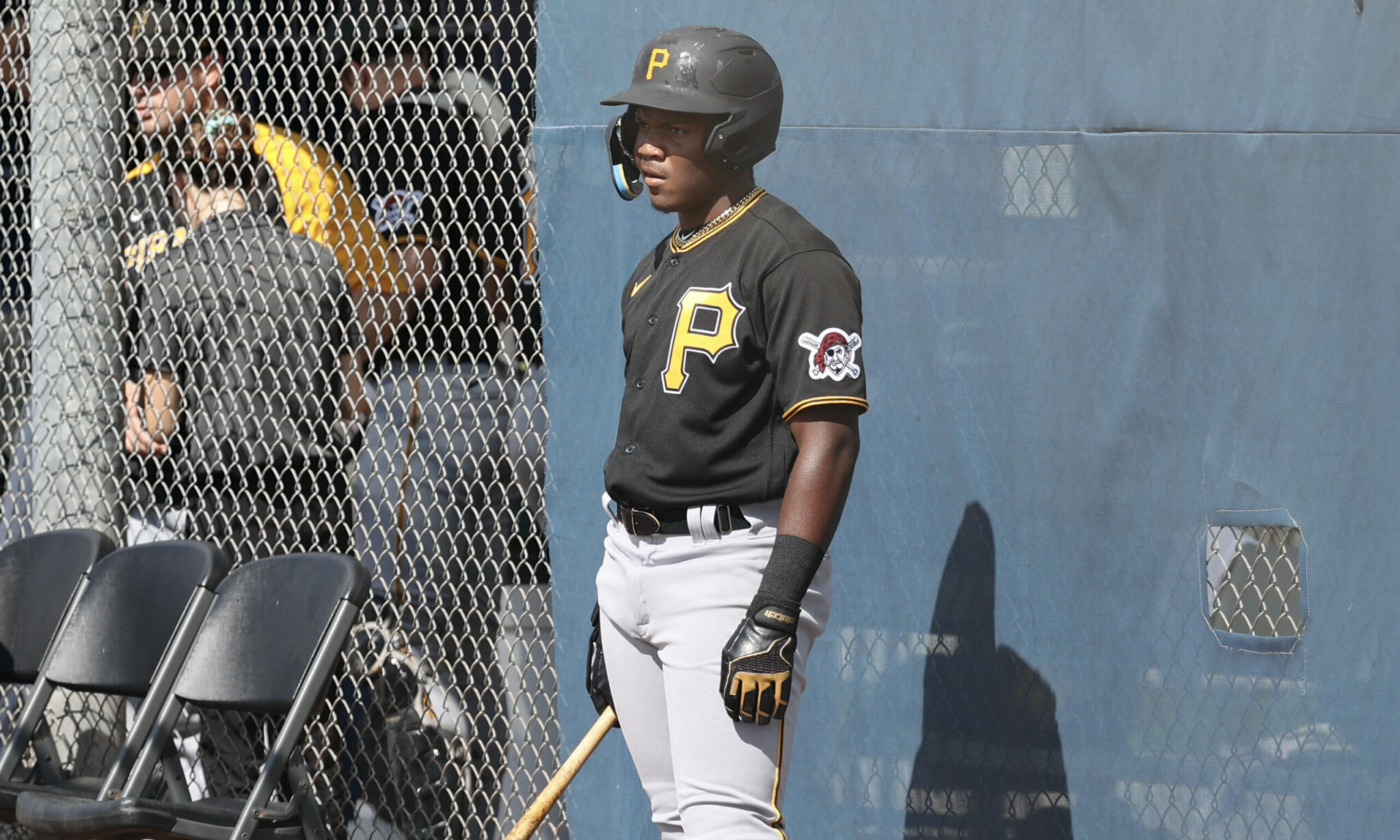 This is our sixth look at the progress of the 2022 draft picks of the Pittsburgh Pirates.  I eliminated the players who didn’t see action this week, so if you want to see their last updates, check last week’s article here. If Bradenton makes the playoffs today, we will have another one of these Draft Report articles next weekend. If they don’t, then this is the final article in this series this year.

Here’s a look at each 2022 draft pick who appeared in a game this week (Sunday-Saturday). They are sorted by draft round.

Termarr Johnson (1st round) – The fourth overall pick in the draft was off to a slow start in the extremely early stages of his pro career, then caught fire last week. He has performed well this week, so he will be going out on a high note in his first regular season of pro ball. He had a .527 OPS in nine games for the FCL Pirates, then has followed that up with a .275/.396/.450 slash line in 14 games with Bradenton. He hit his first pro homer this week, though if you saw the video, you know that the outfielder tried to sell a ball as being stuck in the fence and it wasn’t, so a double turned into an inside-the-park homer.

Jack Brannigan (3rd) – Brannigan was the first player from this draft class to see action, and he has been at Bradenton for the longest amount of time. He has played 28 games total, including his two games with the FCL Pirates. He got off to a strong start, but has really cooled down at the plate. Since joining Bradenton, he is hitting .211/.330/.337 in 112 plate appearances, with three doubles, three homers, 15 walks and six steals.

Tres Gonzalez (5th) – Gonzalez played one game with the FCL Pirates, and he’s up to 24 games with Bradenton, getting regular starts since joining the team. He’s hitting .325/.413/.400 with the Marauders. He has five extra-base hits, collecting four doubles and a triple. He also has seven steals and nine walks. He has struck out 12 times in 95 PAs.

Cy Nielson (8th) – The lefty pitched on Sunday and allowed two runs on a hit, walk and strikeout in his only inning. He has not pitched since then and isn’t currently on the active roster (could change for Sunday’s game if he’s still available). He pitched seven times this season, six for Bradenton and once in the FCL. In 8.2 innings, he has allowed eight runs on nine hits and eight walks, with eight strikeouts.

Tanner Tredaway (10th) – The outfielder played two games in the FCL before joining Bradenton on August 12th. He’s hitting .160/.373/.240 in 19 games with the Marauders. Between both stops, he has two doubles, a homer, 14 walks and two steals. He has struck out 11 times in 72 plate appearances.

Nick Cimillo (16th) – The only catcher drafted by the Pirates this year, he played  four games with the FCL Pirates before joining Bradenton. He has played eight games with the Marauders, seeing very little time as the backup to Wyatt Hendrie. Between both stops, he is hitting .214/.353/.214 in 34 PAs.

How is Gonzalez’ defense?

I think the Pirates should see what Jack Brannigan can do on the mound. although he has some power and is a very good fielder, he did not light it up in college with the bat and it looks like his future should be on the mound since he struggles to hit.