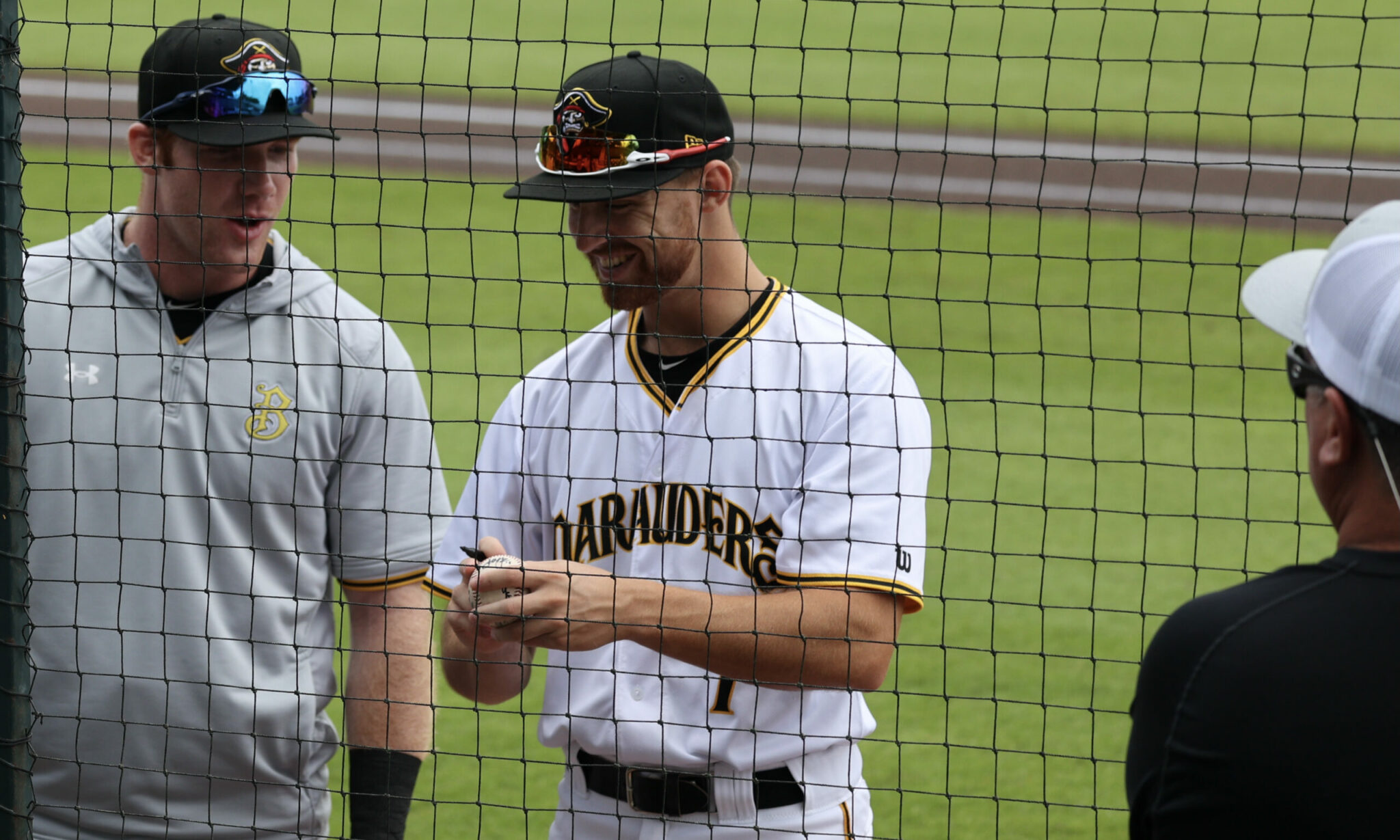 This is our third look at the progress of the 2022 draft picks of the Pittsburgh Pirates. A lot of players just got into action for the first time last week, so the report was filled with the debuts of players and not much else. Two other players made their debuts this week, and the others already playing started to see regular action. The Draft Report articles should have more info each week from here on out, especially if any new players debut.

Here’s a look at each 2022 draft pick who has appeared in a game this season. They are sorted by draft round.

Termarr Johnson (1st round) – The fourth overall pick in the draft is off to a slow start in the extremely early stages of his pro career. In seven games, he is 2-for-18 with a single, double and three walks. He has played shortstop four times, second base once and DH twice. Johnson has handled all 20 chances in the field. The FCL season wraps up on August 23rd, and the Pirates won’t be making the playoffs. So we will see if the Pirates decide to move Johnson up a level to finish the season. The season for Bradenton runs until September 11th, though they have a playoff shot (they are currently in first place by a small margin), so it could go longer.

Jack Brannigan (3rd) – Brannigan was the first player to see action, and he has been at Bradenton for the longest amount of time. He has played 12 games already, hitting .293/.408/.488 in 49 plate appearances, with two doubles, two homers, seven walks and five steals. Things have been going about as well as you could have hoped for from him.

Derek Diamond (6th) – The right-hander made his debut with the FCL Pirates on Tuesday and tossed a scoreless inning on one hit. He pitched again on Friday and threw another shutout inning, with no hits or walks, and two strikeouts.

Cy Nielson (8th) – The lefty threw a scoreless inning in his pro debut with the FCL Pirates. He allowed two hits and had a strikeout. He then moved up to Bradenton, where he walked three of the four batters he faced on Friday and all three scored, leaving him with a 20.25 ERA and a 3.75 WHIP in his 1.1 innings.

Mike Walsh (9th) – The right-hander has pitched twice, one for the FCL Pirates and once for Bradenton. Each outing saw him give up one run on one walk and one strikeout in one inning. He allowed one hit in his debut and two on Friday.

Tanner Tredaway (10th) – The outfielder (pictured above) played two games in the FCL and three this week with Bradenton. He’s hitting .200/.294/.333 in 17 plate appearances, with a double, walk, HBP and a steal.

Nick Cimillo (16th) – The only catcher drafted by the Pirates this year has played  four games with the FCL Pirates and two with Bradenton. Combined he’s hitting .200/.333/.200 in 18 plate appearances. He doesn’t have a hit yet with Bradenton, but he reached on a walk and two HBP.

Jaycob Deese (17th) – The right-hander has tossed two innings over two appearances. He has allowed one unearned run on two hits, with no walks and three strikeouts.

Elijah Birdsong (18th) – The right-handed pitcher has made three appearances for the FCL Pirates, allowing three runs on two hits and three walks, with three strikeouts in three innings.

Ryan Velazquez (NDFA) – The only non-drafted free agent signing for the Pirates debuted on Tuesday and allowed a hit and two walks in a scoreless inning. He pitched on Friday and gave up two runs on five hits, while recording one out.

The only position player yet to appear is 15th round pick Josiah Sightler and he won’t be playing any games this year. The other eight yet to appear in any games yet are pitchers. Not all of them will appear in games, with Hunter Barco, Michael Kennedy and Julian Bosnic all ruled out from games over the rest of the season. No word on the other five, so we will see if they start up this upcoming week. We will continue to do Sunday updates on the draft picks until the season ends, which will be later if Bradenton makes the playoffs.

This is a great weekly update … maybe my favorite. Thanks

The Pittsburgh Pirates couldn't carry Saturday's victory into Sunday and ...
102