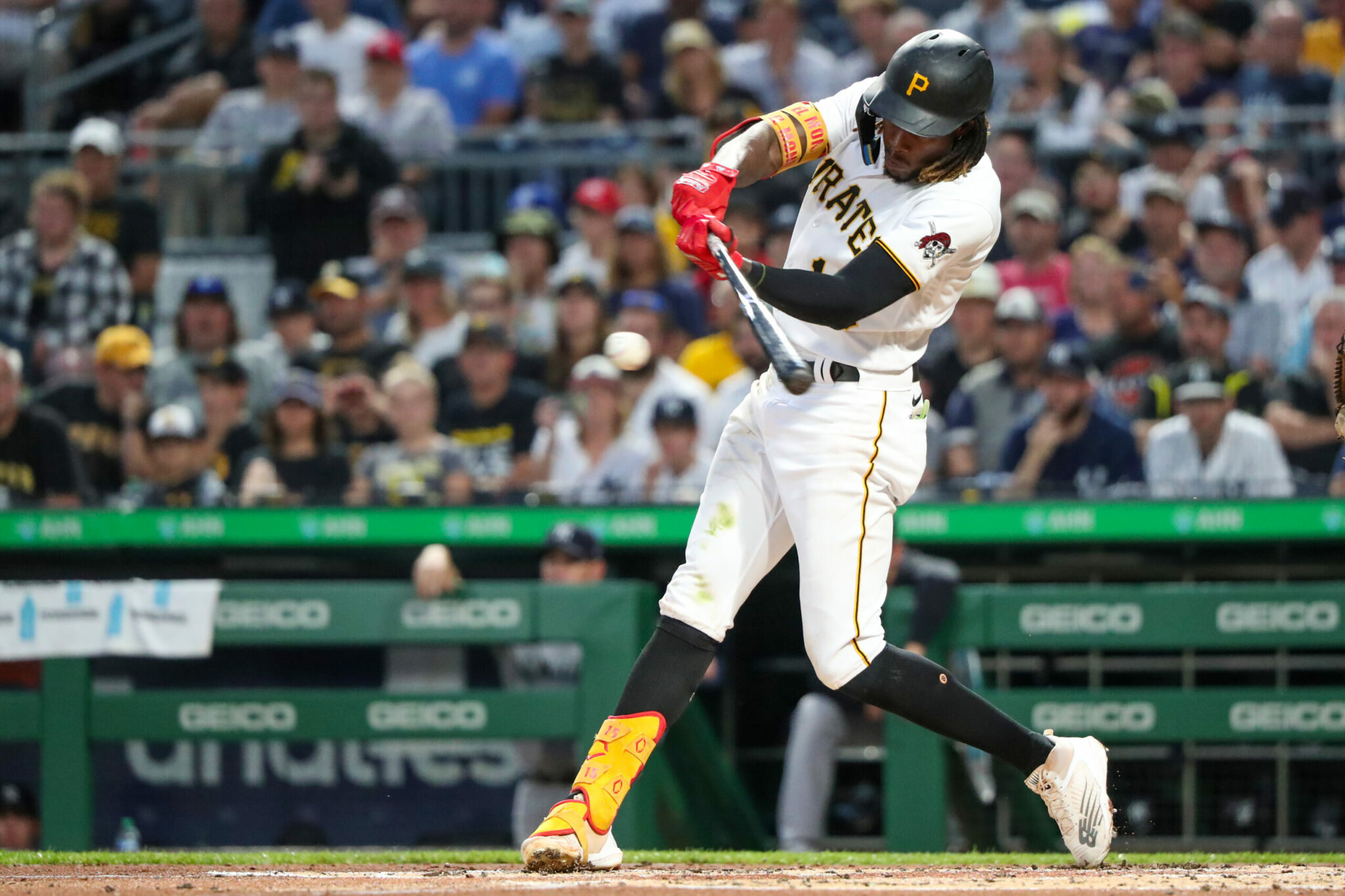 Cruz makes things look so effortless, taking this pitch on the outer part of the plate over the fence on what really looked like a flick of the wrist. The Pirates took two-of-three from the Milwaukee Brewers on the road, a huge step for them.

The catcher has home runs in back-to-back games now for Indianapolis, giving him six total on the season.

The extra day of rest did wonders for Priester, with his start coming on Sunday after the previous two did on Saturday. Priester pitched five very efficient innings, allowing four hits and striking out six batters. More importantly, he didn’t walk a batter.

Very nice Sunday at the park for No. 4 @Pirates prospect (MLB No. 35) Quinn Priester with the @AltoonaCurve:

Sabol didn’t have the best of months in June, batting just .213. After his ninth home run of the season on Sunday, that gives him back-to-back games with extra-base hits. He’s batting .250 early on in the month of July.

He sat on the breaking ball perfectly and destroyed the ball to center field.

Another game, another extra-base hit for Alvarez. In fact, he had multiple on Sunday which included his 12th home run of the season.

We keep waiting for last year’s breakout star to do so again in 2022, and while it’s early in July – he’s starting to hit like he did in 2021. In nine games, Fraizer is batting .300, hitting this RBI double on Sunday.

An RBI-double from @mattfraizer3 extends our lead in the ninth inning! pic.twitter.com/2mhvRnydPW

The swing and miss stuff by Priester makes my heart flutter!

By far the best he’s looked this year, including the combined no hitter.

As you pointed out, it seems like added rest between starts is what they are experimenting with at AA. After his last game at A+ (poor outing) he was promoted and after 4 days rest he threw 3 innings/36 pitches at AA. Then 5 days rest and 4 innings, then 6 days rest and another 4 innings, then 7 days rest and 5 IP. In his last 3 starts he has averaged about 68 pitches – VG for 4 IP and Excellent for 5 IP.

Is it possible we are trying to save some innings for AAA or beyond?

Priester has done well in AA, adding to an already solid Rotation which already included Mudge, Nicolas, and Ortiz.

Cruz’ speed for his size amazes me or I was just so use to Polanco’s lumbering strides. While his dash to third on a single to left with two outs was a bit risky in baseball terms but once he decided to go and turned on the speed it was something to see. After seeing that by Cruz I’m pretty sure actual outfielders will hustle to the ball a little faster. It was odd seeing Counsell giving Hiura his first outfield start but the Brewers offense had been Pirate like lately.

I was just as amazed, if not more, at him going first to third than the HR. Both were amazing and an example of just how talented he can be. Was literally a bloop single, and he made it to third. Risky, probably. But he’s one of the few capable of it so go for it

Yeah the buzz about his speed didn’t really start up until they got the radar on him in MLB. His peak Sprint speed is as fast or faster than Tyreek Hill…

Loved the looks on the faces of Chavis and the trainer after Cruz’s bomb.