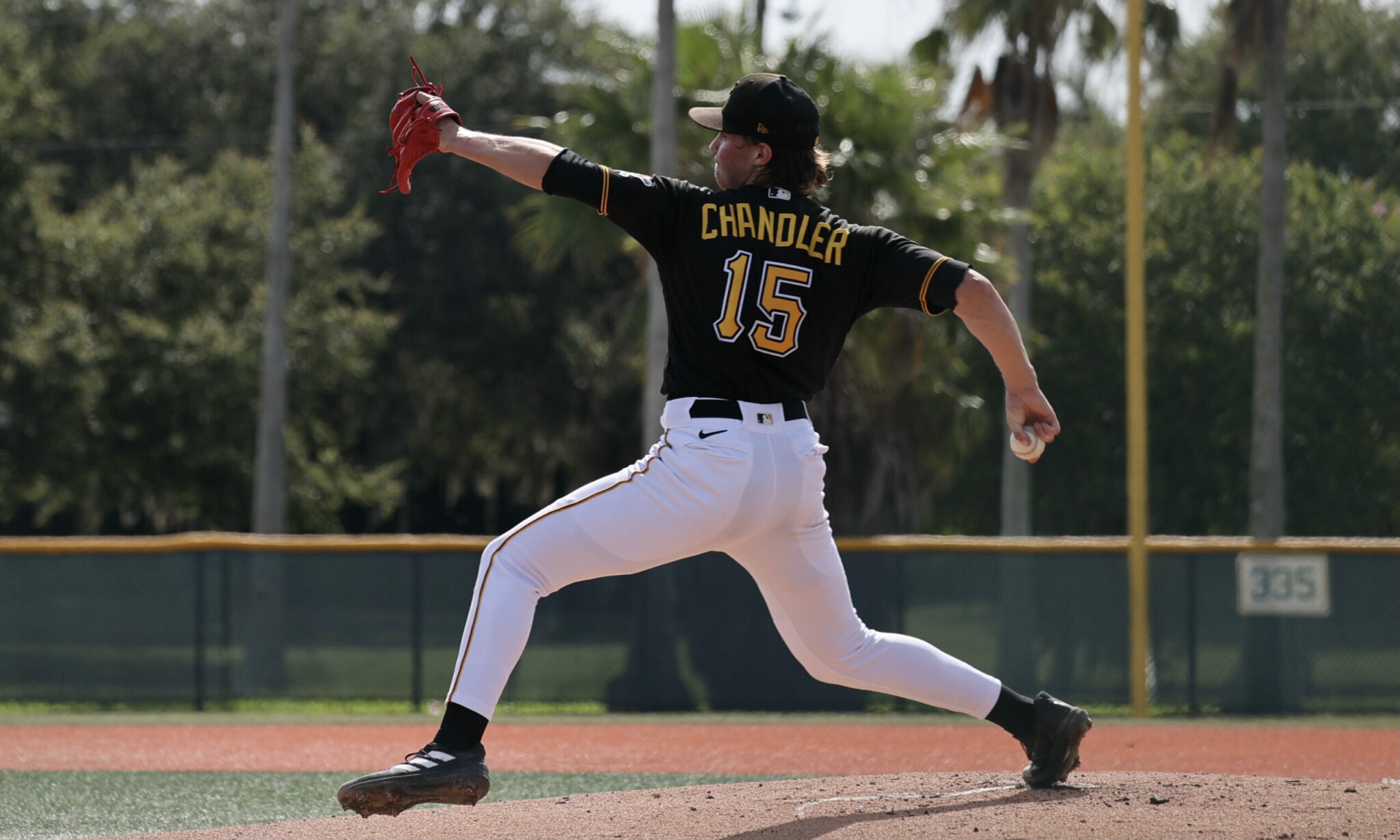 For the second straight day Greensboro got off to a really slow start, and again an eighth inning home run gave them a lead in a game they eventually won. This time it was Francisco Acuna who hit his second home run of the season to give the Grasshoppers the lead.

For the second straight day, Greensboro hits go ahead home run in the 8th inning, this one by Francisco Acuna #LetsGoBucs pic.twitter.com/m1kxlohjh3

Nolasco has been one of the hottest players in the system for the Pirates, taking home Florida State League Player of the Week honors last week. Friday he hit this massive home run for the Marauders.

Rodolfo Nolasco with a BOMB to left field. Measured at 420 feet. His 11th of the season #LetsGoBucs pic.twitter.com/A4WxnFbQ2y

We’ve seen Bubba Chandler at the plate, Friday saw him toe the rubber for the first time with the Bradenton Marauders. He flashed some of the stuff that made him such a highly regarded prospect, but also reminded us that he is still 19-years-old. He struck out four over 2 2/3 innings, but also walked three and allowed four runs. Here’s one of his strikeouts, all three pitches of it.

Bubba Chandler with a 3 pitch strikeout in the second inning. #LetsGoBucs pic.twitter.com/pxuCQrNvyA

For the second straight day, and three of the last four games, Blake Sabol has hit a home run. He now has 11 on the season with the Altoona Curve.

Blake Sabol is taking the Polar Express to Souvenir City! His 11th shot of the year gives us a 2-0 lead! pic.twitter.com/ry0ct9BHW1

The catcher acquired in the Tyler Anderson trade is still struggling to find his groove offensively, but still manages to come through with a big hit here or there. Here he hits a two run double for Indianapolis.

420 feet my ass! 375 to the wall and that sucker cleared the grand stand. Absolute mammoth shot