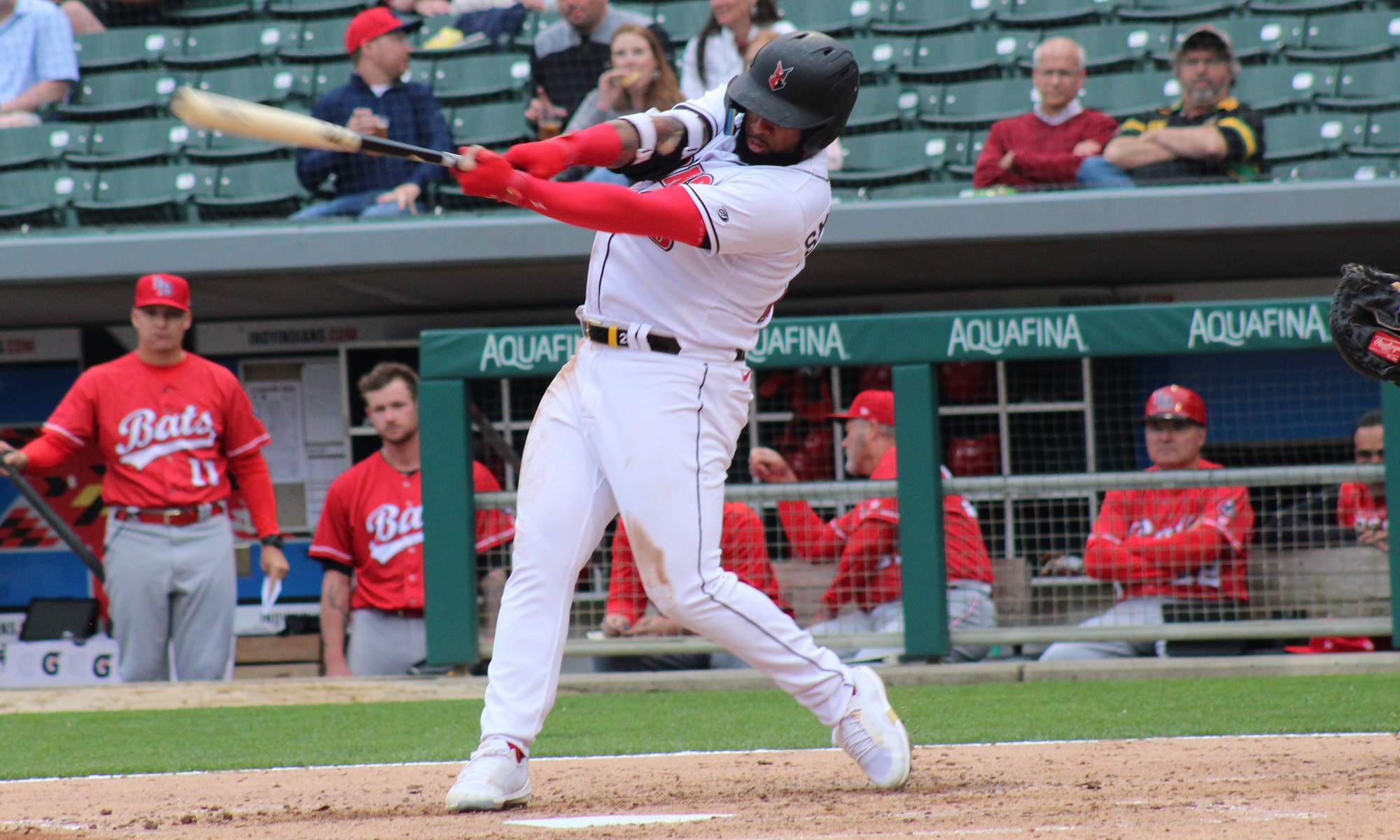 According to Jason Mackey, the Pittsburgh Pirates are calling up outfielder Canaan Smith-Njigba and utility fielder Hoy Park. It’s unknown right now who they are replacing on the roster. It’s likely (but not definite) that one of them is joining the team tomorrow when the Pirates can add a 27th player for the doubleheader against the St Louis Cardinals.

Per sources: Pirates are calling up Canaan Smith-Njigba and Hoy Park. For Smith-Njigba, assuming he plays, it’ll mark his MLB debut.

We will update this post when the transaction(s) is/are announced.

UPDATE 4:25 PM: The Pirates called up Smith-Njigba and Park, sending down Travis Swaggerty and Aaron Fletcher.

UPDATE: 7:47 PM: Jason Delay has also joined the Pirates from the taxi squad. Duane Underwood Jr. had to be placed on the COVID-19 list, so Delay was in the right place and the right time to join the team. This is his first time in the majors as well. He was batting .250/.324/.344 in 22 games with Indianapolis, as one of four catchers they had on the roster

I see all the mention of Cruz possibly coming up this weekend. That would be pretty cool. I am taking my son up for the game on Saturday from NC. He just graduated from High School and has never been to PNC. Perfect weather, Reynolds Bobble Head Day and possibly a Cruz siting…

Suddenly I’m getting emails for every response to one of my posts. How do I stop this?

I already get emails from obscure professional journals and politicians. (I’ve published a bunch of papers and supported friends running for office.) I don’t need more.

There should be an unsubscribe feature in the E-mail. It was a simple to use if I remember correctly. If not, contact Tim and he should be able to help.

You should be able to set up your email tool to redirect stuff based on the subject or sender into subfolders. That way it’s at least organized a bit.

Wow, we get to watch Booo Chang try to catch those pop ups between him and the outfielders just like Marcano does🤯

Except marcano is good at it lol

He looks very good at it so far, lol.

Plumb forgot all about Fletcher. Guess he got hidden behind Yerry………….

His ERA couldn’t hide behind an elephant.

I’ve been watching Our National Parks, so I know you can hide a lot behind an elephant. Great cinematography BTW.

Swaggerty NEEDS to be playing daily…I get this move. He’ll be up again, but not before Gamel is traded. Allen, Marisnick, likely both DFA losses. (too bad we didn’t get to see Allen).
Hoy Park, I got nothing…

Park is the non prospect bench bat that doesn’t need every day ABs.

You are probably right. But I just want to remind folks that these are amazing athletes. I played against people who weren’t as good as Hoy Park, and they were so special. Always be kind.

Parks been hitting better the last few weeks and he’s been throwing walks at a good rate all year. Maybe this is his last chance to share something, or maybe he’ll be up for one game then go back down.

I’m happy, but it’s still weird. So, Swaggerty’s call up, in the midst of him getting hot and turning it around, was basically done primarily just so they could demote Castro for disciplinary reasons.

Watch out, Canaan, the Stoopid is coming for you next.

“Well they moved CSN up so they could put Martin in rightfield and keep Madris at first.” Come up with that kind of logic and you have a job in the Pirate FO, lol.

“To try out Oneil at catcher, while Bins shows if he has any gas on the mound.”

Shelton to Cherington, “Can’t we get a ambidextrous reliever?”

Better yet, an amphibious reliever.

Was hoping to find out that CSN had some 1B experience on his pro resume…..unfortunately he has none. Would have been a nice platoon with Chavis but not happening due to CSN having no experience…

Last edited 2 months ago by roibert.kasperski
0

Old cliché, BC/DS are playing fifth dimensional chess while we fiddle with checkers😁

You can do checkers? I’m impressed.

C’mon, my dog can play checkers. But he’s no good. I beat him two out of three, usually.

But how is he at Go Fish? More my style, and I am anticipating a grandchild. Fingers crossed.

I would be shocked if CSN was up for more than a doubleheader and a chance to get his beek wet in the MLB. Hoy on the other hand, please God, would be a perfect swap out for Chang, who is totally useless. Then Cruz comes up this weekend.

This actually sounds plausible. Both draw walks at a good rate, so at least we’re getting some guys with a little discipline.

Someone on twitter said cruz’s super 2 day is 2-3 days away, so i guess home weekend series for callup would be right on time

Don’t think anyone knows the exact Super 2 day until after the season is over, obviously it can be estimated but there’s too many moving pieces to nail it down that precise.

It’s almost always early June though so we should be safe. That’s why he may be suddenly and mysteriously ready defensively just in time to avoid super 2 lol.

You know Cruz will get called up. Go on a tear. Finish 2nd in Rookie of Year race, and wind up with a full season of service time.

I frankly don’t understand the Swaggerty call up or these two coming up. What makes sense is Cruz coming up in place of Castillo (even though I like him) who is struggling. Consideration should be given for him at first base now or in the future. Secondly, Bae should come up and either Swaggerty or Mitchell goes back down. Marcano looks like a utility keeper (or more). Suwinski’s power plays right now. If they weren’t so cheap, moving Vogelbach should be on the table to clear some space.

Obviously when they get off the IL, Tsutsugo should be thanks for the memories but “time for you to go” and VanMeter should be dealt. This really isn’t too hard. It’s not like these guys are superstars who are owed a lot of money and can’t be dealt. They have a clear payroll and getting potential stars some playing time is crucial to be competitive sooner rather than later. Park doesn’t look like a fit and Smith-Njigba is a 4th outfielder (like RJ Reynolds or John Cangelosi) at best.

Vogelbach was our best(ish) hitter before he got hurt. Don’t see why we’d be so eager to get rid of him.

Bite your tongue about VanMeter. He’s our 2024 World Series hero

Maybe just to let him know they haven’t forgotten him.

Swaggerty is an elite center fielder. Having one of those on your roster is a good thing. If he can hit you’ve got an All Star. If he can’t, you’ve got Marisnick at the MLB minimum.

agree with your message, but double thumbs up for the RJ Reynolds & John Cangelosi name drops

We went from never having 3 actual OF’s, to all the OF’s. Better than calling up someone like Hoy Park… Oh wait…

I assume they’ve talked to Cruz about what’s going on and told him he’s going to make his debut on XYZ day (I also presume that’ll be this Friday). So hopefully he’s not taking a baseball bat to some unsuspecting water cooler or something.

agree, they’ll wait for a home game to call him up bc it’ll sell tickets

Well at least Park has been hitting recently.

Swaggerty needs somebody to talk to.

Yerry can give him some pointers.

Is Riann Wilson on a hot streak now? O and D both?