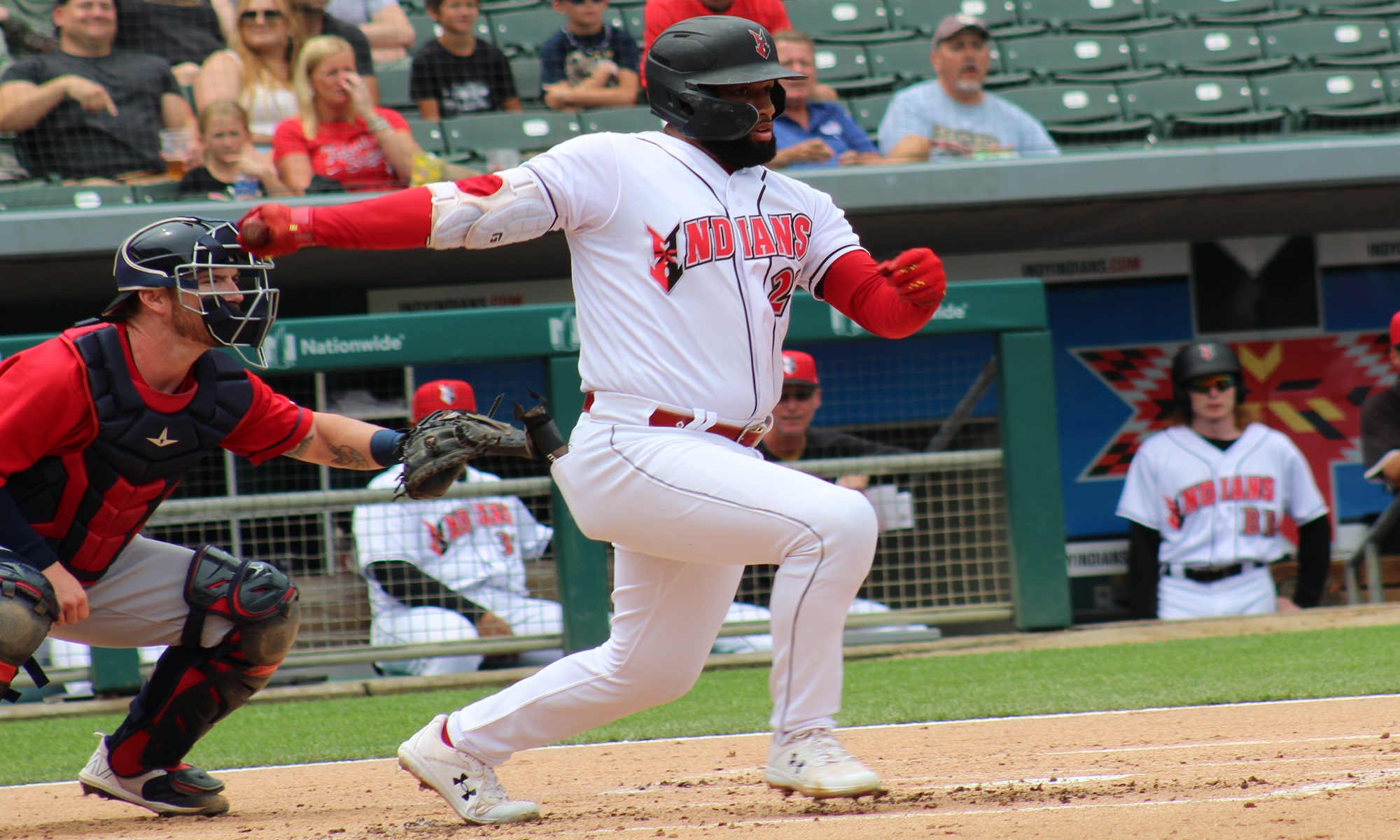 Throughout the season, despite ups and downs, two constants remain for the six-foot, 215 pound outfielder — playing hard, and confidence.

On at least a handful of occasions, Smith-Njigba stretched an easy single into a hustle-double. He’s also consistently made the correct base running decision, and is rarely, if ever thrown out on a play like that. On the other side, he’s made several diving plays, after getting a good read on a ball defensively. He combines both smarts and hustle on the field.

“My mentality is just to play the game hard,” Smith-Njigba said. “I know my role and I know my job. I know what I do well in this game, and that’s getting on base. If I can get on base, or stretch a single into a double, that just means the next guy can hopefully drive me in to score runs and win ballgames. That’s the ultimate goal, to win ballgames. I just try to do everything I can so we can do that.“

Along with the grit, Smith-Njigba owns another unsung tool offensively. He possesses an uncanny eye on the edges of the plate.

Between what he’s done with the stick and his eyes, the left-handed hitting Smith-Njigba claimed a 28-game on-base streak earlier this year. Speaking of confidence, he felt like it should have been 29 with an unjust error ruling on the road.

“It’s just grinding,” Smith-Njigba said. “I know my game. I trust my eyes. When I put a good swing on the ball, I hit the ball hard, just like anybody on the field. I had a good streak going… I just put some good bats together, preparing well, and having a good routine.”

After the on-base streak, Smith-Njigba went on a nice run offensively. In nine June games, he hit .342 with a .931 OPS. This performance followed his .437 OPS in May. Shortly before his promotion, Smith-Njigba discussed how he was feeling with his game.

Smith-Njigba, who was acquired last year in the Jameson Taillon trade with the Yankees, is not interested in limiting himself as a player. He also continues to have faith in himself for his future outlook

“I’m just trying to be a complete hitter, a complete player,” Smith-Njigba said. “I’m not trying to just be labeled as just one thing. I have a lot of growing stuff to do in this game, but I take a lot of pride in what I put into this game. I just really want to help the team win, and be unique, a style of play, and always keep people on their toes.”

He needs to hit home runs.

I like where CSN is at as a complete hitter. If he can take that aggressive approach and go on a balls in the river streak, he could become very valuable.

Seems like he could have the highest floor, and thus most likely to be a productive MLer, of the rookie trio of OF that we have up right now. His ability to get on base should play anywhere and shouldnt be as variable as suwinski’s raw power needing him to make contact a decent amount of time. Maybe jack is the more likely to put up a 5 win season (obviously absolute best case) but canaan seems like a better lock to be 2-3 win player ever year

Yeah, I think that’s a fair assessment. As much as I like Cal, his defense is going to be his biggest hold back, primarily his arm. CSN isn’t necessarily a stalwart defensively himself, but as you said, overall he probably has the highest floor with his existing carrying tools. I wouldn’t say he’s more likely, but I think the possibility of him becoming just a stud at least exists, just due to sheer raw strength he has.

If his OBP skills translate to the majors, he would a very nice table setter for our team. Im a fairly significant believer that guys who are on base all the time can have an influence greater than just being a baserunner as they put more pressure and stress on the defense pitcher. Not a hard and fast thing, but could be a marginal difference that wins a game or two over the course of the season

Yeah and if you have a couple of guys like that in your lineup the starting pitcher may end up going shorter because he throws more pictures which can be a good thing depending on the bullpen.

Marcano also has shown this skill! May just be memory bias, but seems like he has worked his fair share of deep counts, which a 6-7 pitch out is inherently more valuable than a 3 pitch out