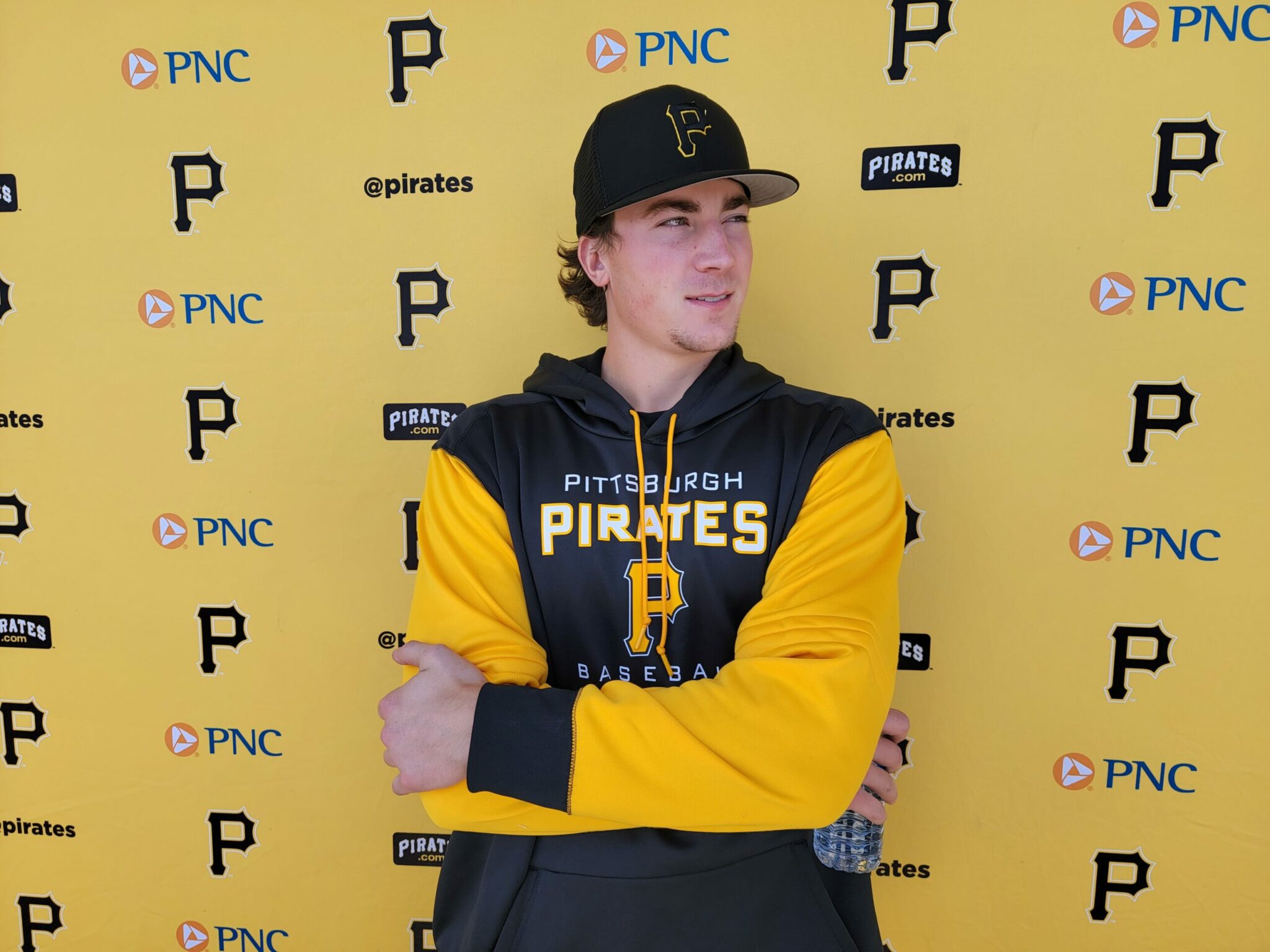 The Pittsburgh Pirates lost starting catcher Roberto Perez for the remainder of the season this week.

Perez was added as the starter after the team traded Gold Glove winner Jacob Stallings. Even without a starter at the moment, I don’t think the Pirates would reconsider that deal.

Stallings brought back right-handed pitcher Zach Thompson, who has been starting in Pittsburgh. Thompson hasn’t stood out to claim a long-term rotation spot yet, and seems like his upside would be a back of the rotation starter or a swingman.

The most promising part of the return has been the addition of right-handed pitcher Kyle Nicolas and outfielder Connor Scott, who are both playing in Altoona this season.

“I’m very happy we have those two guys in our clubhouse,” Altoona manager Kieran Mattison said.

Nicolas has made seven starts this year, putting up a 3.45 ERA in 28.2 innings, with a 30.4% strikeout rate and an 8.7% walk rate. The strikeouts are up slightly from his brief time in Double-A last year, while the walks are down considerably.

“He’s had honestly just one bad inning,” said Mattison. “Outside of that, he’s been good. He fills up the zone, and gives us a chance to compete each time he goes out. It’s been fun to watch Nicolas go out and grow with each outing.”

Anthony Murphy wrote about Nicolas this week, profiling what has been working for him.

Meanwhile, Scott gives Pirates fans another potential future starting outfielder to follow in the upper levels. As of this writing, he has a .286/.350/.407 line with five stolen bases in six attempts, and decent plate patience. Scott has mostly played right field, but has gotten starts in left and center.

Between Nicolas, Scott, and Thompson, the Pirates have three guys who could emerge as a starter in the majors. That’s a good recipe to end up ahead from where they were pre-Stallings trade.

Over at Baseball America, my monthly feature was on Tsung-Che Cheng.

BA had a different format this month, combining all of the contributor articles into notebooks broken down by division. Not only will that link get you my update, but it will also get you updates from all of the other NL Central teams.

Cheng has been one of the top hitting prospects on Bradenton’s young roster this year, and I wrote about the adjustments he’s been making to maximize his contact abilities after a slow start to the year.

FanGraphs had a few interesting updates on the Pirates that I wanted to share for anyone who missed them.

**Taylor Davis Wants To Manage (or Work in a Front Office)

**FanGraphs Audio: Ben Cherington on the Pirates, Jake Eisenberg on His Radio Rise

I wonder if VanMeter and Davis end up as coaches in the organization when their careers are over.

Scott’s really cooled off (.231/.277/.308) after a big first week but Kyle Nicolas has become one of my favorite arms in the system. Love that fastball. He and Burrows seem to have similar styles and repertoires, just with Burrows developing the change and Nicolas the slider as their tertiary pitches.

Appreciate your enthusiasm. I do get tired of snark, so a sincere thank you. All of us need to remember that these are amazing athletes who compete with other amazing athletes. I have been schooled by lesser players, so I am sensitive to this and find dismissive comments offensive.

I’m admittedly easy to snark myself, but I agree that it gets old. Trying to be better!

I mean, Vanmeter probably shouldn’t be on a big league roster, and I know a hitting coach position that should be open at this point