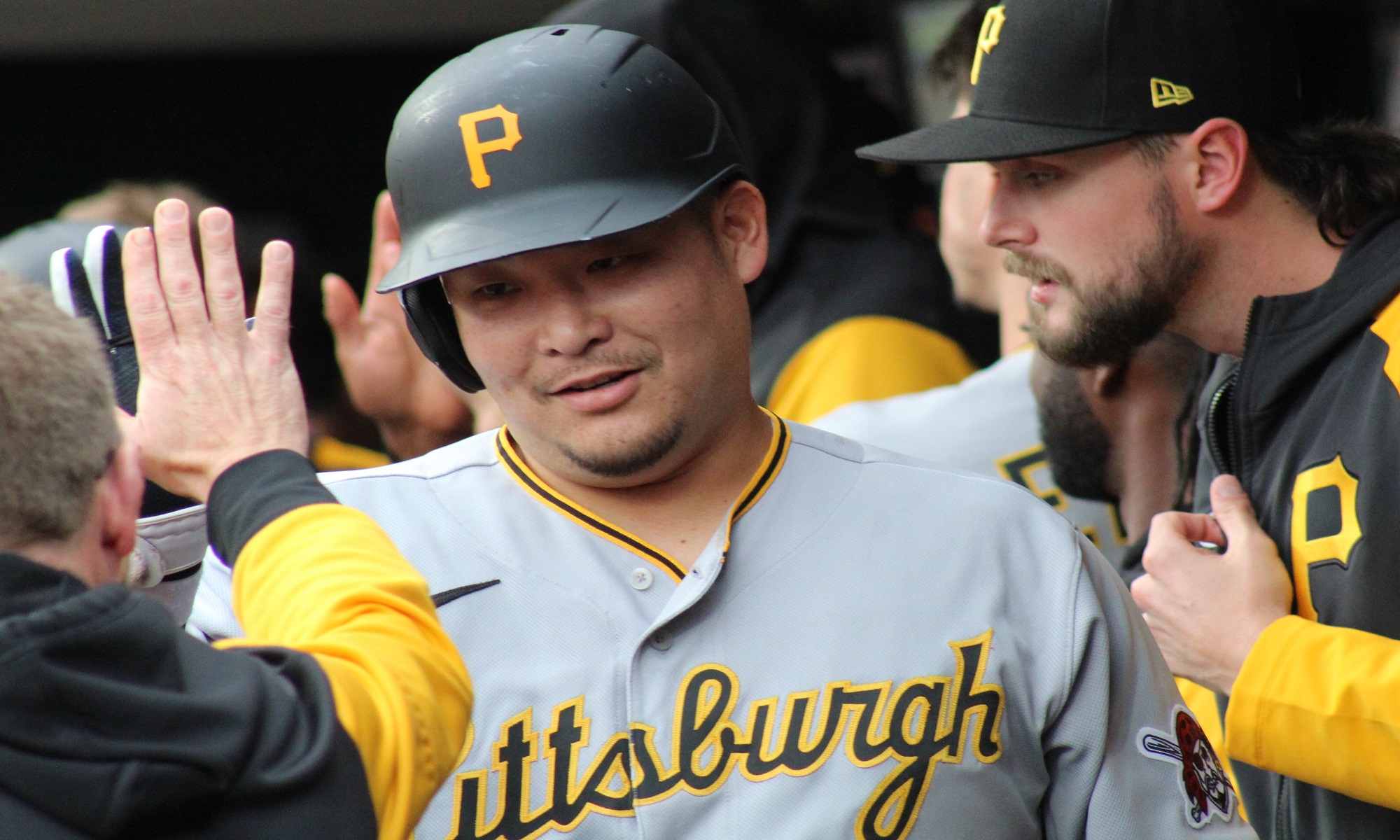 The Pittsburgh Pirates placed first baseman Yoshi Tsutsugo on the 10-day injured list on the Thursday off-day according to the transactions page on their website. The move was made retroactive to Wednesday. Jason Mackey broke the news yesterday that Tucupita Marcano was joining the Pirates, but with the off-day on Thursday, there was no need to add him today, so expect that move to be made before Friday’s game in San Diego.

We will have a post tomorrow when the expected Marcano news becomes official. He was up with the Pirates briefly this year and doubled for his only hit (two at-bats). He has spent the rest of the season with Altoona, where he hit .312/.411/.495 in 29 games, boosting up those numbers after a recent hot streak.

UPDATE: Just noticed that teams will be allowed to carry 14 pitchers still, as MLB has extended the deadline to June 19th, so if you saw that last part about teams getting down to 13 pitchers before June 1st, disregard it. MLB announced it was pushed back a few hours ago, not long before this was posted.

With Marcano coming up, we will have 5 of 12 rookie position players!!

Last edited 1 month ago by 1979andCounting
3

With Mason Martin available in Indy, why not transfer Roberto Perez or Marisnick to the 60 day IL, add Martin to the 40-man, and bring him up to the big club?

Stephen B
Triple-A
Reply to  derekbellstutu
#362008

Perez is on the 60 day (some outlets missed the announcement and are still showing him on the active roster, but it happened. He’s on the 60IL).

Marisnick, maybe that could happen. He hasn’t gotten into rehab games yet and he’s pst the 30 day mark.

But the likeliest answer is, they don’t want to add Martin, at least not yet. Probably because they haven’t given up on Yoshi as the everyday 1B. Possibly because they’re unsure his whiff rate will work in the show (have they SEEN the team they assembled up there?!?)

Marisnick has been on the IL for 18 days. If he went on the 60 day he would have to stay there another 42 days. Last report on Marisnick was he is ahead of schedule in his rehab. He will probably not be out another 42 days.

As usual I’m confused. Why would we ever consider bring Marisnick or Tsutsugo off the injured list? I know Marisnick was injured but I’m not sure about Tsutsugo and I just assume both will be released before they ever hit the active roster again.

The larger question is why a guy with a 16 OPS+ needs to be on the team at all.

I like Marcano so this isn’t a knock on him but why is he getting the call to replace Yoshi?

Short answer – they don’t have another 1B on the 40-man. Long answer – they’ll cover 1B with Chavis and maybe Gamel and Marcano has played all over the place at Altoona, so he’s nice to have. And the alternative would be Tucker.

They were working Gamel at 1B, so he may get some reps there besides Chavis.

So Yoshi has bat discomfort? I hear that has no known recovery time.

You beat me to it. I was going to write that he had a dislocated bat.