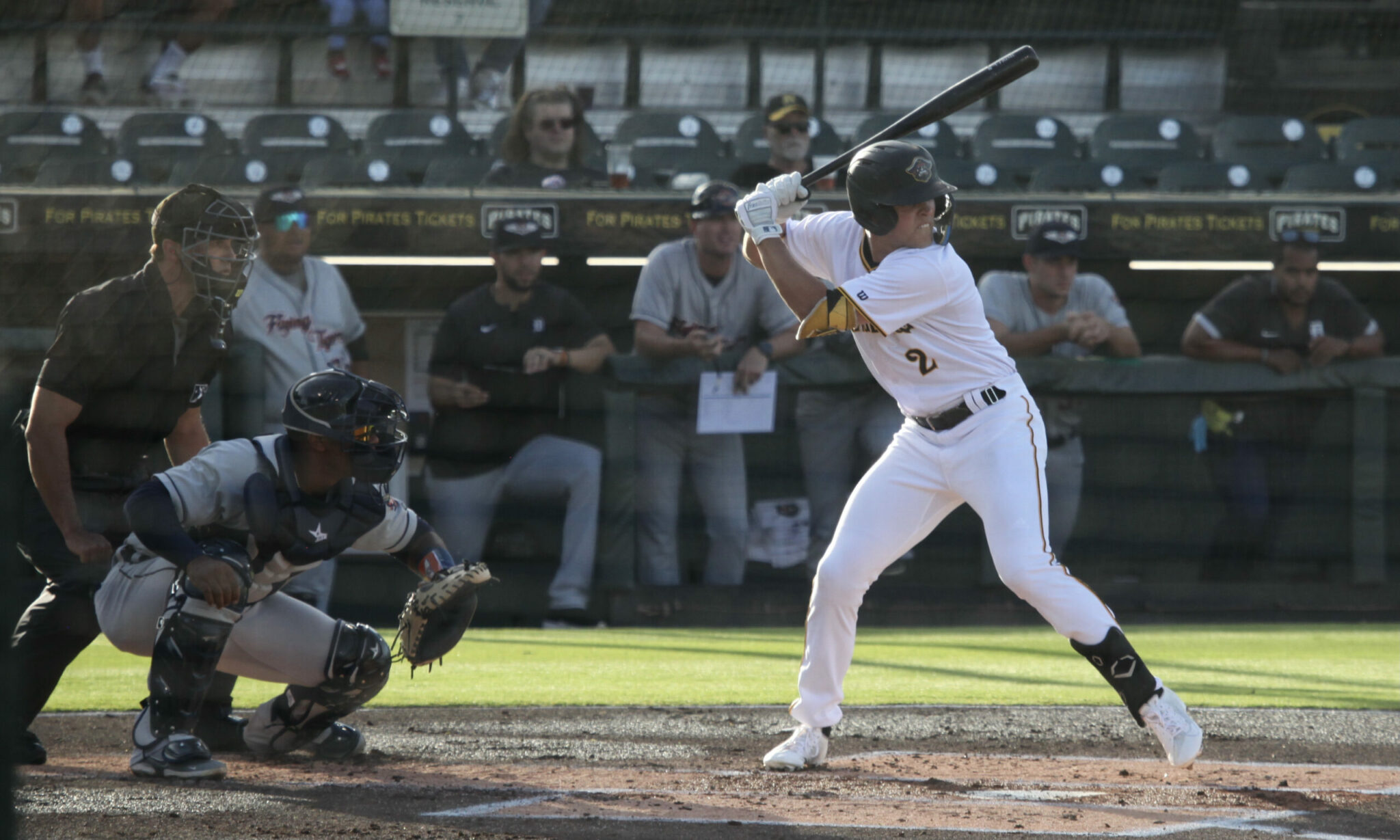 The 21-year-old former 11th round pick by the Pirates has been a jack-of-all-trades defensively this year for Bradenton. Bowen has played every position on the field except catcher and shortstop.

Going into last year, Ji-Hwan Bae hadn’t hit a home run professionally. He saw a jump in his power and finished 2021 with eight overall.

Now two months into 2022, Bae already has five after he hit another one Saturday night. The development of power in Bae was an amazing addition to an already impressive arsenal.

After a disappointing start to the season, it looks like the bat is finally starting to come around for Swaggerty, even adding in some pop. The former first round pick hit just two extra-base hits in April, after his triple on Saturday, Swaggerty now has five this month.

Travis Swaggerty with a RBI triple to open up the scoring for Indianapolis #LetsGoBucs pic.twitter.com/a1oduodsvu

There wasn’t much to talk about offensively for the Altoona Curve. They scored two runs, but did so without getting a hit. Liover Peguero eventually got them on the board but it was too little, too late as Harrisburg won on a walk-off home run in the bottom of the ninth.

.@mattfraizer3 making catches like this never gets old for us. pic.twitter.com/LPkJfWSTZd

Matt Fraizer did make this nice catch here, one of the few highlights on the night for Altoona.

Give Swags a chance.

Never gets old watching these Bae highlights, thanks Anthony. He sure seems to be catching the fanbases attention for sure. Wonder, to myself I suppose, what mgmt is thinking for him, how do they view him🤔… i find him compelling, dont want him promoted then rotting, guess we will see…

Why hasn’t Bae been promoted yet?

It should happen today to replace Chavis or Gamel, but they’ll probably go with someone already on the 40-man.

That leaves Hoy Park, Cole Tucker, Cruz and Peguero for the infield.

Out of all those it has to be Cruz. Park is struggling worse than Cruz, Tucker is done and I don’t see Peguero leap frogging Cruz.

That makes sense so it can’t happen, lol.

I missed something with Chavis last night. He was able to come in and pinch run then play first but was unable to bat. Did he get another injury in the field?

No, same injury. Able to run and field but not hit.

Yes mate, someone on the 40 for sure…wonder if we see Travis sooner than we may have expected, a few weeks back… He certainly has had some increased success🤷‍♂️

Somebody better be headed this way. They don’t have enough healthy bodies.