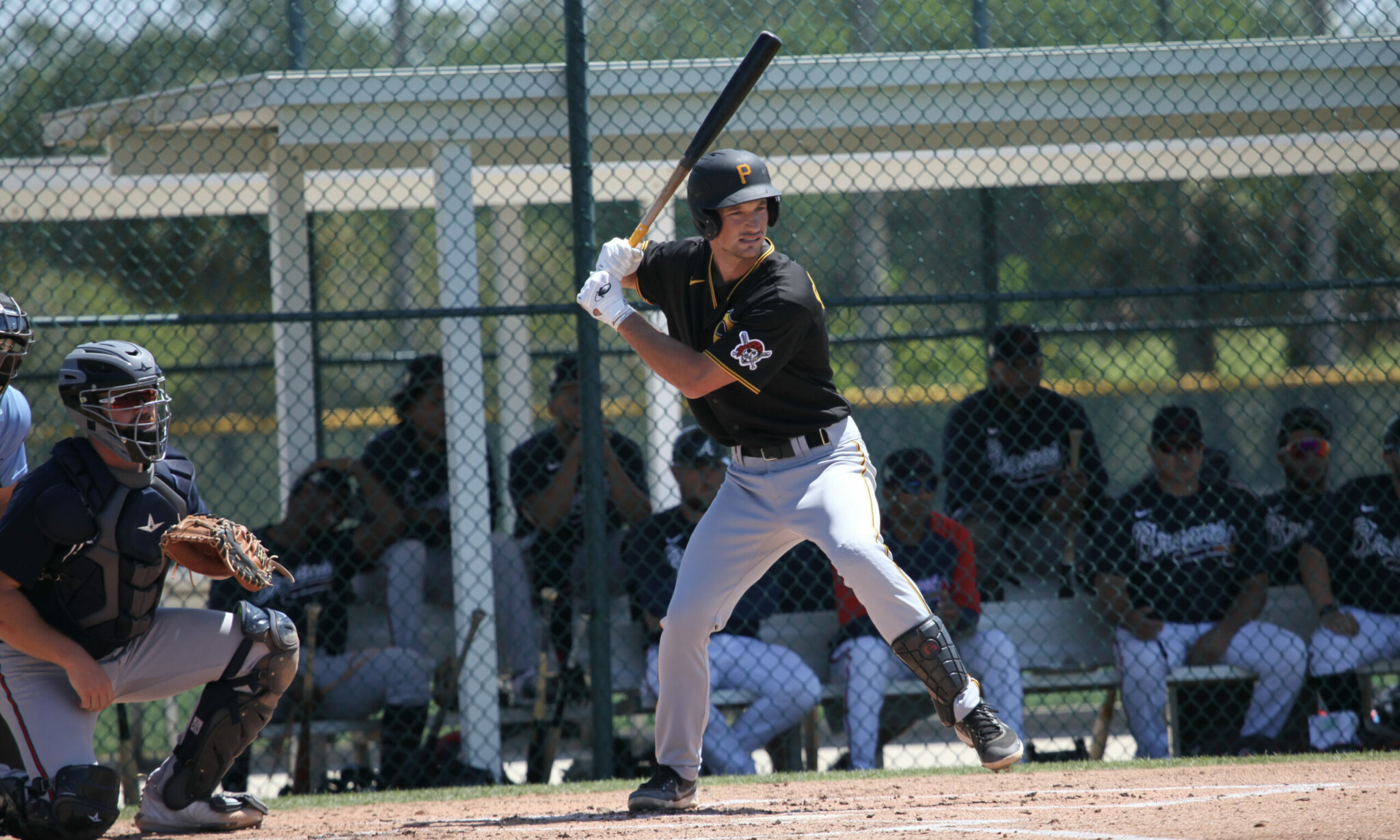 The Pirates are promoting C Henry Davis to Double-A Altoona, C Carter Bins to Triple-A Indianapolis and 1B Jacob Gonzalez to High-A Greensboro, farm director John Baker said, though he made it clear that all are based on merit, not a chain reaction from MLB catching situation.

The Bins promotion is a bit of a push, since he has been awful at the plate in his two brief stints in Double-A, combining to hit .143/.288/.233 in 41 games, which included some time with the Seattle Mariners before coming to the Pirates in the Tyler Anderson trade last year. The 23-year-old tore up High-A ball last year (.915 OPS in 40 games), but he’s had a rough transition to the upper levels. However, if they left him in Altoona, then you would have had a poor man’s version of what was going on in Greensboro with Endy Rodriguez and Abrahan Gutierrez (and Eli Wilson) all there with Henry Davis. Bins was already splitting time with Blake Sabol, so you’d have three catching prospects there as well.

Bins going to Indy leaves that team with veteran Taylor Davis, who is the clear third-string catcher right now for the Pirates (staying in Indy of course) with Roberto Perez out for an extended time. Indy also has glove-first catcher Jason Delay. Davis will likely be on the taxi squad for the Pirates at times, so the other two should get their share of playing time.

As for Gonzalez, he didn’t belong in Bradenton to begin with due to his age and experience, but he tore up the league and won two Player of the Week award and the Florida State League’s Player of the Month award.  He hit .393/.477/.652 in 24 games, leaving the league as the leader in OPS. He will play first base, where Abrahan Gutierrez and Endy Rodriguez were seeing some non-catching time.