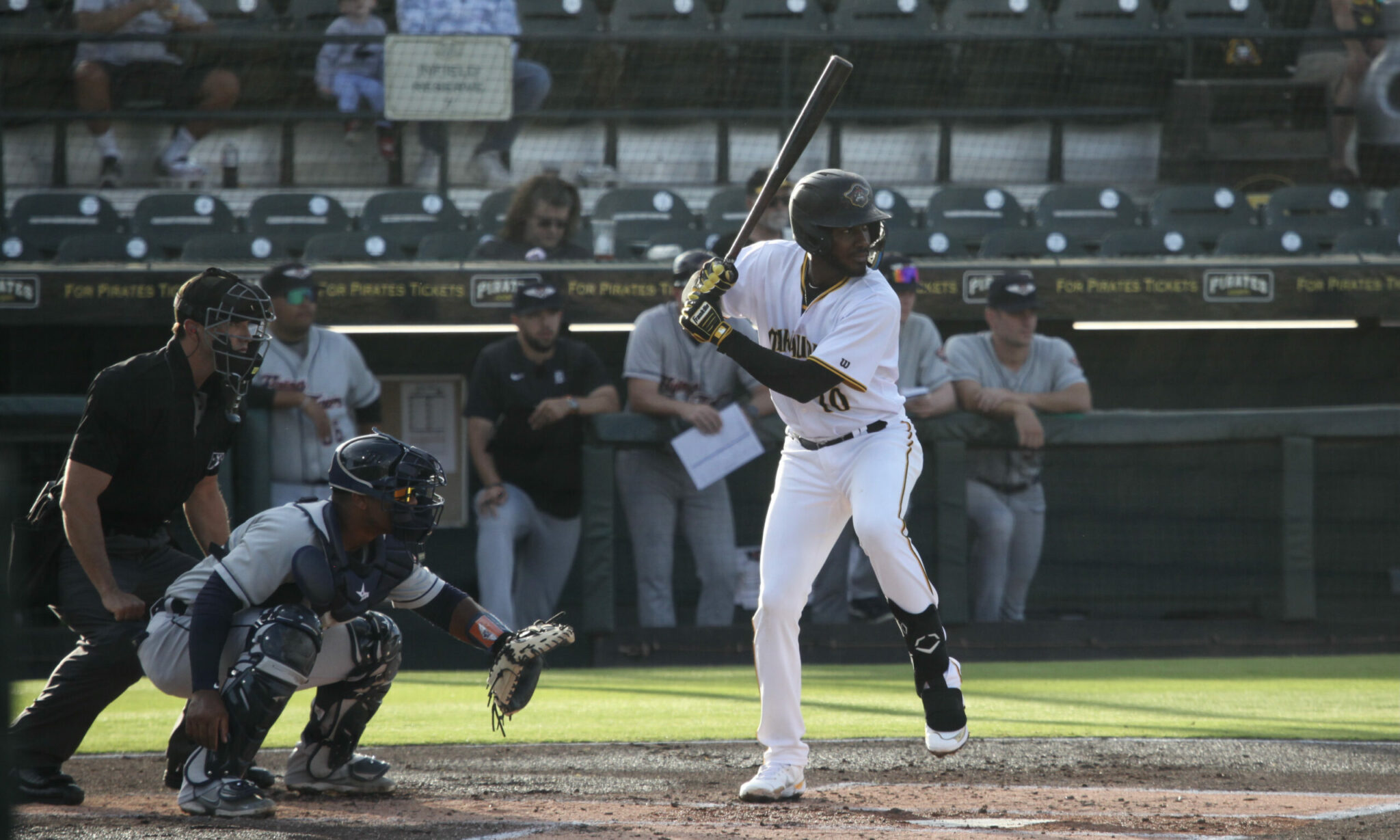 After beginning the year with the Pirates, Miguel Yajure was recently optioned to Triple-A. In six appearances with the major league team, posting an 11.32 ERA with six walks and four strikeouts across 10 1/3 innings.

In his first start with the Indianapolis Indians, Yajure pitched two hits while only allowing a single hit. Of the six outs he recorded, five were by way of strikeout.

Miguel Yajure made his first appearance with Indianapolis on Sunday. Here's a look a look at his two innings of work. #LetsGoBucs pic.twitter.com/ofvaOPllNA

The 20-year-old Jerez made the jump from the Florida Complex League to Bradenton this year, and while he has struggled (.188 average, 35.7 K%), he came through with a big hit for the Marauders on Sunday.

Some highlights from the Bradenton game today, Juan Jerez with a RBI double in the bottom of the 8th #LetsGoBucs pic.twitter.com/yiqIuFoLpc

The double was his fifth extra-base hit of the season. He was in the midst of more of the action, as the fly out he hit was dropped by the outfielder, leading to the Marauders winning by way of walk-off.

Finally, the Marauders win by way off a walk off error with Juan Jerez at bat #LetsGoBucs pic.twitter.com/dCd6ulF1ou

Following up Jerez’s RBI double was Mike Jarvis’ base hit that scored the runner from third and further extend the Marauders lead.

More from Bradenton. Mike Jarvis follows up Jerez’s double with a run scoring base hit of his own #LetsGoBucs pic.twitter.com/Jt3ZJBtpJz

Not much offense in the series finale for the Altoona Curve in Erie, the majority of it coming this hit by Brendt Citta that scored two runs.

Some good defense from Indianapolis and two of their infielders, with Rodolfo Castro and Hoy Park with making great grabs.