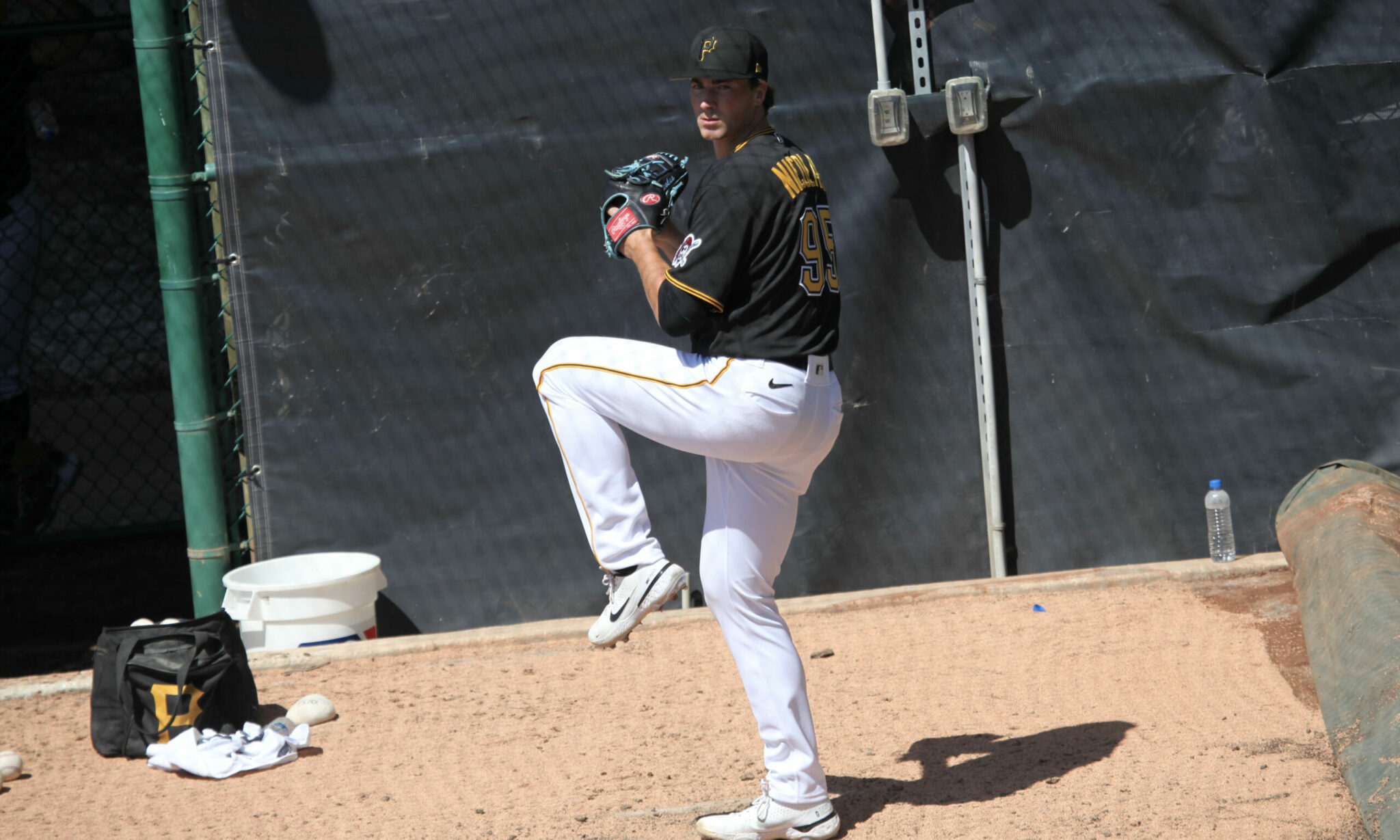 Outside of his start against New Hampshire that saw him surrender eight earned runs over two innings, Kyle Nicolas has been absolutely incredible for the Altoona Curve so far this season. His ERA currently sits at 4.12 after his most recent outing, but if you take that bombing he took, he has an 0.51 mark in the rest of his starts combined.

The only other run he has allowed came in his most recent start against Erie, pitching five innings, allowing three hits and a walk while striking out six.

Since being called up to the majors two weeks ago, Jack Suwinski is slowly finding his footing with the Pirates. He’s played great defense in right field, getting credit for either three or four runs saved depending on what site you visit (Fangraphs and Baseball Reference) and the bat is slowly coming around.

While he’s batting just .222 on the season, he’s collected hits in three straight games, his latest going for his first career major league home run that opened things up for the Pirates against the Los Angeles Dodgers.

After giving up four runs in 3 1/3 innings on April 17, Joelvis Del Rosario has allowed two runs or less in each of his last three starts for the Marauders. He pitched Sunday, logging his second straight start of five innings, this time striking out six batters along the way.

Here's a look at some of the highlights from Joelvis Del Rosario's latest start this past Sunday. He struck out 6 in 5 innings pitched, allowing just two runs. That's back to back outings of 5 innings now for the 21 year old. #LetsGoBucs pic.twitter.com/V1QtH1Lgnw

The 21-year-old righty has 19 strikeouts and six walks in 19 2/3 innings pitched this year.