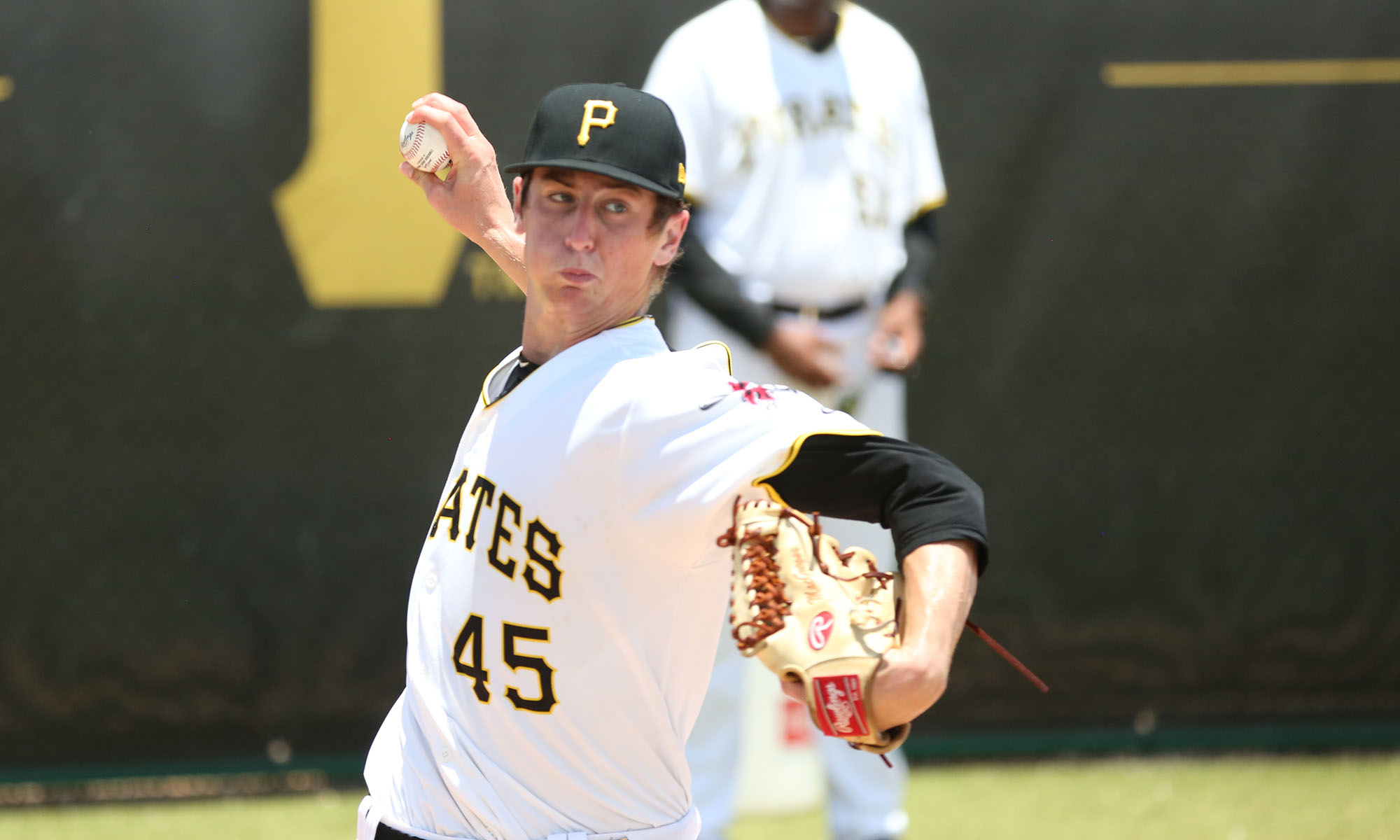 Four night games on the Pittsburgh Pirates minor league schedule. After a rough 2021 for Travis MacGregor, who missed two full seasons due to injury, he gets his first start of the season tonight for Altoona.

Chase De Jong had an outing on Wednesday night that will be hard for anyone else in the Pirates system to match this season. He tossed seven no-hit innings on two walks and nine strikeouts. He threw 80 pitches, with 49 going for strikes. Austin Brice and Yerry De Los Santos closed out the no-hitter with one inning each. The trio ended up facing just one batter over the minimum.

Rodolfo Castro connected on his first home run of the season. He also drew two walks and scored two runs. Cal Mitchell had two hits, including his second double, and he drove in two runs. Mason Martin hit his fourth double and picked up an RBI. Ji-hwan Bae had a single, run scored and his fourth steal. He’s batting .375 with hits in all seven games this year. Oneil Cruz went 0-for-4, but he drove in a run and stole his third base.

Altoona lost 10-6 on Wednesday night, as one big inning changed the entire game. Travis MacGregor made his first start of 2022 and ran into trouble in a rough fourth inning for the Curve. He allowed one run over the first three innings, but gave up three runs in the fourth before he could record an out. Bear Bellomy took over in the fourth and he allowed five runs before the inning was over. It was his only inning of work and he gave up five hits, including three homers. Zach Matson took over in the fifth and threw two scoreless innings. Oliver Garcia allowed one run that was unearned in his two innings of work.

The Curve had 14 hits in the games, but they were all singles. They also had just one walk, with 12 strikeouts. Lolo Sanchez and Blake Sabol each had three hits, a run scored and an RBI. Sabol has a .500 average at this very early point in the season. Sanchez has a .385 average, though he has no walks or extra-base hits yet. Matt Fraizer and Nick Gonzales each had two hits, with Gonzales drawing the only walk.

Sean Sullivan was an eighth round pick of the Pirates last year, but he did not pitch after signing. He made his pro debut tonight and had a solid performance, allowing one run over three innings of work. He finished with three hits, one walk and three strikeouts. He threw 31 of 50 pitches for strikes. Grant Ford took over in the fourth and had two scoreless innings. Eddy Yean threw one inning and allowed a run on two walks, with no hits. Garrett Leonard and Tyler Samaniego each threw a shutout frame. Oliver Mateo had a rough inning in which he walked four and gave up three runs. He recorded two outs before being replaced by Cameron Junker, who got the final out.

Everyone pitched in on offense, as Greensboro won 12-5. Sammy Siani had quite a day with four walks and a single in five plate appearances. He scored twice  and drove in a pair. Hudson Head hit his first homer and walked twice. He had two RBIs. Henry Davis had two hits, including his first double. He scored twice and picked up an RBI. Endy Rodriguez drove in a pair with his fourth double. Abrahan Gutierrez hit his third double. Maikol Escotto had a double. He is 3-for-18 this year with three extra-base hits, no walks and ten strikeouts.

Luis Peralta made his first start of the season and went four no-hit innings (earlier boxscore said he allowed one hit and one run) He walked two and picked up seven strikeouts. He threw 56 pitches, with 33 going for strikes. Xavier Concepcion followed with two shutout innings on one hit and one strikeout. He threw 22 of 30 pitches for strikes. Wilkin Ramos took over in the seventh and threw three shutout innings to close out the 4-0 win. Bradenton had eight hits and four of them went for extra bases. Jacob Gonzalez hit a solo homer. Tsung-Che Cheng had two hits, including his second double, as well as a walk. Sergio Campana had two hits and an RBI. He hit his second double. Wyatt Hendrie hit his first double.