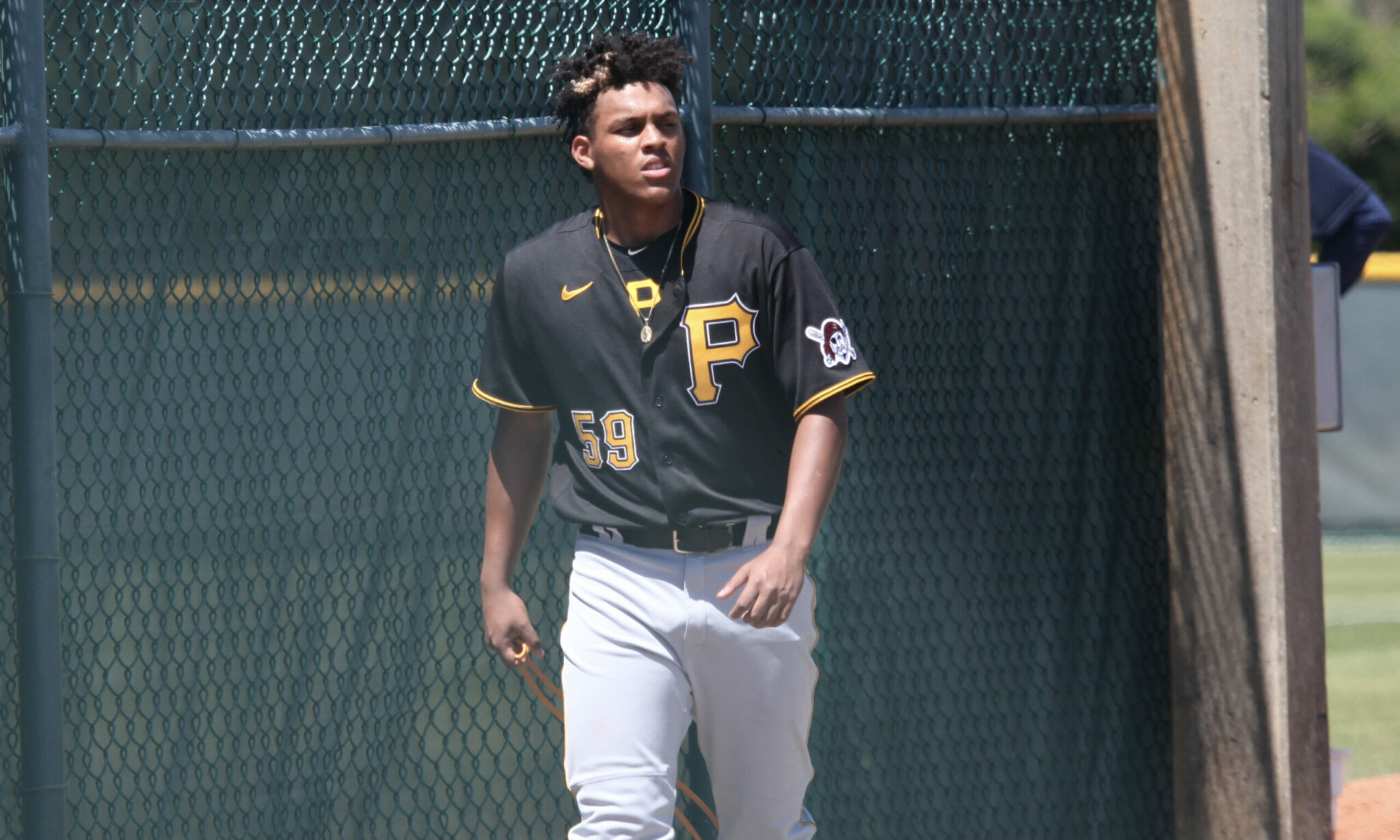 In transaction news, the Pirates released outfielder Chris Sharpe.  He was a 14th round draft pick in 2017.  In four years in the system, he batted 238/331/379.  Sharpe batted just .196 with Indianapolis last year and hadn’t appeared with them this year, no doubt due to the outfield depth there.

Indianapolis (10-8) narrowly missed its second no-hitter in less than two weeks, but prevailed over Iowa, 4-0.  It wasn’t especially easy, as four Indy pitchers walked nine batters.  Starter Osvaldo Bido needed 70 pitches to make it through three and two-thirds innings, because he walked five.  Cam Vieaux needed only 36 to throw three innings, helped by one five-pitch inning.  Eric Hanhold threw an inning and a third.  Yerry De Los Santos fanned the first batter in the ninth, but gave up a one-out single to P.J. Higgins.  Indy got enough offense, much of it coming from Mason Martin and Taylor Davis.  Martin stayed hot, registering a double and a triple.  He’s now batting .328, with 15 of his 20 hits going for extra bases.  Davis had two singles and drove in two runs.  Cal Mitchell, Rodolfo Castro and Oneil Cruz each had a double.

Altoona (8-8) evened its record with a 6-4 win over Akron.  Carmen Mlodzinski bounced back from a rough start to his season, throwing four scoreless, one-hit innings.  Zach Matson followed with two scoreless innings, and J.C. Flowers did the same in the seventh and eighth.  Flowers stayed on for the ninth, though, and couldn’t retire anybody.  He was charged with four runs.  Two of them scored after Colin Selby entered the game, but both came home on outs and Selby retired all three batters he faced.  Nick Gonzales and Carter Bins both woke up a bit from extended slumps.  Gonzales had a single, double and walk, and Bins had two doubles.  Matt Fraizer also had a double, and Liover Peguero had a double and a single.  Jared Triolo reached three times, on a single and two walks.  Andres Alvarez hit his third home run, giving him the same number as Oneil Cruz and Henry Davis combined.

Greensboro (6-10) had a bad one, losing 17-1 to Rome.  Adrian Florencio retired only four batters, allowing nine runs.  Grant Ford and Michell Miliano combined to allow another four runs, and Oliver Mateo gave up two unearned runs.  Eddy Yean managed a scoreless inning.  Singles by Matt Gorski, Maikol Escotto and Abrahan Gutierrez were the only hits.  Henry Davis had a walk and his eighth hit batsman.

Bradenton (9-7) got big days from several hitters and beat Dunedin, 9-6.  Tsung-Che Cheng had four hits, and Jacob Gonzalez and Rodolfo Nolasco each three.  Cheng had a double and his second home run, and scored three times.  Gonzalez had a double and is now batting .471.  Nolasco broke out of a slump to belt his first two doubles and first longball of the season.  Nolasco and Cheng each had a steal as well.  Brenden Dixon added a triple.  Carlos Jimenez started and allowed two runs, one earned, over three and two-thirds innings.  He fanned four.  Nick Dombkowski followed with three and a third hitless innings, striking out six.  Xavier Concepcion ran into trouble in the eighth, giving up four runs.  Wilkin Ramos closed it out with a scoreless ninth, although he had to leave the bases loaded.