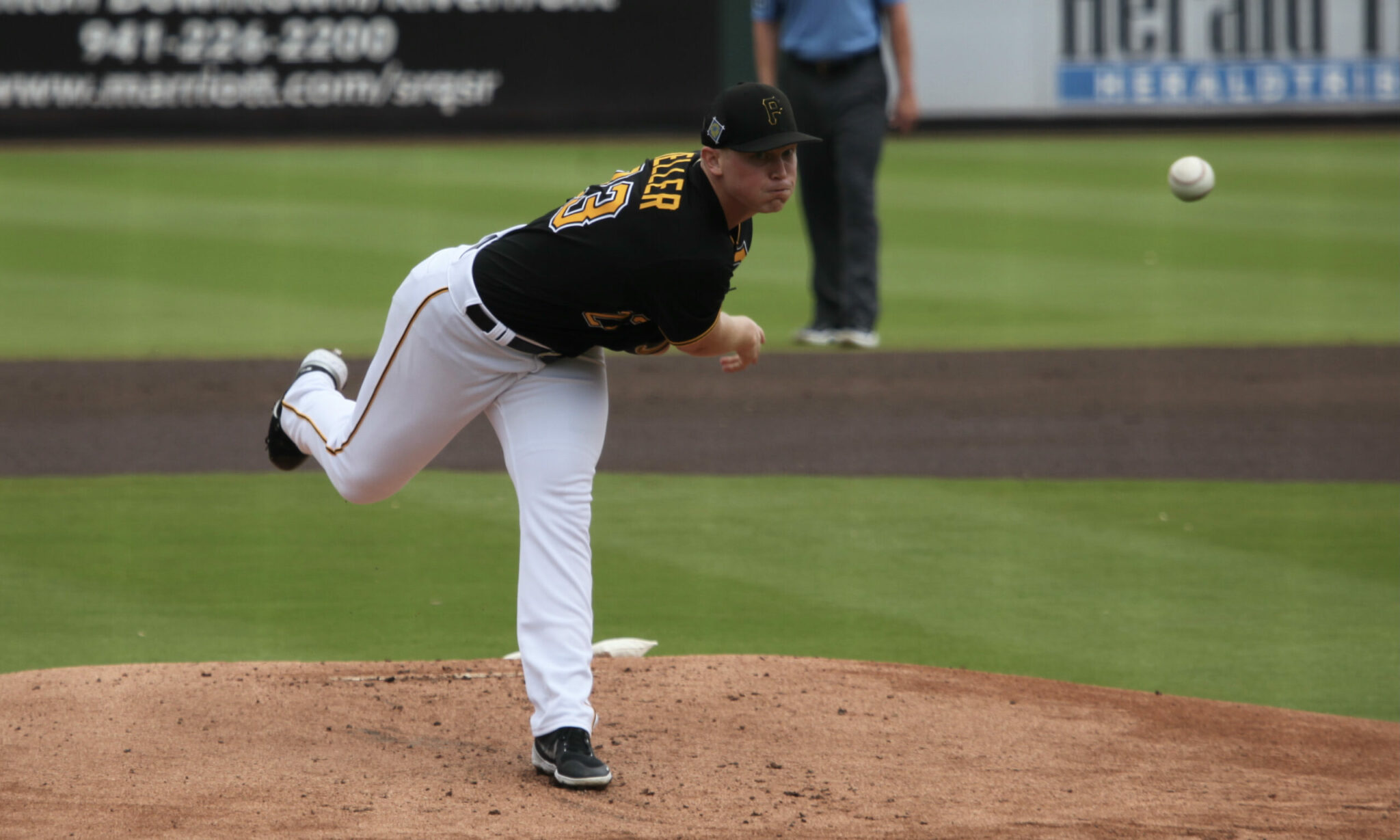 I’m optimistic about the long-term future of the Pittsburgh Pirates rotation.

That’s a scary sentence to type when discussing a team whose rotation was one of the worst in the big leagues last year. Their combined WAR ranked 28th, ERA 29th, and FIP 27th in all of baseball.

The three starters who made the most starts last year were Wil Crowe, JT Brubaker, and Mitch Keller. All three will return this year.

Brubaker was just named the Opening Day starter. Keller has been a highlight of this offseason with the adjustments he’s made and his easy velocity. Crowe is in competition for one of the final spots in the rotation, and should make starts in Pittsburgh this year.

I’m a believer that Keller can be a top of the rotation guy in the majors, and my hope is that we’re seeing that transition this offseason.

I’ve been high on Brubaker as a starter for years, and feel that he’s got more upside than most of the starters competing for the final spots.

Crowe gets lost in the mix for me with the new guys like Bryse Wilson and Miguel Yajure. The Pirates are obviously high on them, and all three should get a shot in the rotation this year. I am just showing my bias in not having covered these guys their whole careers like I have with Keller and Brubaker.

I like the addition of Zach Thompson to the group. In his rookie season with the Marlins, Thompson put up a 3.24 ERA in 75 innings. The Pirates acquired him, along with RHP Kyle Nicolas and OF Connor Scott, in exchange for Jacob Stallings.

I’m also looking forward to the additions of Roansy Contreras and Quinn Priester. I expect Contreras to be full-time in the rotation by the end of this year, with Priester following his path one year later.

The immediate trio of Keller, Brubaker, and Thompson, plus the additions of Contreras and Priester in the next year gives the Pirates a solid foundation for their rotation.

Obviously not everything will go right with that group. The Pirates do have depth beyond those guys, whether the trio of Crowe/Wilson/Yajure, or one of the many starting prospects making their way to the majors. That includes Mike Burrows and Carmen Mlodzinski, who could both arrive in the next year.

There is enough depth, and enough positive momentum from these starters, that I could see the Pirates in much better position with their rotation, potentially only looking for one veteran starter to add to the mix next offseason.

That would require a lot of the internal guys to step up this year. If the Pirates can get that from at least three starting spots, they would set themselves up to be in good position to contend going forward.

**Tomorrow we will be releasing the Pirates Prospects Top 30! We will also have individual team season previews, as well as sleepers and team top 10s this week.