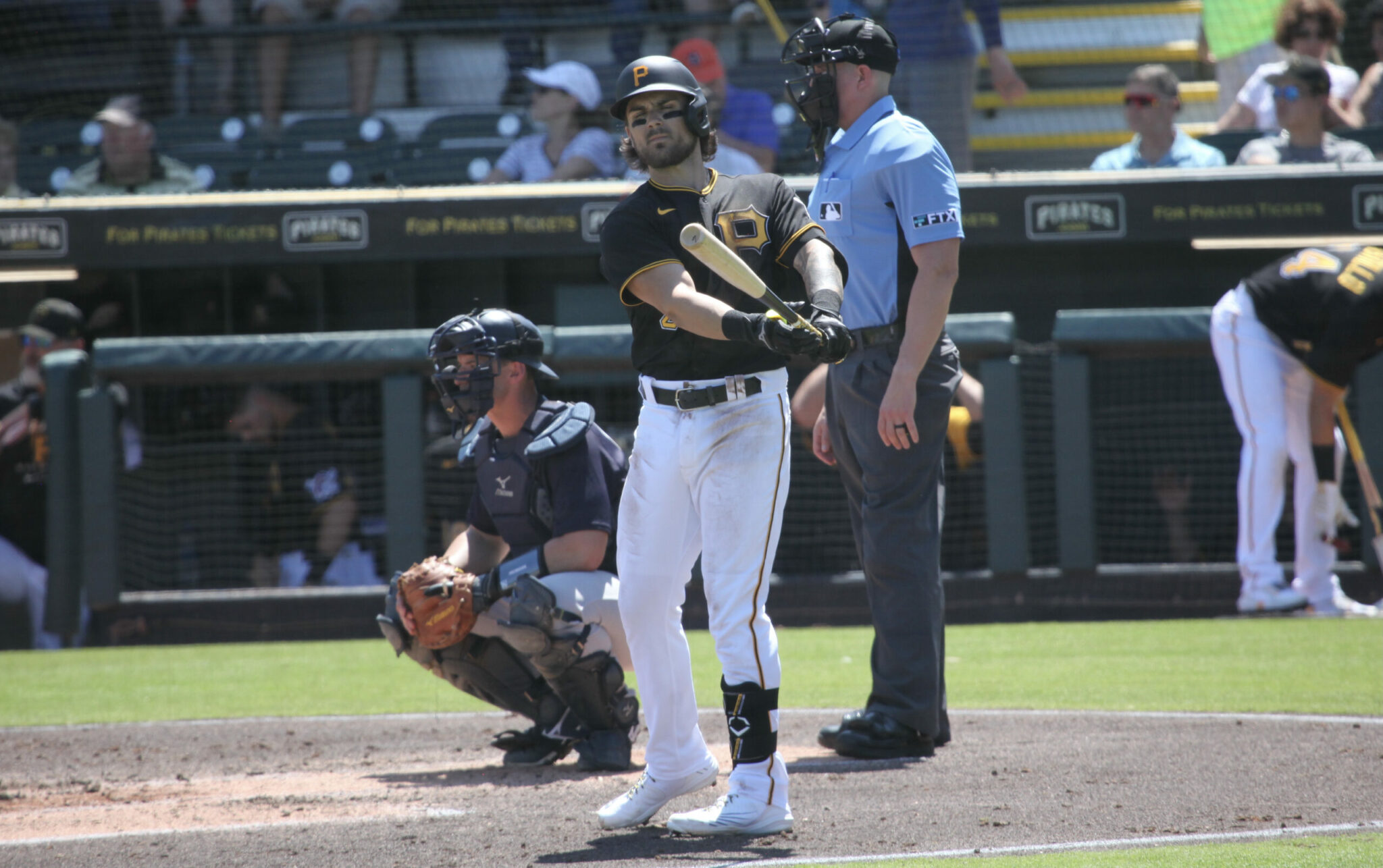 Through his short tenure with the Pirates so far, you can kind of get the feeling when Ben Cherington is high on a player. He technically acquired Abrahan Gutierrez twice after the original trade fell through.

After not being able to get the San Diego Padres to give up Tucupita Marcano in the Joe Musgrove trade, he circled back when he eventually sent Adam Frazier out west.

When it comes to Michael Chavis, Cherington drafted him in the first round back in 2014 during his time as the Boston Red Sox General Manager. He then acquired him in a trade at the deadline last year, shipping reliever Austin Davis to Boston in the deal.

In his brief time in Pittsburgh, Chavis went 15-24 (.357) with three doubles and a home run, playing third and first base, along with right field.

Entering the 2022 season it appeared that Chavis was in the mix to be the team’s starting second baseman, although he has gotten reps in at first and third base as well in Spring.

It has been a rough start for Chavis, who has just five hits in his first 24 at-bats, with two of those coming on Saturday.

One of them was this home run.

The return of Michael Chavis. pic.twitter.com/9lfV8PDOos

He also made a couple of slick grabs at third base in the Pirates big win against his former team. Getting a game in at third base is big for Chavis, especially with the uncertainty behind Ke’Bryan Hayes but also it puts him in position to get on the field more.

With Daniel Vogelbach and Yoshi Tsutsugo both being lefties, Chavis does have the opportunity to take advantage of being a righty that can play first. He just needs to hit more like he did on Saturday.

It’s getting a little bit redundant on this end, as Castillo has now hit a home run in three straight games, and also four of his last five.

Diego Castillo is the man. pic.twitter.com/OzdcZnbcwx

Castillo is making it really hard for the Pirates not to include him on the Opening Day roster. In case you were wondering, Castillo has homered off of Gerrit Cole and now Nathan Eovaldi, two of the better pitchers in the American League.

The first draft pick of the Cherington era, Gonzales quickly became one of the best second base prospects in baseball and has shown flashes of it during Spring.

Get that run in.

Nick Gonzales knocks his second two-bagger in as many games for the @Pirates.

Tool grades and more for MLB's No. 20 prospect: https://t.co/FhtDhgF9XK pic.twitter.com/CmOwCWPBa8

Gonzales went 2-for-4 on Saturday, with an RBI double off of Austin Davis. He has five hits in 11 at-bats this Spring, two of which have been doubles.