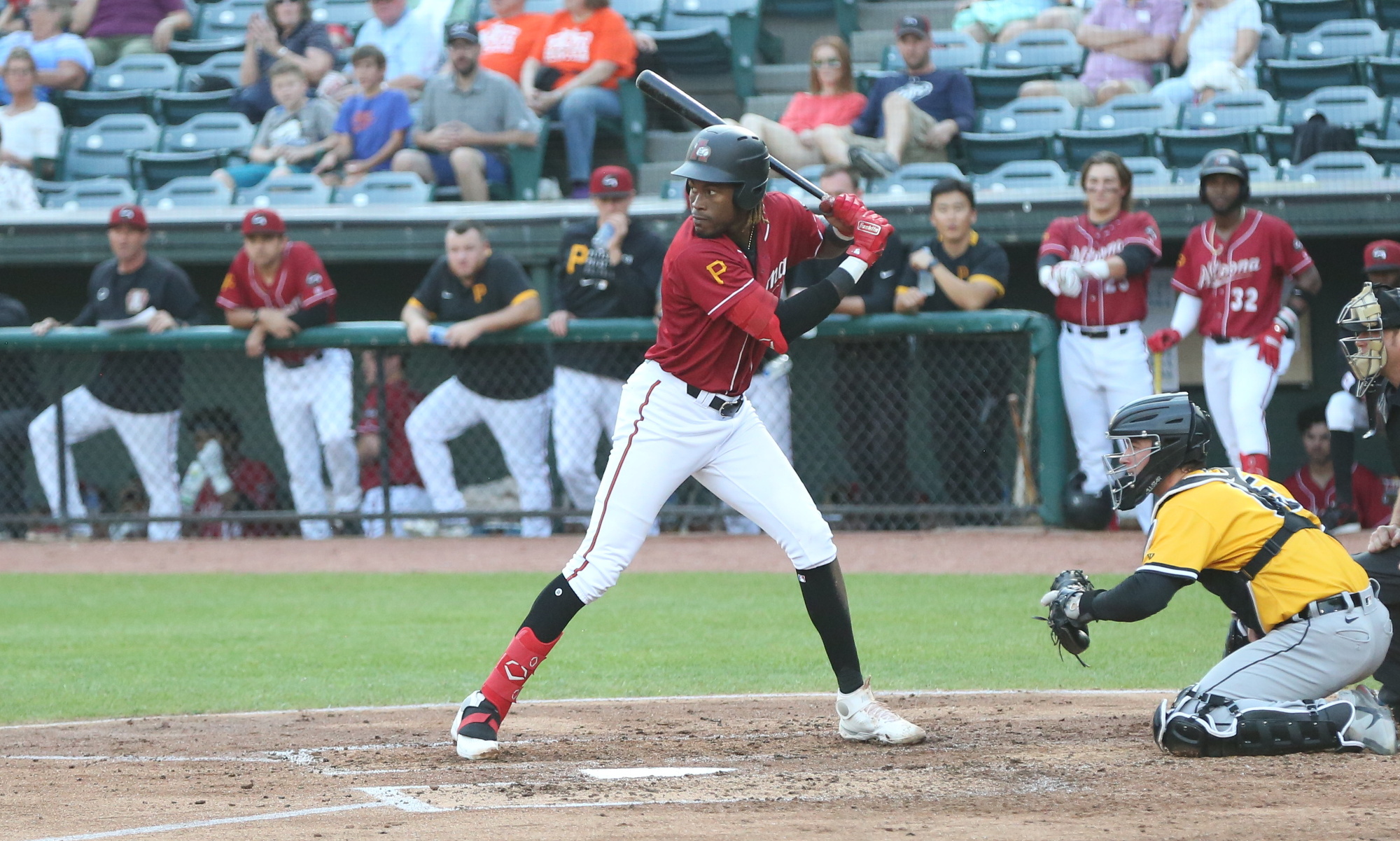 It was a big year for Oneil Cruz, as after starting the year with the Altoona Curve, he made his way all the way to the majors, making his debut during the last weekend of the season.

He gave a little bit of a taste of what the future holds, sending one into the stands, and the hope was he would use that momentum to start the year with the Pirates.

While that ended up not being the case, the Indianapolis Indians are more than happy to be getting a look at the massive prospect for however long he remains there. If he puts up the numbers he did in his brief Triple-A stint last year, it probably won’t be for long.

Just your casual 6-foot-7, No. 14 overall prospect taking some BP.

In six games with the Indians last year, Cruz posted a 1.941 OPS, with five home runs, along with drawing eight walks.

This Spring he has shown that same power, hitting a couple of massive shots while going 5-for-15 with the two home runs as well as scoring four runs.

The righty was an internet sensation during the offseason for his workout sessions that was posted on social media. He turned that into a successful start to the Spring. In what was his final tuneup before the start of the season, Keller was hit around a bit.

Pitching 3 2/3 innings, Keller allowed eight hits, four runs, walked two while striking out five batters. Clearly it wasn’t his best start, as he had an issue locating his pitches. Keller did do a good job at limiting the damage, escaping a bases-loaded with no outs jam only giving up a lone run.

He did show some of that swing and miss stuff, along with the high velocity in the first inning, striking out the side in the process.

Because we can’t seem to go a day without Diego Castillo doing something, here is the sacrifice fly he registered, scoring Greg Allen.