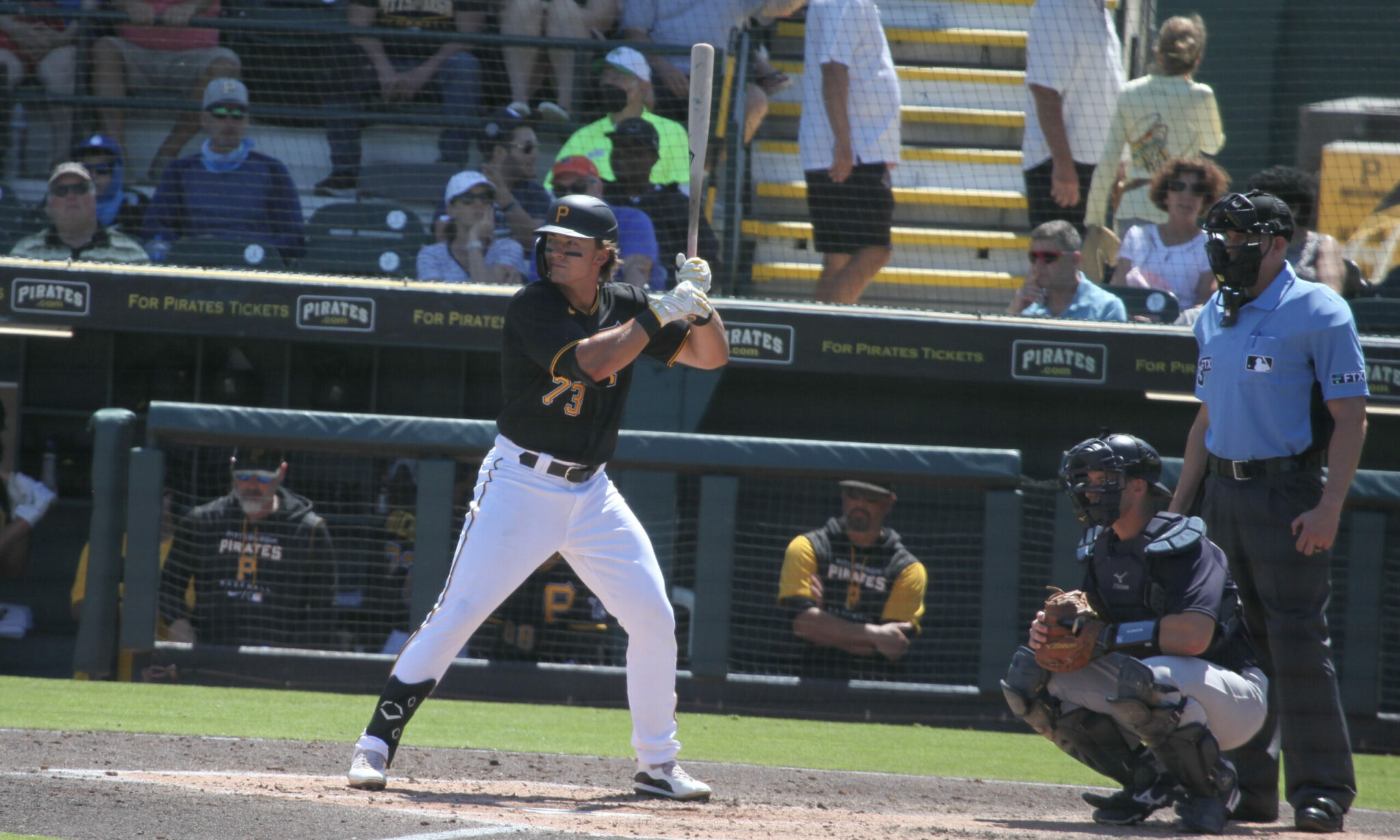 A 25th round pick back in 2019 out of Washington State, Andres Alvarez got into his first pick of game action this season and made sure he made an impact.

Alvarez recorded  a .959 fielding percentage with Greensboro last year playing all around the infield, and showed off the glove early on in Altoona’s loss on Sunday.

Andres Alvarez with a diving stop and throw to get the third out of the inning or Altoona. #LetsGoBucs pic.twitter.com/fVAw45zMhm

That play ended the top of the second inning with Luis Ortiz on the mound. Five innings later, Alvarez stepped to the plate, looking for his first hit of the season.

Andres Alvarez with a slick play in the field earlier in the game, now making a play with the bat! He hits a HR to dead center, making the score 5-3 #LetsGoBucs pic.twitter.com/n3mx4B7iSr

The 25-year old Alvarez finished the day 1-for-4 with the lone hit that solo shot to deep center field. He hit 15 extra-base hits, six home runs, in 40 games last year with Greensboro at High-A.

Mason Martin is no stranger to highlight reels, and his entire Sunday performance can be added to his. Playing as the designated hitter, Martin went 3-for-5 with two doubles and his first home run of the season.

Mason Martin ding dong! He goes deep to tie the game at one #LetsGoBucs pic.twitter.com/u4QZYJAeGD

After doubling in his first at-bat, Martin went deep in the bottom of the fourth inning, a solo shot that tied the game at one.

He later doubled for the second time in the game, with the bases loaded, scoring two on the hit. Of Martin’s seven hits this season, five of them have gone for extra base hits. He hit 56 total extra-base hits during the 2021 season.

Mason Martin having himself quite the day! His second double of the game scores two! #LetsGoBucs pic.twitter.com/u6lvzU8zop

Acquired in the Jacob Stallings trade, Connor Scott is a former first round pick who picked up his first multi-hit game in the Pirates system. He finished the day 3-for-4 with this RBI triple (was originally ruled a double, with Scott advancing on the throw that went home).

Connor Scott’s RBI double that tied the game up at 2 #LetsGoBucs pic.twitter.com/yOEKam8Lwl

Scott is now 4-for-8 on the season, playing in two of the team’s three games over the weekend.

After struggling as a member of the rotation, Wil Crowe may have found a home in the bullpen for the Pirates. After pitching two innings of shutout baseball in relief on Opening Day, Crowe came in again to close out Sunday’s win. Pitching the final two frames of the game, Crowe struck out two, while not walking anyone.

Now coming out of the bullpen, he’s been able to dial up the fastball, hitting up to 97 mph with it.

No way should Newman’s defense move Castro to bench. Newman…